In just twenty-four hours, the Government of Volodímir Zelenski has reorganized its fiscal leadership, a key piece of its organization chart, injured since last week the president dismissed the previous attorney general, Irina Venediktova, for the alleged collaboration with Russia of dozens of employees. of your department. The appointment of his successor, Andriy Kostin, approved by Parliament on Wednesday, is now joined by the new head of the Specialized Anti-Corruption Office, Oleksander Klimenko, as reported this morning by the head of the presidential cabinet, Andriy Yermak. The two positions are essential in the midst of the war to promote the investigation of war crimes. In addition, the election of Yermak is essential to meet the transparency and anti-corruption requirements imposed by the European Union to continue the process of accession of kyiv to the community space and the delivery of hundreds of millions of euros in aid.

“Kostin has approved the appointment (of Klimenko) immediately after accessing himself to the position of attorney general,” said Yermak, before assuring that the election has taken place in a “fair” vote by a majority of deputies. Zelensky’s adviser acknowledges that the Prosecutor’s Office has a “great mission ahead” consisting of “bringing Russian criminals to justice.” An investigation led by Irina Venediktova until her surprise dismissal. At 43, the former attorney general was the first woman to hold this position in March 2020. Focused on unraveling corruption crimes, the Russian invasion in February changed the priorities of her office, moving to lead the documentation of war crimes . Venediktova had become popular for going town to town all the conflict zones in Ukraine in search of testimonies and evidence with which to legally prove the human rights attacks by the Russian military. The jurist and law professor collected some 15,000 cases including murders, rapes, looting and torture and at the end of May she announced that her department had identified at least 80 war criminals.

Irina Venediktova was suddenly expelled from her post along with the head of the Intelligence Services (SBU), Ivan Bakanov, in a process that Zelenski himself described as “self-purging” to apparently combat the infiltration of “traitors” in his cabinet. The president assured that both had made an “inadequate performance of their duties with the consequent cost of human lives” by not realizing that more than 60 employees of their offices “worked against our State” from the territories invaded by Russia. According to Zelenski, members of the local security forces also maintained a relationship with the Kremlin espionage service.

The new attorney general, Andriy Kostin, studied law at the University of Odessa, one of the cities hardest hit by Russian artillery. After graduating in 1995, he worked as a lawyer for various law firms. Politically, he has served as a deputy for the ruling party, Servant of the People, since 2019. Although he once presented himself as a candidate to head the Anti-Corruption Prosecutor’s Office, his nomination was ruled out, among other reasons, due to non-compliance with the principle of political neutrality required by the position by belonging to the government party.

For his part, Oleksandr Klymenko comes to this Prosecutor’s Office after a long career as an anti-corruption detective. He has investigated well-known cases in Europe, such as that of former Party of Regions politician Oleksandr Onishchenko, who left Ukraine in 2016 after being accused of corruption and money laundering, or that of Roman Nasirov, head of the State Tax Service arrested under an indictment for embezzlement in 2017. The appointment of the new anti-corruption prosecutor reassures Volodímir Zelenski: the pressures surrounding a position as complex as it is a target of interests had prolonged the race excessively, to the extreme of the EU, the United States and the G-7 last year transferred to the Ukrainian president their discomfort at the delay in the appointment.

How to Invest in the Stock Market

Thu Jul 28 , 2022
If you’re looking for information about how to invest in the stock market, you’ve come to the right place. We’ll discuss small-cap stocks, large-cap stocks, and high-yield stocks. Warren Buffett recommends that you hold on to prospective stocks for at least 10 years. He’s right. You should never get out […] 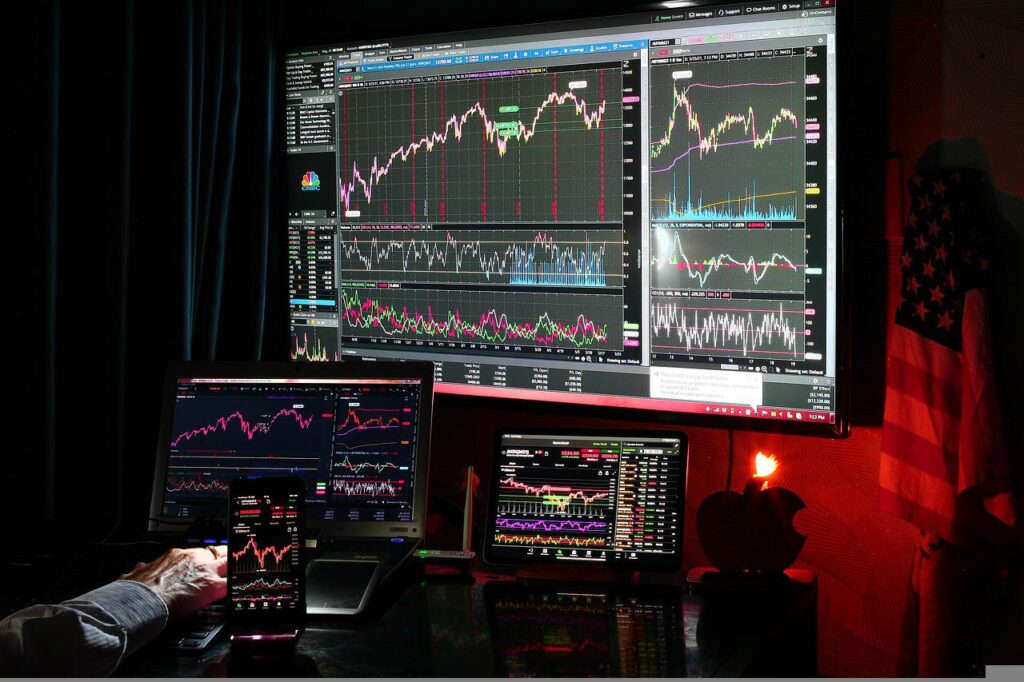