The GameFi or blockchain gaming industry was one of the fastest growing industries of 2021. Thanks to its advanced technology, games to earn money have reached unimaginable heights, and tokens related to them are starting to make a name for themselves in the world of cryptocurrencies. .

As this 2022 promises to be another year of exponential growth, in this article we present you the games that GameFi fans should not lose sight of.

What are GameFi tokens?

Simply put, GameFi is a combination of gaming and decentralized finance (DeFi). It is based on blockchain technology and allows players to own their own virtual items within the game.

GameFi games differ from traditional video games in that they are based on a “play-to-earn” model, with which players earn money thanks to their skill in the game or the effort made; Of course, luck does not come into play here, as it happens in a bitcoin casino, for example.

Thus, GameFi tokens are the in-game currencies that players are paid in and can then use to trade with other players. Those who have tokens have a compelling reason to use them: each transaction contributes to increasing the value of the coin.

The pioneer of games to win money celebrates his fifth year and does so with iron health. Based on the famous Pokémon franchise, Axie Infinity became popular thanks to its customizable game structure, which allows users to collect digital creatures called Axies. Players can sell them or use them in different battle situations to earn more tokens.

The coin’s market capitalization of nearly $3.5 billion puts it at the forefront of the GameFi world, though many experts believe it still has more to go after last year’s spectacular growth of over 17,000%. One of the reasons for this optimism is the new version of Axie Infinity, which allows users to burn their NFTs.

Despite its good positioning, there are other games that aspire to occupy the throne of AXS.

The price of GALA has doubled in six months, although, according to its developers, the best is yet to come. Of its seven games, only one has been published, Town Star (a virtual city-building platform), which has been a resounding success. This portends that the remaining six will have a similar reception, which could shoot the price of the token well beyond its current level, located around $0.28.

Gala gives players the ability to own and run different slices, giving it the feel of online co-op. Recently, it expanded to join Ember Entertainment, a successful American video game developer.

If GALA manages to take advantage of the momentum gained in 2021, it is very likely that this year we will hear a lot about it.

The last six months have been something of a roller coaster ride for YGG, with highs of over $11 in November and drops to as low as $2.23 in late January.

Since then, it has recovered slightly to $4, and the outlook for 2022 is optimistic. YGG is a good example of a gaming guild (hence its name): it involves buying various in-game assets and lending them to other members to play with. YGG takes a cut of any in-game earnings, so everyone wins.

Guilds are a booming trend, and Yield is the best placed of all. If 2022 is the year of guilds, YGG will grow exponentially.

Sandbox has had an extraordinary year after the success of its metaverse ecosystem. It was recently in the news because Snoop Dogg bought a “digital piece of land” on it and auctioned off a portion of it for a fan of his to buy real estate in the area, now known as the “Snoopverse,” for nearly half a million dollars.

Future growth builds on Sandbox’s ambitious plans for its metaverse. Together with several Hong Kong business partners, the platform aims to build an online megacity, with special events related to music, movies and video games in which users will be able to participate.

As with most cryptocurrencies, the SAND currency is subject to ups and downs, but 2022 may be the year that the success of its metaverse sends its price skyrocketing to levels never seen before.

Mobox is a gaming platform that combines NFT and yield farming in a free-to-play environment. In December it reached a maximum of 15.44 dollars. However, its price fell sharply to $2.33 a month later, making it a rather volatile investment. Now, its appeal is undeniable: Mobox is one of the best crypto game projects in the Binance Smart Chain (BSC) ecosystem, and several forecasts place it very soon at the maximum values ​​of last year.

Thu Mar 31 , 2022
Cover of the FITNESSGYM section of the digital magazine CMDsport, number 447, and pages that are included in this edition in the aforementioned section. (31-3-2022). The evolution of the last two years registered by the Spanish fleet that make up the main 24-hour gym chains shows that Anytime Fitness and […] 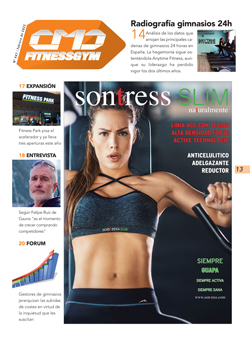