After the scheduled water cuts announced for some districts of Santiago, the red alert immediately went off in the energy sector. The possibility of electricity rationing also appears and worries. What is being done to avoid such a scenario?

Santiago de Chile.- As explained by Eduardo Andrade, Executive Secretary of ACEN (Chilean Association of Energy Marketers), last April the Ministry of Energy summoned a series of entities, including ACEN, to form part of a working group on Electrical Safety. “This in order to analyze strategies to guarantee the supply of diesel throughout the country during this year.”

“The instance also aims to study the implementation of mechanisms for the management of energy demand. Considering that the current government recently took office, we believe that this call is moving in the right direction”.

Luis García Santander, an academic from the Department of Electrical Engineering at the University of Concepción and Executive Director of the Bío Bío Energy International Congress, also looks favorably on this initiative. “The creation of the Electrical Safety Committee is a sign that the issue is a concern for the government.”

“This work commission seeks to avoid rationing this year, glimpsing what could happen in a similar or worse scenario in 2023.”

We haven’t reached the critical point yet.

Without a doubt, the creation of this working instance is welcome. But, with a galloping mega-drought that has affected the country since 2007 and that today has the reservoirs at their limits (90% have a deficit compared to the historical average), shouldn’t the authority apply Decree No. 51?

It should be remembered that in June 2021 the government of Sebastián Piñera issued this resolution, establishing that the National Energy Commission (CNE) can rule on electricity rationing, in the event of a deficit occurring or projected in the matrix.

Faced with the outlined question, García clarifies that the decree sought to cover two important aspects. “First, make citizens aware, both regulated users (residential, commercial, SMEs) and free clients (large industries, shopping malls, universities), that there was an energy deficit. If a joint effort was not made to reduce consumption or use the resource more efficiently, scheduled power outages were highly likely.”

The other aspect that Decree No. 51 pointed to, details the expert, was to prevent the business and service sector, so that they prepare themselves in time to ensure the continuity of their production processes. “This by installing auxiliary energy support services, such as generators, or by scheduling more efficient production shifts.”

“To date, it has not been necessary to apply this decree, since the most critical point has not yet been presented,” says García. Similarly, the academic states that, according to projections, demand has actually been somewhat reduced and it seems that large consumers have established strategies to avoid rationing.

Cuts: high impact on the population

Andrade, meanwhile, thinks exactly the same, asserting that Decree No. 51 determined that electricity rationing must be applied when the electrical system is in a rationing condition on a calendar day. “If in any bar of the electrical system the power contributions are not sufficient to supply the demand, in normal conditions of quality of service”.

“We understand that the national electricity system has not reached a critical condition, which is why it is not appropriate to apply scheduled cuts that also have a high impact on the population.”

In contrast, the ACEN spokesperson emphasizes the use of other tools, such as demand management.

In Andrade’s opinion, there are other short-term measures that can significantly alleviate the situation in which our current electrical system finds itself, “many of which are correctly identified in the aforementioned Decree No. 51.”

“Among these are the acceleration in the connection of projects; optimization in the use of stored energy and in the maintenance of generating units; in addition to other strategies promoted by the government, such as the delay in leaving coal-fired units out of service.”

To all of the above, Andrade adds an intense communication campaign in the media, “clearly anticipating the public that, if the hydrological situation does not change, we could be affected by electricity rationing.”

In this sense, García is more critical, ruling that there has been a lack of media coverage to warn the population about the real effects of the problem, both on television and radio, as well as on social networks.

“We must remember that between 2006 and 2007 Chile went through a major energy crisis, and thanks to the great campaign that the media deployed with direct messages to the population, it was possible to reduce consumption and thereby avoid power cuts.”

Another aspect of special importance to Andrade is the need to review the national decarbonization plan. “No longer the hydrological averages, but only the extreme conditions, should be incorporated into the studies normally used. This is the only way to obtain the effect of leaving coal-fired plants on the supply and costs of energy”.

While García also proposes incentives for the incorporation of photovoltaic systems in homes from batteries, in addition to incentives for photovoltaic storage systems. “The above would allow energy generated in the hours of greatest radiation to be stored, so that it can be used later in hours with the highest peak demand.”

Hopefully this whole set of tactics prospers. At this point nobody wants unpleasant interruptions in their activities due to lack of electricity.

Tue May 3 , 2022
If you like to explore, you may have already heard about this trend popularized mostly on YouTube but also on other social networks, known as Urbex. It is about looking for abandoned places where the passage of time and abandonment are notable. They are usually places like factories, castles, old […] 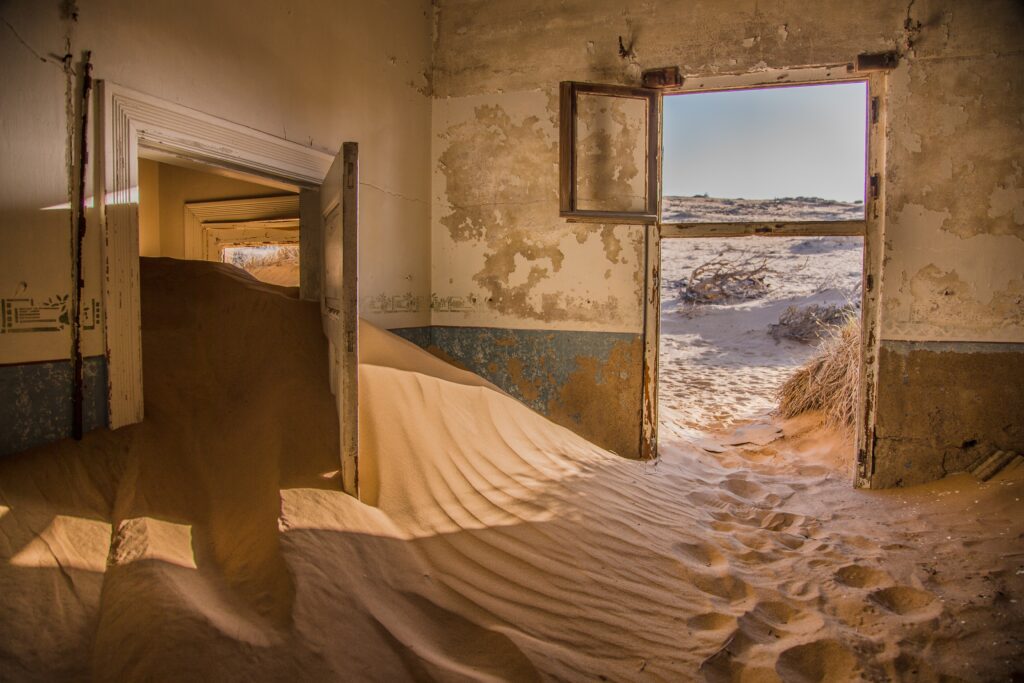