In 2021, US coal production rose sharply, while in 2020 it fell to its lowest level in 50 years. However, coal is experiencing a veritable renaissance under Joe Biden.

How does this fit with the president’s promises to limit the use of fossil fuels in the country, analyzes the IRTTEK Institute for Energy Magazine.

Moscow, Russia.- More than 40% of America’s coal is mined in the Powder River Basin, a 120-mile stretch along the Montana-Wyoming border. The US remains the world’s third largest consumer of coal, even after 25% of coal production capacity has been shut down in the last 10 years. According to the US Energy Information Administration, another quarter is scheduled to close before 2030.

In 2020, production reached the lowest level of the last 50 years. But suddenly, in 2021, the situation changed radically.

In the year of the COP26 climate conference in Glasgow, the US literally found itself ‘stained with coal’. Coal production increased by 7% in 2021. According to a new report from the Rhodium Group, coal consumption in the country increased by 17% last year compared to 2020 levels.

Peabody Energy, the world’s largest private-sector coal producer, posted its biggest quarterly profit in at least two decades. The company posted a net profit of $513 million in the last three months of 2021. In 2020, a loss of $129 million was posted.

The increase in coal production contradicts Joe Biden’s promise to achieve a 100% reduction in carbon emissions by 2035. Coal-fired power generation produces about twice as many carbon emissions as natural gas.

What has made the American president renounce his ecological campaign promises? Even under President Donald Trump, the best friend of America’s oil workers and miners, coal production has fallen steadily during his four-year tenure.

Finally, when 40 countries agreed in Glasgow to phase out coal by the end of the 2040s, the US did not sign the document, joining countries like China and India. At the time, Americans were mining for coal, yes with such persistence that coal stocks fell in the fall of 2021 to 2001 levels. As a result, the US ended the year with a rise in coal-fired power generation for the first time since 2014.

What is the reason for this unexpected increase in coal production? It turns out, even the high prices of natural gas. As always, as soon as there is a problem, an ‘old friend’ comes to the rescue: charcoal, tried and tested over the years.

But the International Energy Agency says the growth in coal production is unlikely to continue in the long term due to continued decommissioning of power plants. As well as competition from alternatives such as natural gas. And what happens if the price of gasoline goes up again? What if the coal mines are already closed at that time?

The US Energy Information Administration forecasts that coal production will increase 6% in 2022, as coal-fired power plants recover their inventory levels.

When the International Energy Agency outlined a path to zero emissions in early 2021, it noted that coal use in rich countries like the United States should be completely phased out by the 2030s and in developing countries in that of 2040. A similar plan was reflected at the Glasgow conference. Coal consumption in US power plants is projected to reach 160 million tons in 2030. In 2020, that figure was about 500 million tons.

But there is a view that the end of coal in the US may come more quickly and naturally, even without any government action. The fact is that investors are increasingly reluctant to invest in the mining industry. The industry is shrinking.

Thus, the increase in short-term production is not a new trend, but rather an exception to the general rule in which the US energy industry moves. The ‘relief’ was a temporary phenomenon, also due to a tougher climate agenda.

The important question is how long American coal-fired power plants can last. Probably a lot more than it seems. According to BP, even in a year of crisis for the sector, in 2020, the national production of electricity from coal was about 844 terawatt hours, almost double the 475 terawatt hours produced by all solar and wind projects. from the United States.

Despite general trends, coal remains an important fuel for energy producers in the United States and around the world. And promises to eliminate carbon before 2035 look more and more like wishful thinking. The end of coal has long been promised, but it continues to burn and will not go out.

Thu Feb 24 , 2022
The YBells are a fitness tool that integrates a dumbbell, a kettlebell, a double-grip medicine ball and a push-up bar in one piece. (24-2-2022). YBell Fitness, a brand distributed by Fit4Life in Spain, adds two new awards to its record this year 2022: the Men’s Health Home Gym Award, and […] 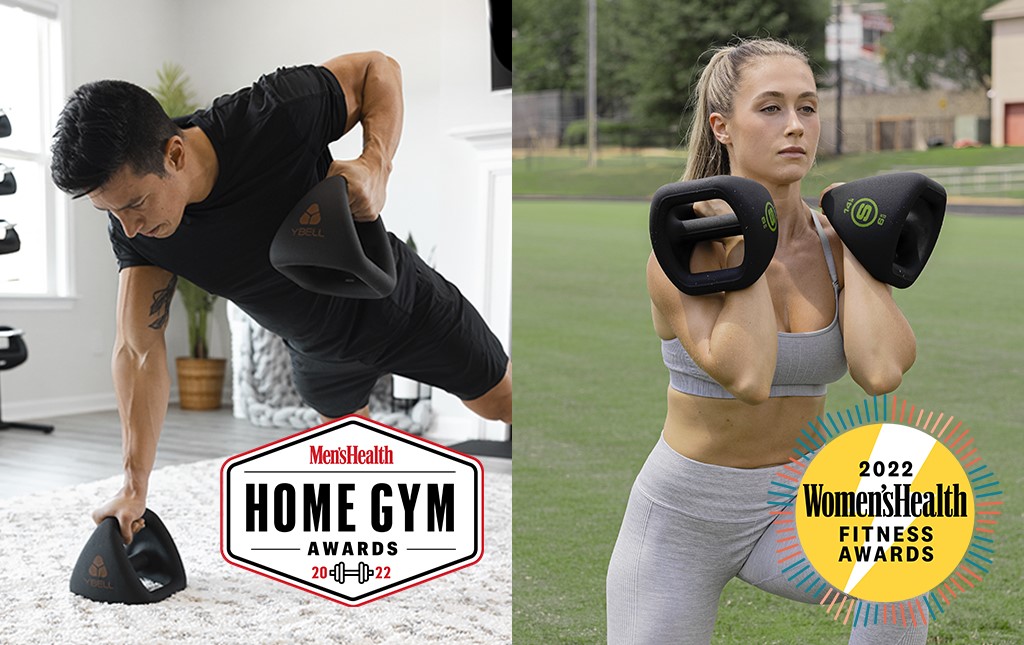