Duel. Pastor Daniel Myers prays in front of the funeral crosses of the victims of the massacre at Robb Elementary School. /REUTERS

Massacre in a US school

Traumatized by the worst child massacre of a decade in the US, the grieving Texan town of Uvalde tries to regain faith

In the rest of the world they are headlines. In Uvalde (Texas), the worst child massacre of the last decade will be recorded in the memory of its inhabitants with sounds. First there was the screeching of yantas, as the murderer skidded out in his grandmother’s van, which he didn’t know how to drive. Then the rumble of the station wagon hitting a cement dam. Then, and more disturbingly, gunshots echoed through the quiet neighborhood for more than half an hour. All hidden in their houses, disturbed by the police sirens and the fear of finding the murderer on their porch. And finally, the screams and heartbreaking cries of the mothers.

The news has been giving them names. “Many times we did not know the children, we have been finding out later who the parents are, and we do know about them, we adults all know each other, even if it is by hearsay,” explains Laura Zavala sitting on her mother’s porch. She didn’t need to go far from her.

The next door neighbor has lost his oldest daughter, ten year old Amerie Joe Garza. The car is at the door but inside the house there is a deathly silence. No one has dared to interrupt his pain. Some young people who have come from San Antonio have left flowers at the door of the unknown couple whom they want to comfort. The neighbors murmur from a distance and look towards the house with bloodshot eyes.

“Oh, mom, stop listening to the news, you’re getting worse,” Ana tells her mother, another neighbor. “It is that when one is also a mother, her heart breaks just thinking about it,” she replies between sobs.

Uvalde is a traumatized town that will never be the same. Salvador Ramos, the murderer, took with him the innocence of a bucolic life. The simple and good-natured people of his live with open doors, smile at strangers and resignedly continue to answer questions from the press, which has fallen on them like a plague. For what it’s any consolation, all those cameras and microphones arriving from halfway around the world will disappear as quickly as they arrived and will be forgotten about. Its inhabitants will be left alone with their traumas and fear in their bodies.

“What would you say to the Texans?” a local journalist asks Beto Gallegos, an 82-year-old man who witnessed the beginning of the massacre as he lived right across from Ramos’ grandmother. “Let them get rid of their weapons,” he replies without hesitation. “We don’t need them. This has been going on for a long time, we don’t need more weapons. What is needed is Jesus Christ.”

That’s why evangelical preachers from all over the state came, to comfort them and assure them that “God loves them” and will welcome all those “little souls” who have left. With the religious ceremony that took place on Wednesday night at the town’s rodeo, they came to tell them that “God is the refuge and the strength” to move forward. “When you feel like you can’t take it anymore, his grace will keep you going,” they promised, Bible in hand.

In the stands there were many Christians and Catholics, but also some Siks and even Muslims. This Thursday it did not matter where the faith came from, because the important thing is to recover the faith in that community that they always believed to be safe.

Mika Menchuaca. “The rug has been pulled from under our feet. Now we’re afraid of everything we trusted.”

Laura Zavala. “When one is also a mother, it breaks your heart just thinking about it.”

“It’s as if the rug had been pulled out from under our feet, everything we trusted now scares us,” confesses Mika Menchuaca, a mother and administrator at a San Antonio hospital. “We have a lot of psychological help around here now, but soon they will leave and we will be left alone.” It’s what those who left the room with eyes as red as the maroon school shirt they wore were looking for. “Leave us alone, we need to cry without being recorded by the cameras and spend our grief alone,” asked Ignacio Castillo, a 17-year-old who knew Ramos and refuses to believe that he was the demon that everyone paints.

His friend Alison García went to play with him at her house as a child and remembers him as “a normal child”, who spoke and laughed like any other. It was only “in the last two or three years that he changed and became more withdrawn,” she says, in response to how he was teased. He was a victim of bullying. “There should be more people to talk to, not just school counselors. He was alone and had no friends ».

There’s also not much to escape to in this dry, dusty town of 16,000 on the coyote trail. Most are engaged in agriculture (cotton, onion, watermelon, cucumber, cabbage). The most common name of the women is Maria and almost all of them offer their services to clean houses and take care of the elderly. Just a few fast food outlets and chain hotels dotted along the main street, like the ‘Wendy’ where Ramos briefly worked. There is nowhere to go, Uvalde is the largest town for miles around, an hour from the border and an hour and a half from San Antonio. “Of course, if you want to earn more you have to go somewhere else,” admits María.

His great-grandson was in another class Tuesday at the Robb Elementary School that Ramos stained with blood, which his four children also attended. He now wakes up crying at night, saying that he doesn’t want to go back to school anymore. And not all the locks and security doors that the authorities plan to put up will be able to exorcise the fear that has entered his soul, because no one can turn back the jukebox of memory to erase the screeching of the brakes and the sobs of the mothers. 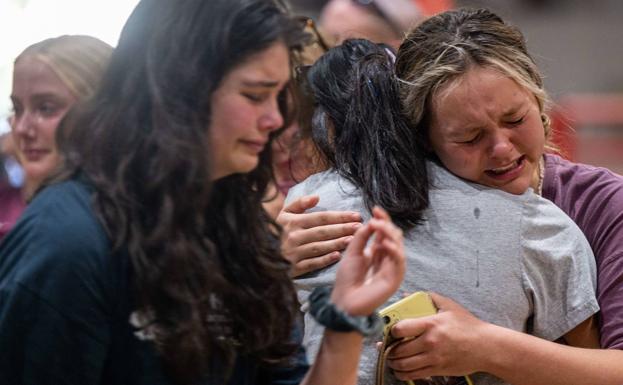 No consolation. Residents of Uvalde cry together during the vigil that was held in a town that will never be the same again. / AFP

Perhaps, yes, the evangelicals who have come to fish for souls in this troubled river will manage to restore a little more confidence in God and in their own neighbors. After holding hands and praying together at the cattle fair facility, Mika feels more secure. “I’ve come to realize that there are more good people than bad,” she reasons. And only then will she be able to trust her neighbors again, even though her son Joziah’s graduation, scheduled for this Friday, has been cancelled.

Ramos’ failure and frustration turned into a blow of hatred against all those who lived in peace around him, oblivious to his existential crisis. “What had these children done to him?” Mika sobs. “What was our fault? You never know what happens in people’s lives, it’s not our fault », she laments.

The man who saw it all

By the time Gilberto Gallegos (Beto) arrived in Uvalde 45 years ago, Celia Martínez was already living there with her family. Salvador Ramos’ grandmother was teaching as a substitute at the Robb Elementary School where her grandson was shot on Tuesday, perpetrating the second largest child massacre in US history. The 82-year-old man was a direct witness to that bloody stampede because I was on the porch at that time, -“right there where you are”, he said pointing to this reporter-. So close to the neighbor’s house across the street from her that she heard the shot Santos put in her face.

Then he saw a bag of ammunition fly out the door that would stay where the chickens now peck, and behind it the 18-year-old boy like a gale. He got into the station wagon – “that his grandmother would never have lent him” – and that “he didn’t know how to drive”, but he managed to move the lever and start with a screech in the direction of the school. “Look what my grandson has done to me!” said the woman with a bloody face. They were just cleaning up the blood when they heard the shots coming from the school. His wife called the police and they ran to hide, lest he come back.

Uvalde, whose population was largely Anglo when he arrived, was having his most American experience with one of those furious mass shootings that constantly rock the country. Everything has been Americanized, from the first name to the last name. “Uvalde” is how the gringos pronounced “Ugalde”, a name given to it in 1856 by Governor Juan de Ugalde, who came from Cádiz. Betto’s last name was also changed to “Gallegas” in his documents. “And it took me a lot of time and money to get mine back,” he complains. But no change, not even that of the migrants who now come dealing drugs instead of dreams, has been as painful for her as seeing her neighbor’s face shattered by a gunshot. “It’s fine, her husband told me, but she’s going to need a lot of operations.” 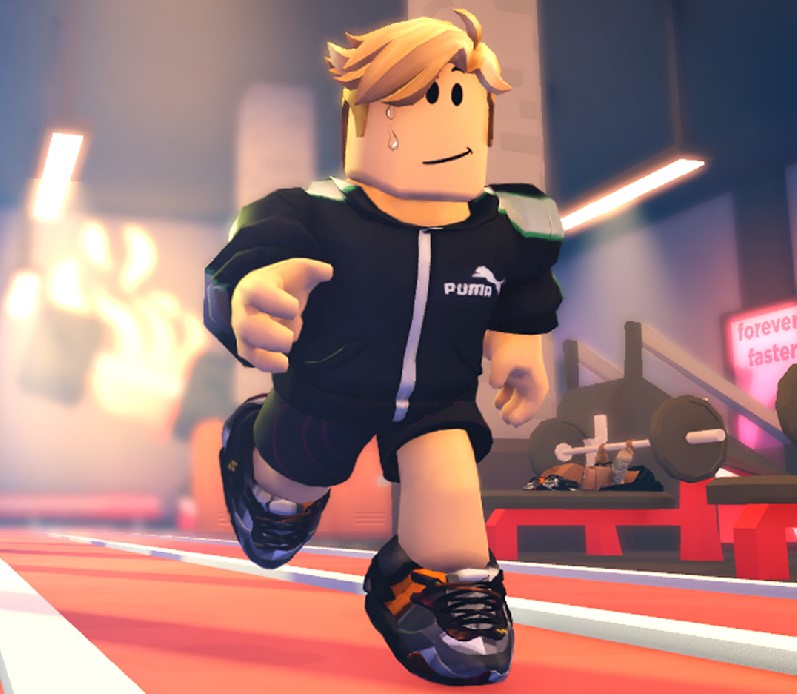