When we use a VPN we are redirecting our connection through a server operated by the VPN service.It is ideal to bypass some geographical blocks and access content that we would not otherwise be able to.But there are many options on the market, let’s see which is the best VPN protocol depending on our needs.

There are many virtual private networks that allow us to surf, partly anonymously, on the Internet. However, the fact that there are so many proposals makes us wonder:What is the best VPN protocol in 2022? That is exactly what we will answer next.

What is the best VPN protocol in 2022

If we are going to talk about VPN, then we cannot leave out OpenVPN. It is capable of offering speed and effective security at all times. Most VPN providers will let you choose between TCP and UDP, it’s generally better to go with UDP for speed.

To give you an idea of ​​how good OpenVPN is, almost all VPNs use it by default. In 2021, a striking protocol appeared on the market that has the potential to compete with OpenVPN and we are talking about WireGuard. It is considerably fast and in many cases comes out ahead of OpenVPN. It’s solid, with a flawless proprietary protocol based on NordVPN’s NordLynx. In case speed is what concerns us, then we would have to choose it.

Here we are going to talk about two by one, both connection protocols combine with the IPsec security protocol to improve its encryption. In both cases, we would be making a trade-off: L2TP is very reliable, but slow; while IKEv2 is very fast, too fast, but it has security problems.

It could be an interesting option for developers, it is more flexible than OpenVPN. Although ordinary users will not notice much difference, we recommend the above options in this case.

The third proposal is SSTP, which dates back to 2000 and is considered quite fast and secure. Although we could say that it is a little slower than the previous proposals. However, if for some reason we cannot make use of the VPNs mentioned above, this is one worth trying.

We do not recommend this, but we must mention it. It is one of the worst available and the problem is that it dates from the nineties and has not been updated much. For some reason, several VPNs still offer it. However, we should not use it for any reason.

The Almada Work-E bike rack arrives at the ball

Wed Jul 6 , 2022
The XLC Almada Work-E is a stable and reliable bike carrier with additional safety features, characterized by quick and easy installation (6-7-2022). The Almada Work-E bike rack is a combination of functionality and sophisticated design that offers an even more complete user experience. This novelty of the XLC brand is […] 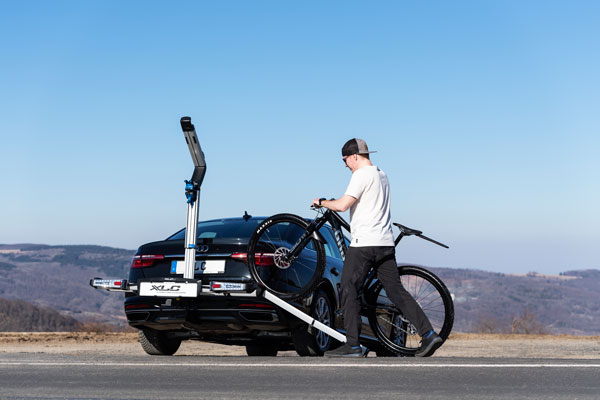