.etl files are “event trace log” files, and Windows takes advantage of them in various ways, but that doesn’t mean we should be used to running into themBefore finding out if you can eliminate this element from your PC, it is advisable to learn about it, so that you can make the best decision and not be guided by other people

No matter how long we have been dealing with the Windows operating system, there is always room for one of its internal elements to surprise us. It is that there are a lot of unknown processes in the background. Precisely for this reason we believe that if you have noticed its presence, surely you have already wondered what BootCKCL.etl is, what functions it performs, and if you can remove it from your PC or is it better to leave it where you found it.

The point is that you may have accidentally come across this file, and then it is convenient to know all the details about it, such as the ending .etl stands for “event trace log”. These are the log files created by the Tracelog program or Tracelog.exe to be more precise, containing trace messages generated by the provider during an active session.

Windows saves trace messages in .etl files in binary format to reduce disk space by storing them in different locations on drive C, and can eventually call upon them to try to analyze or save some important information, because they contain several essential data.

That said, BootCKCL.etl is one of the files that is classified in this way, so let’s go with it.

Where are .etl files located on Windows?

In the Logs folder located in the Windows folder on drive C of your system, you will see several folders. Absolutely all .etl files are in them, so you have to open them one by one to see them.

What is BootCKCL.etl file? Can I remove it?

BootCKCL.etl is one of the CKCL files. CKCL stands for Circular Kernel Context Registrar. CKCL events include process events, disk operations, thread events, and other kernel events that indicate what action the operating system was performing when a particular event occurred.

The BootCKCL.etl file, as its name implies, is a CKCL file that contains the information of the event trace sessions created at the time the system was booted. We may or may not find this file on the system as it depends on whether Windows generated it or not. If you generated it, it will be at this address on the C drive:

If you cannot find the BootCKCL.etl file in the above location, you can search for it on the C drive using File Explorer’s search function. But we advise that, if so, pretend that it does not exist.

That said, while you can delete the file, we suggest you don’t. This is because BootCKCL.etl contains trace session information captured at the time the system was booted, so if any suspicious code or if any malicious activity is detected at system boot time, that information will also be captured and written to the BootCKCL.etl file.

In those situations, BootCKCL.etl can be used to collect the system data in less time.

Fri Jun 24 , 2022
José Amado (right), during the signing of the collaboration agreement with the president of Agaxede Eduardo Blanco) and the manager of the Galician Sports and Welfare Cluster, Sofía Toro (left) (27-6-2022) The Galician Cluster of Sports and the Welfare Industry has presented its new board of directors. It will be […] 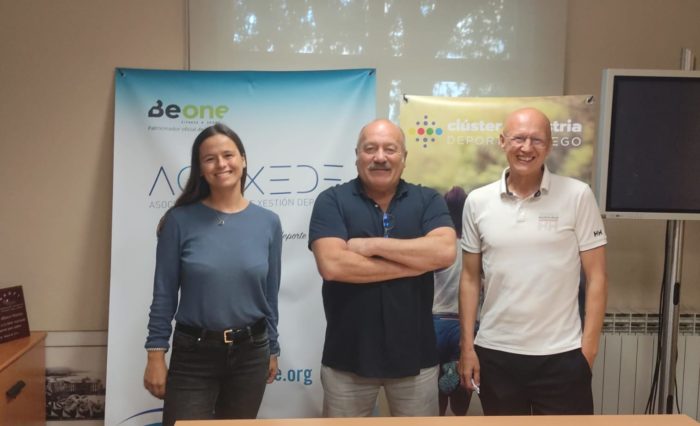