No other continent has been more reluctant to condemn the Russian invasion of Ukraine than Africa. In the vote that the United Nations General Assembly carried out on the 2nd to demand the “immediate and unconditional” withdrawal of Russian troops from Ukrainian territory, only 27 of its 54 UN member countries voted in favor. The rest abstained or were absent, while Eritrea aligned itself with countries like North Korea or Syria and voted against.

This division reflects the influence that the new power bloc led by China has on the African continent and the double impact of this war situation. While a large part of its states will be seriously affected by the rise in food and raw material prices, another part can benefit economically if it postulates itself as an alternative supplier of products that the West is going to miss: from Algerian or Senegalese gas, to South African platinum.

“The war is causing a deep food security crisis, which has exposed Africa’s vulnerability to rising fuel and fertilizer prices, exacerbating existing political instability,” says Peter Kagwanja, director of the Institute for African Policy. “The Russian invasion of Ukraine underlines the growing unilateralism of the most powerful nations and pushes the world towards the abyss of a new Cold War,” adds the academic, for whom the Horn of Africa is “in the path of the tornado created by the geopolitical rivalry of the major powers.

In this situation of growing polarization in two blocs, there are not a few who seek the protection of China and Russia, two countries that do not ask uncomfortable questions. “His drive for a new world order, more balanced in its international relations and without the moral conditions of the West, is attractive to African rulers,” analyzes the Institute for Security Studies (ISS) in an article. Little by little, the traditional colonial powers have been losing influence on the continent, displaced by the economic emergence of the Asian giant, Russia’s “strategic partner” and promoter of large infrastructures in Africa.

Statistics show that Russia began to develop ties with African countries long before it invaded Ukraine. Its trade with the territory soared 185% between 2005 and 2015, and the trend has worsened after the sanctions imposed when Crimea was annexed in 2014. Between 2016 and 2021, bilateral trade doubled to almost 20,000 million of dollars.

Rising food, fuel and fertilizer prices threaten hundreds of millions of people in Africa who barely had anything to eat

Russian companies lead mining projects throughout the country and energy projects, especially in the north. But its presence is also felt in sectors such as finance or transport. “In recent years, Russia has aggressively pursued its strategic objectives in Africa: securing a watchtower in the eastern Mediterranean and port access to the Red Sea, increasing opportunities for natural resource extraction, displacing Western influence, and promoting alternatives to democracy”, enumerates Joseph Siegle, Director of Research at the African Center for Strategic Studies.

Moscow has underpinned its power through another element: it is one of the main suppliers of arms to governments with a debatable democratic character -Algeria and Uganda import more than 70% of their weapons from Russia-, and it cooperates militarily with two dozen countries. . His mercenaries regularly operate in countries such as Sudan, Mali, Angola or the Central African Republic, in whose capital a sculpture was dedicated to them last year despite the fact that they have been accused by the UN of “seriously violating human rights.” All of these countries abstained in the vote to condemn the Russian invasion. “This strategy works for both the Kremlin and local leaders, who get a diplomatic umbrella, resources to strengthen their domestic power and strong income,” Siegle analyzes.

But apart from the geopolitical games of the African elite, the current situation can become a death sentence for the most disadvantaged population. “War in Ukraine means famine in Africa,” says International Monetary Fund Executive Director Kristalina Georgieva. “The continent is especially vulnerable for four reasons: the rise in food and fuel prices, the reduction in income from tourism, and the difficulties in accessing international capital markets,” he explains in a statement in which he considers that the war in Ukraine It comes “at a delicate moment for Africa”, because it could ruin the efforts made to get out of the coronavirus crisis.

The lack of food is what worries the most. Especially in East Africa, where countries like Eritrea depend almost 100% on Russia and Ukraine to import wheat. Rwanda, Sudan, Somalia and Uganda buy 90% or more of their imported wheat from these two countries. And the region only locally produces 16% of what it consumes. The World Food Program (WFP), however, considers that Sudan, Kenya and Ethiopia may be the most affected countries in this regard, especially since an increase in prices would occur in conjunction with climatic and socioeconomic problems. “A circle of fire has been created in which armed conflicts, the climate crisis and Covid converge. We still do not know what consequences it may have, but they are worrying in the short term. A wave of hunger is being created that is spreading throughout the world,” explains Antonio Salort-Pons, head of the WFP Global Partnership Laboratory.

Russian companies have boosted investments in energy and mining, but also in banking

Blanca Carazo, head of Programs and Emergencies at Unicef ​​Spain, points out that access to food had already been affected by the pandemic due to the restrictions imposed to combat the coronavirus. “This has also interrupted nutritional care services in different areas,” she adds, indicating that countries such as South Sudan or Somalia are at serious risk of famine.

“15% of the calories we consume in the world come from wheat, and a third of what is produced comes from Russia and Ukraine, which have taken it off the market. In addition, now is the planting season and we do not know what will happen to this year’s harvest,” says Vicente Raimundo, director of International Cooperation and Humanitarian Action at Save the Children. “800 million people already subsist on about 1,200 calories a day, and any hit can make them go hungry. We will pay the most expensive bread, but they will not have bread », he adds.

Save The Children has focused this week on Sudan, and warns that the price of the shopping basket has multiplied by seven in just two years. Thus, the forecast that this 2022 there would need humanitarian aid 14.3 million inhabitants has fallen short and already reaches 20 million, almost half of the population.

The International Fund for Agricultural Development of the UN adds that in Somalia there are already 3.8 million inhabitants with problems of access to food, while in Lebanon it is 22% of the total. As if that were not enough, Russia is also the main supplier of fertilizers in the world -natural gas is key in the manufacture of nitrogenous-, a fact that could impact the productivity of the African countryside. “This can further destabilize societies. We anticipate that armed conflicts will intensify and famines will occur in the Sahel and the Horn of Africa, affected by drought”, adds Raimundo.

However, the WFP predicts that the most affected population will be the underprivileged classes in the cities. “There are many neighborhoods with a serious lack of basic services and a lot of misery. With low wages and high unemployment, the population there is especially vulnerable to inflation”, analyzes Salort-Pons from Kenya. And this can have a clear impact on the physical and mental development of childhood. “Half of those who are in a situation of severe food insecurity are children,” says Carazo.

Mon Mar 28 , 2022
In the works since last summer, the Efinity Parachain is courting games on existing smart contract blockchains. Blockchain firm Enjin announced the launch of Efinity, the first Parachain on the Polkadot network dedicated to non-fungible tokens (NFTs). The Efinity ecosystem is set to host more than 100 blockchain-based games and […] 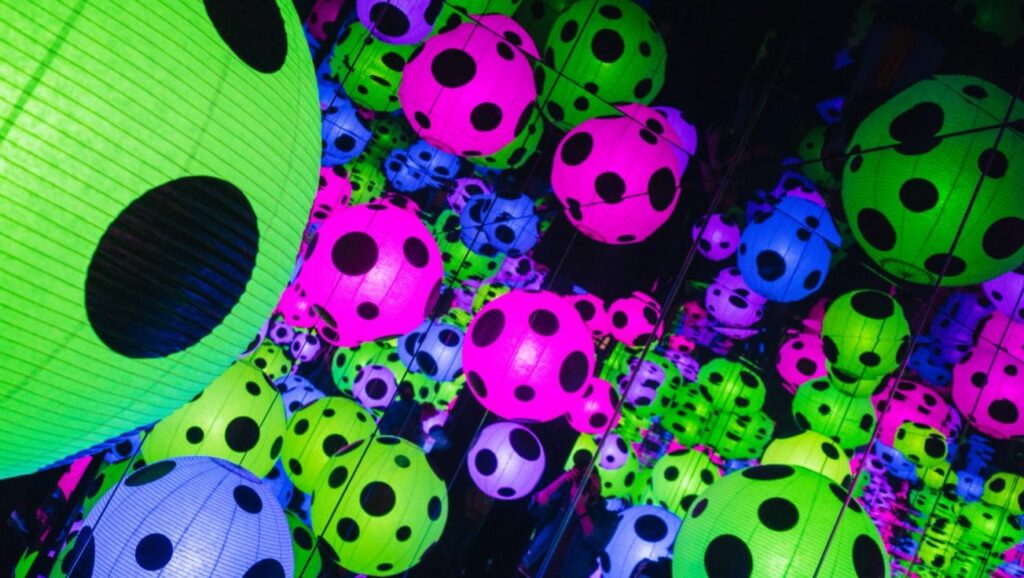