This reverse auction aims to place 380 GWh of solar production between generators, marketers and other industrial companies, led by Grenergy. Applications can be submitted until April 5.

Santiago de Chile.- Grenergy, the company that produces renewable energy and specializes in the development, construction and management of photovoltaic, wind and storage projects, has turned the traditional operation of the energy market in Chile on its head and has launched for the first time in the country a reverse auction of 380 GWh/year aimed at generators, marketers and other companies.

With this new modality, instead of participating in the processes of companies that demand clean energy, it is Grenergy, as an independent producer, who organizes its own auction to sell the energy produced by its Gran Teno photovoltaic plant, which will have an installed capacity of 240 MW.

Through the local Match Energía electricity marketplace, the company launches the first reverse auction in Latin America, which is already operating successfully in North America and Europe. The application submission phase is now open and will run until April 5.

The objective of this change in the rules of the game is to reach a larger number of generators, marketers and other corporations, and finally close one or several long-term power purchase agreements (PPAs) with these demanding companies.

Precisely, the Gran Teno photovoltaic plant is in a very advanced state of development, with the connection permit already approved by the National Energy Commission and by the National Electrical Coordinator, and also has environmental approval. In addition, this project has another attraction, since it is located in the central area of ​​the country, where a large part of the national electricity consumption is concentrated and where its production becomes strategic for various industrial sectors.

Chile, a strategic market for Grenergy

Due to its wealth of resources, its regulatory guarantees and its renewable policy, Chile is one of Grenergy’s strategic markets with a global pipeline of more than 10 GW in 10 countries around the world. In Chile, it has installed its operations center for the southern cone and has a pipeline of more than 2.6 GW in different stages of development. In addition, it has become one of the main players in the sector in the country with the connection of more than 40 photovoltaic solar plants, which already exceed 400MW of capacity in the network.

According to the marketing director of Grenergy in Chile, Juan Friedl Larenas, “this reverse auction is a tool that will further accelerate the deployment of renewable energies in Chile, which will allow the company to build the plants in the development phase that it already has for the whole country.”

Fri Mar 25 , 2022
Gerard Esteva (in the center), will chair the new Cufade board of directors, which will have four vice-presidents (24-3-2022) The Confederation of Unions of Autonomous Sports Federations of Spain (Cufade) launches an action plan with a new presidency, led by the head of the Union of Sports Federations of Catalonia […] 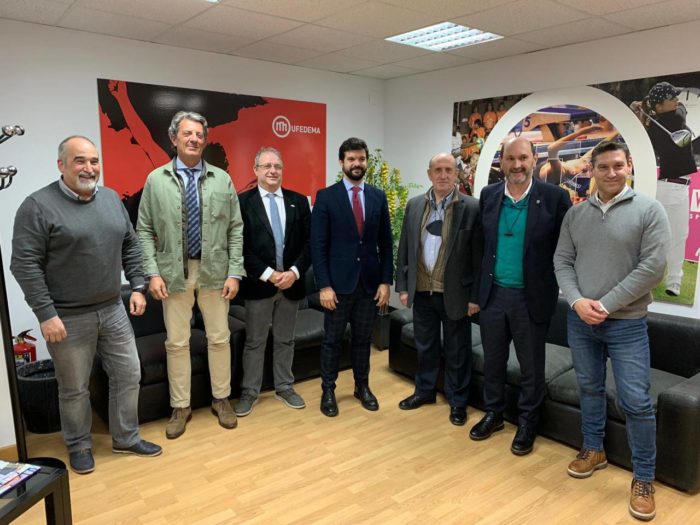