Gerard Esteva (in the center), will chair the new Cufade board of directors, which will have four vice-presidents

Cufade begins a new stage. The Confederation of Spanish regional sports federative unions changes its president and sets new challenges. As approved at the General Assembly held in Madrid last Wednesday, its new head will be Gerard Esteva, president of the Ufec. In this new stage they hope to “value the importance of the union and unity of the most humble sport that every day make possible athletes, families, clubs, professionals and volunteers from federations throughout the territory.”

The strategic lines on which Cufade will focus go through achieving the recovery of grassroots sport after the pandemic, heavily punished by so many months of restrictions. Likewise, the entity will work to obtain fair financing for the sector. Cufade wants to celebrate a great grassroots sport congress throughout Spain and work on proposals for regulatory solutions to unify criteria and models of success.

Cufade was born in April 2015 after the union of seven unions of regional sports federations.

Fri Mar 25 , 2022
Kim Jong-un breaks the moratorium that allowed him to open talks with Washington, stalled since 2019, and improves his military capacity with a projectile capable of traveling 13,000 kilometers He had been trying for months and, after last week’s failure, he has finally succeeded. As suspected, North Korea confirmed this […] 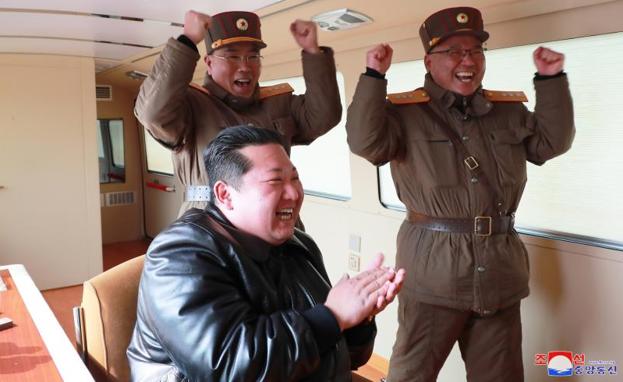