Know them types of cinematographic shots It is essential to learn to tell stories. Each type of shot conveys a different feeling and message, helps us in our narrative and manages to impact the viewer in a different way.

If you want to know in depth the types of shots that are used in the cinema, what you can transmit with each one and learn to master this fascinating language, follow me because we are going to see them one by one with examples included.

What types of film shots are there?

The types of shots used in film they are divided, mainly, according to the portion of the scene that we include in the frame, the angle from which the image is recorded and the point of view.

Although we are going to see them one by one, here is a summary of all the planes according to their classification:

In the following sections we will see them in detail and with examples so that you learn how to compose a scene.

Types of cinematographic shots according to the frame

When we talk about types of shots according to the frame, we are talking about the portion that the scene occupies within the frame. Depending on the amount of scene that occupies, we will transmit some sensations or others.

It is a very open plane that is mainly used to give the viewer context. It is usually used to introduce and describe a place. In it, the landscape or the environment is the protagonist and the subjects do not appear or are not distinguished.

The great general plane is used a lot at the beginning of movies or series to give us context with ultra wide-angle type lenses, drone-type aerial views, etc.

Here you can see an example of a wide shot used in the first frames of the movie «The Shining» 🙂 . Throughout this article I will give you more examples of this film, so if you see it again, you will have to do the exercise of identifying the shots while you watch it.

That is, if you manage to see it in its entirety without covering your eyes hehehe…

Another type of cinematographic shot is the general shot, which has a descriptive function but, unlike the great general shot, here the protagonist already acquires a certain weight in the scene. That is, it is recognizable but still has context from the environment. In this type of cinematographic shot, the figure takes on more prominence. This type of framing, also called full shot, is limited at the top by the subject’s head, and at the bottom, by his feet, thus gaining greater importance the figure and the clothing that could be used. Another of the types of shots that are most used in the cinema is the American or 3/4 shot. In it, the frame is located approximately in the middle of the thighs.

This type of shot spread out from cowboy movies because it allowed for good framing from the gun to the head while also giving the scene some context. The medium shot is characterized by cutting the protagonist approximately in the waist area, leaving some air above the head.

This type of shot allows one or several protagonists to be appreciated in detail, to see their gestures, their features, while preserving information about the environment. Somewhat more closed than the previous one, this type of cinematographic shot cuts the image through the chest of the protagonist (you will also find it for this reason, with the name of bust shot).

At the top, the image is limited somewhat above the head. This type of cinematographic shot focuses, now, all the attention on the protagonist above the environment. This type of shot focuses on the face of the protagonist. It is an intimate plane with which we can deduce feelings, focus on the look, the expression, etc.

This type of cinematic shot cuts the scene roughly from the protagonist’s shoulders to above his head. At this point, the visual context of the scene has practically disappeared. We are immersed in the expression, in the reactions of the protagonists to what is happening around them.

We are talking about a very intimate shot with great drama, since the attention is focused exclusively on the feelings that the face of the actor or actress transmits to us.

This plane cuts through the face approximately at the forehead and at the chin. It is often used to give clues or focus attention on key elements for the development of the narrative. In this type of shot, two protagonists appear in the image, one closer to the camera and the other further away. This type of shot is used to show the interaction between two or more characters.

In the joint shot, the protagonist of the scene is closer to the camera, and the rest are farther away. 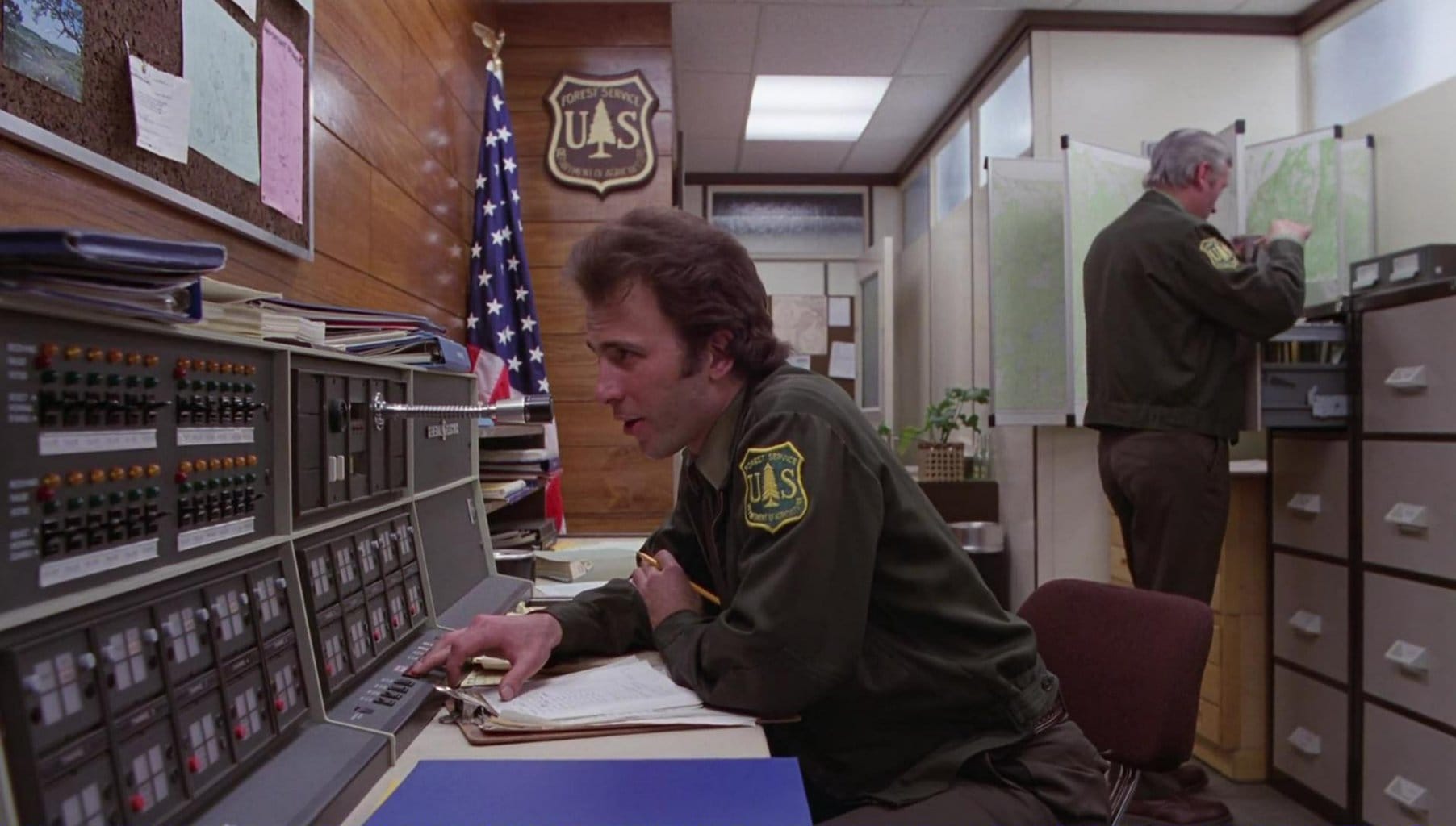 Cinematographic shots according to the angle

This type of shots used in film (and also in photography), are classified according to the angle of the camera with respect to the subject.

The most common shots used in the cinema with respect to the angle are:

You can then see how the camera is positioned relative to the subject. 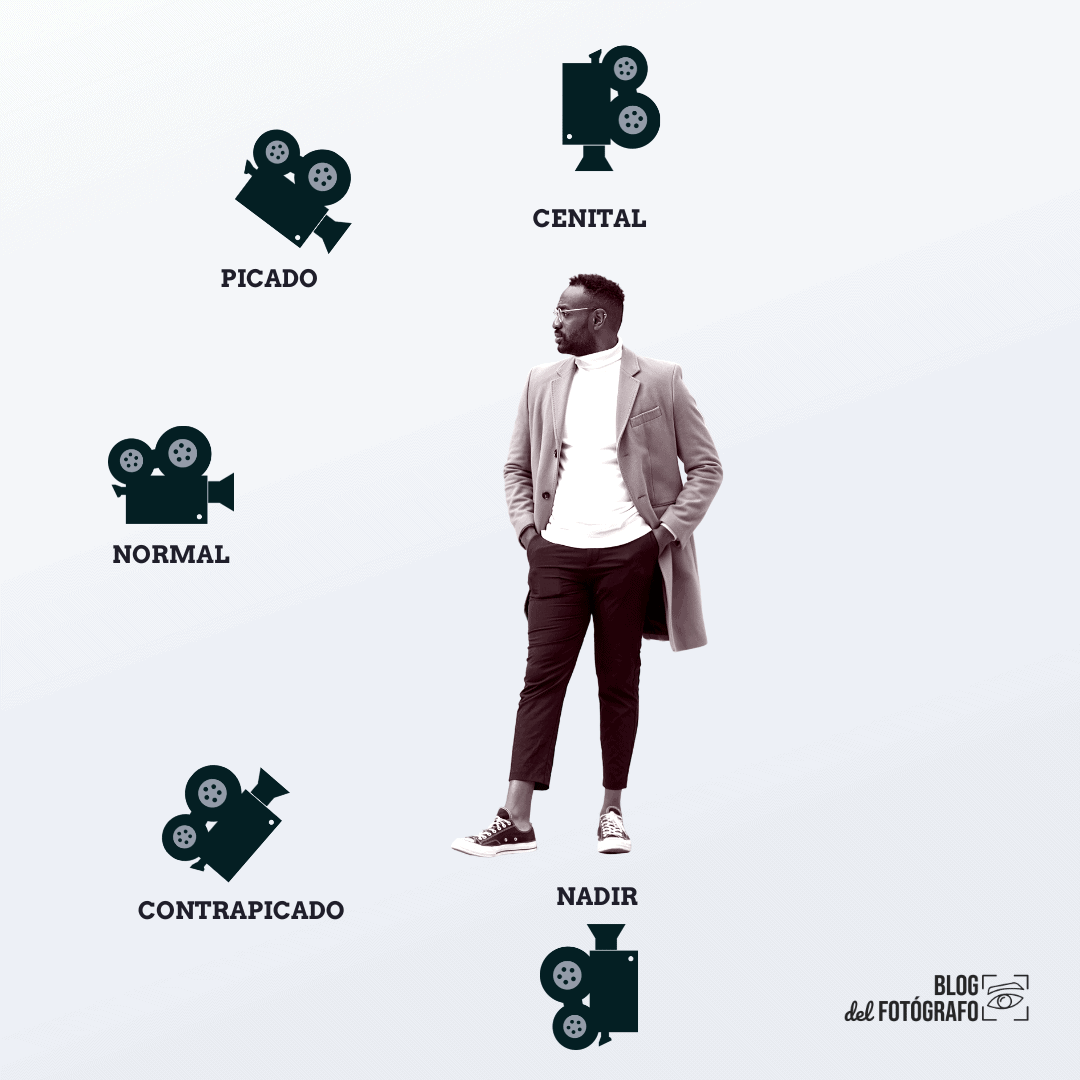 The zenithal plane is one in which the camera is placed completely above the subject or object, in a position of 90º with respect to it.

It is a descriptive shot that is usually recorded with drones or cranes, but also with cameras, as long as it is placed above the protagonist.

Depending on the altitude from which this plane is taken, you can find it as an aerial plane, very popularized by the rise of photography and video with drones. A plane taken from above with an approximate inclination of 45º, which places us physically above the protagonist.

This type of shot conveys vulnerability, fear or fragility. In this type of cinematographic shot, the camera is placed in front of the protagonist without any type of angle. Another type of cinematographic shot with the same inclination as the previous one (45º) but this time from below. It is usually used to show the power of the character, his superiority in some field or his heroism. 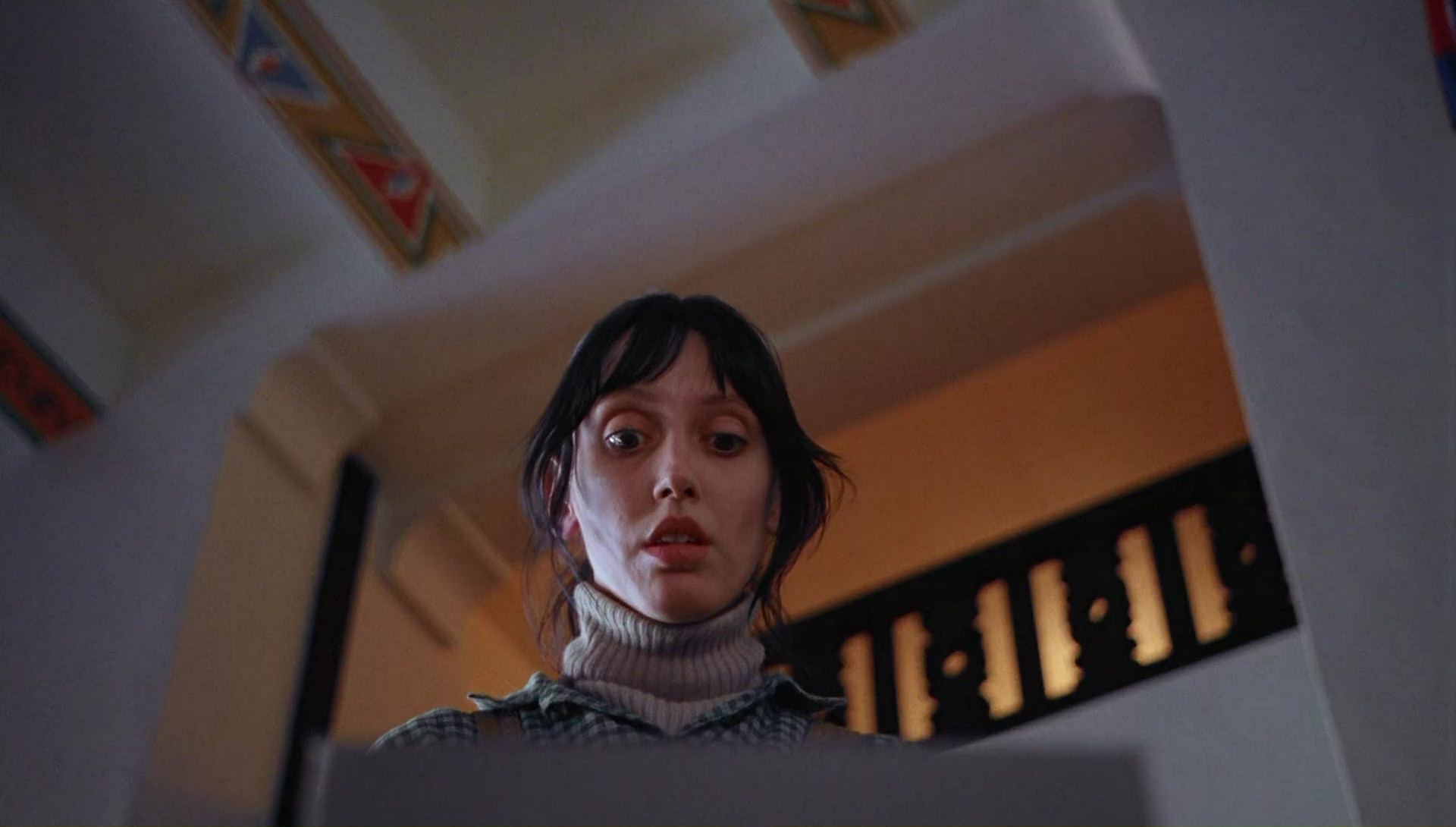 This is a very extreme type of cinematographic shot used above all for action scenes or scenes with a great dramatic load. It generates a deep sensation of vertigo. After the most common, we have other equally interesting cinematographic shots for the narration, some due to the interaction of two people, follow-up shots, etc. Let’s see them.

It is used to portray conversations or interaction between two people. The camera shows the person speaking from the front and in focus, and the person listening from the back and/or out of focus. It is a plane in which the back of the protagonist is shown. It is usually a tracking shot, used to give a sense of mystery and even fear.

This type of cinematographic shot introduces us to a scene full of tension where we know that something is about to happen. 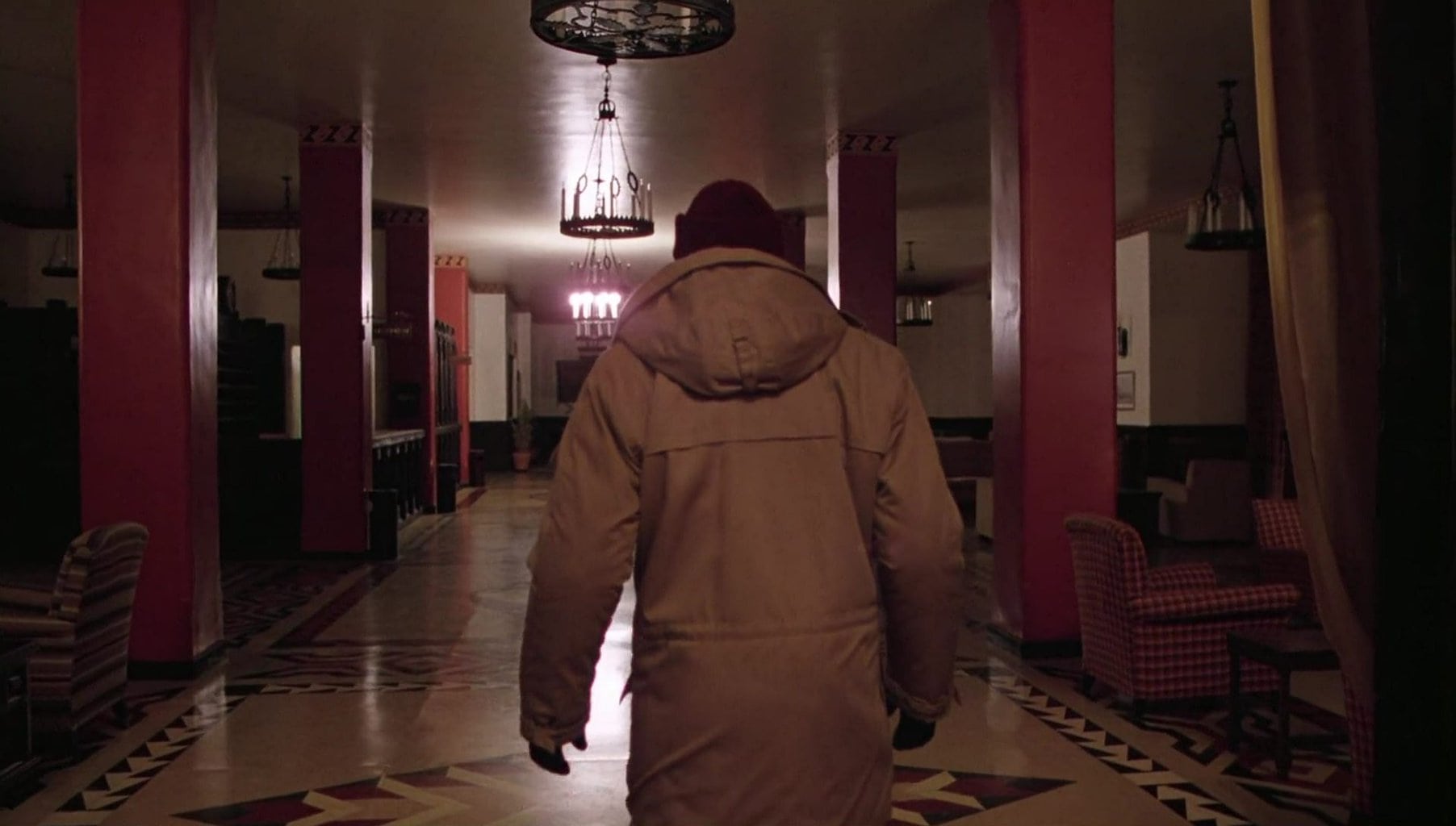 In this type of shot, the camera shows us the profile of the protagonist. Accompanied by the context or the lighting, it is a shot that can generate some distrust towards the protagonist since we do not see it in its entirety. Another type of plane that is used in the cinema to transmit action where the camera is tilted about 45º. It is a shot for action scenes and high drama. Types of planes according to the point of view

Depending on how we want the viewer to participate in our recordings, we will choose one point of view or another. Let’s see how to do it through the plans.

This type of plan is the most common. It represents the point of view of someone who observes the image but does not appear in the scene. The scene is shown from the point of view of one of the characters. The viewer sees through the eyes of the protagonist.

Reflections are a great cinematographic resource. The indirect plane is the one that is generated through a reflection. The types of shots in photography have a lot in common. If you are interested in plans specifically in photography, do not miss the article of the link.

What do you think? Did you know all the types of cinematographic shots in this article? The next time you see a movie, would you dare to look for and analyze the types of shots that appear?

The best way to assimilate any type of content is to practice, so I encourage you to do so. I hope this article has been useful to you. If so, share it on your favorite social networks or with whomever you think might be interested.

Thank you very much and see you in the next article.

Tue Jul 5 , 2022
The One UI customization layer features additions that allow further customization. Using some of these, our Samsung mobile can become even smarter than beforeOf course, not all functions are suitable for all users, but we are sure that some of them will end up activating them, even though you were […]