Damien Abad, one of French President Emmanuel Macron’s new ministers, has been accused of rape by two women. The conservative politician flatly denied the accusations this Sunday. The events would have occurred more than a decade ago, in 2010 and 2011, according to the two alleged victims, who do not know each other. Abad, 42, was appointed Minister of Solidarity, Autonomy and Disability in the new government of Prime Minister Élisabeth Borne last Friday. “Obviously, I wasn’t up to date,” said Borne this Sunday, who acknowledged that he had found out about the accusations and the file of one of the complaints through the digital newspaper ‘Mediapart’, which is the one that has uncovered these alleged cases.

The head of the Executive admitted to French journalists that if there are new elements and if the justice system resumes this procedure “we will draw all its consequences”, implying that the scandal could cost Abad his job. Borne, the second woman to become prime minister in France, made it clear that “in all matters of harassment and sexual assault, there can be no impunity.” On May 13, the Observatory of Sexual and Sexist Violence in Politics received a letter from a woman accusing the now minister of rape. The complaint was also transmitted to the Prosecutor’s Office and to Los Republicanos and La Republica en Marcha, Macron’s party.

One of the women who accuses him met Abad at the wedding of two common friends in 2010. The alleged victim reported that, after having a glass of champagne with the politician in a bar, he woke up the next day in a room of a hotel “in her underwear”, “in a state of shock”, with her body in pain and with the sensation of having been “drugged”. Another woman filed a complaint for “rape” against Abad in 2017 for events dating back to 2011, but this was filed without a thorough investigation of the case, according to the French digital.

The minister denied the accusations and assured that all the sexual relations he has had throughout his life have been consensual. Abad alleges in his defense that it is “physically impossible for him to commit” the acts described “without outside help” due to his disability. He suffers from arthrogryposis, a rare congenital disease that affects the joints, reduces his mobility and causes deformities.

Deputy since 2012, he was considered one of the great signings of the new Executive. The politician, who is scheduled to participate this Monday in the first Council of Ministers, comes from the moderate right. Before being appointed minister, he was the head of the Los Republicanos parliamentary group in the National Assembly. Graduated from the prestigious Sciences Po University, Abad is of Spanish origin. His grandparents fled to France from the Franco dictatorship, according to the French press. Between 2009 and 2012 he was a European deputy. In 2017, he was a spokesperson for presidential candidate François Fillon.

Mon May 23 , 2022
(20-5-2022). The Superior Court of Justice of Catalonia has agreed with the Official Association of Graduates in Physical Education and Sports of Catalonia, Coplefc, in a ruling that contributes to adding jurisprudence in favor of the defense of physical activity and sports professionals. The Coplefc has obtained a new victory […] 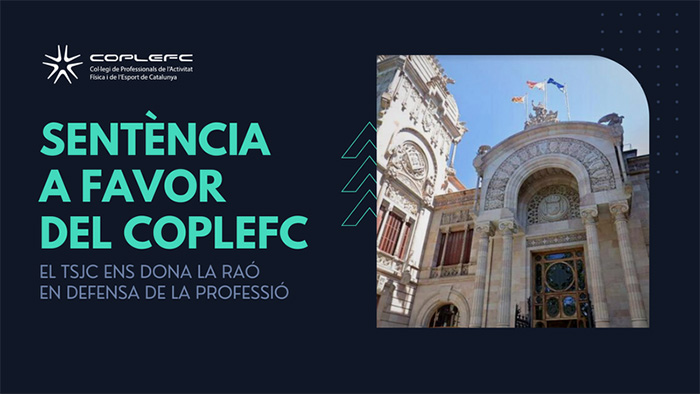