TRX is known worldwide for its Suspension Trainer training system, in addition to its training programs.

(10-6-2022). TRX claims not to be able to face the debt incurred due to the strong investment made in its virtual platform and the current macroeconomic scenario, and has declared bankruptcy. The company hopes that this step will speed up its sale.

The manufacturer of functional training products TRX has voluntarily filed for Chapter 11 protection in the US Bankruptcy Court in California, to declare bankruptcy and thus speed up its sale process.

However, the San Francisco-based company has assured that it will continue to operate in the normal course of its operations, fulfilling its commitments to employees, customers, suppliers and other partners.

Since its founding in 2004, TRX has been known for its patented flagship product, the Suspension Trainer, as well as its training program. With the rise of virtual fitness, in 2021 it launched its digital subscription platform, the TRX Training Club, which combines programming and training through live and on-demand video classes.

Over the past year, the company has invested in, streamlined and improved its e-commerce platform and added management to support growth.

TRX said in a press release: “While the company achieved a record year in 2020 due to rapid growth experienced with the rise of homefitness, today’s action addresses obstacles facing the business, such as increased competition and macroeconomic challenges that are occurring and that many other companies face. This process will allow TRX to substantially reduce its debt and more quickly adjust to post-pandemic consumer demands.”

TRX said that it intends to move quickly through this process, emerging with a new partner, a healthy balance sheet and strong operations.

The sale transaction will be executed through a court-supervised open process to maximize value for all parties.

The main testimonies of the assault on the Capitol: "The violence was not an accident"

Fri Jun 10 , 2022
Up. Bennie G. Thompson and Liz Cheney. Under. Caroline Edwards and Jamie Raskin. /RC “Donald Trump, the president, incited a multitude of internal enemies of the Constitution to march on Capitol Hill and subvert American democracy,” says the person in charge of this parliamentary investigation The attack on the Capitol […] 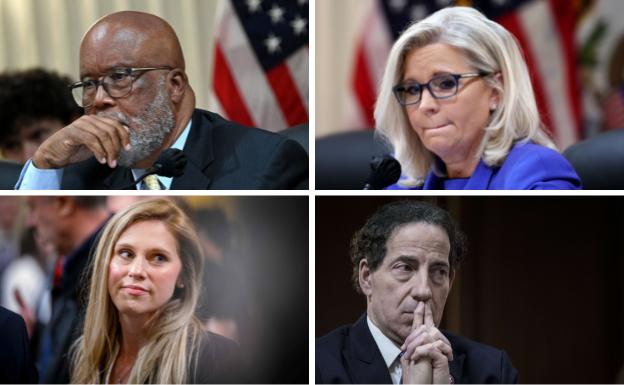