With the opening of Trib3 Amigó, the chain now has two studios in Barcelona

(31-5-2022) Trib3 doubles its presence in Barcelona with its second gym in the Catalan capital. The chain has opened a center in the space where a Reburn Studio was located. With this, he reaches six studios in Spain.

Trib3 continues to grow in Spain. The gym chain has opened its second studio in Barcelona, ​​Trib3 Amigó, which occupies the space where a Reburn Studio used to be located (Calle d’Amigó, 14, in the upper area of ​​Barcelona). It is the chain’s sixth gym in Spain: four in Madrid and two in Barcelona.

Trib3 Amigó is located in an area with high purchasing power where different sports centers converge. In that area there is a Fitness Park, a McFit, a Metropolitan, a Vivagym and the Arsenal women’s gym. This new studio has an area of ​​150m2 designed with the aesthetics of industrial luxury that characterizes TRIB3 adapted to this new location. 27 work stations that will increase in the future and that are divided into 3 zones, treadmills, resistance and intensity to offer the most complete HIIT training with which to burn up to 1000 calories per session.

Kevin Yates, CEO of Trib3, commented on this opening: “I am especially excited about this new launch as it is a city as important to us as Barcelona. The Trib3 brand is getting stronger in Catalonia and throughout Spain as we open more and more franchises. Soon we will be able to announce new openings to continue taking the training experience to the next level.”

As CMDsport already reported, Trib3 is already working on its third opening in Catalonia, specifically in Girona. The center will have 415 square meters, of which 144 m2 in a training studio, and is scheduled to see the light in July. It will be located at calle Barcelona, ​​40, in Girona.

"It's a great funeral that never ends"

Tue May 31 , 2022
People hug at the entrance to the funeral home where Nevaeh Alyssa Bravo, one of the victims of the mass shooting at Robb Elementary School, lies. /REUTERS Massacre at the Uvalde school Specialists from local funeral homes strive to reconstruct the faces of children destroyed by the gunshots For more […] 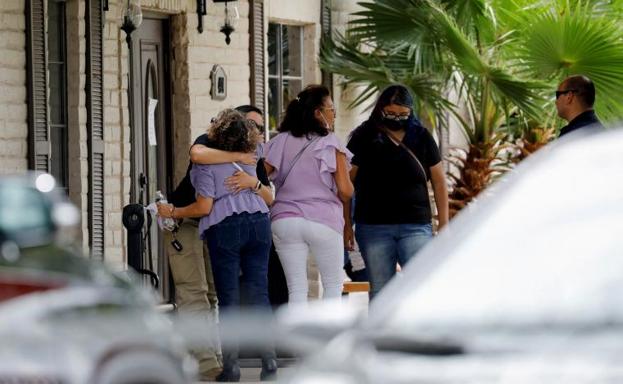