Thursday (25) marks the first day of meetings of the Jackson Hole symposium, which takes place in the United States. The event is world renowned for the presence of monetary policy authorities from around the world.

The most awaited speech will be made tomorrow (26) by Jerome Powell, chairman of the Federal Reserve (Fed, US central bank).

According to the CME Group, more than half of agents believe the Fed should make a 0.75 percentage point adjustment in September. A week earlier, expectations were centered on a 0.50 point bullish bet.

Among the economic indicators, Thursday already had the presentation of the Gross Domestic Product (GDP) of the United States and Germany, which came above expectations.

In the Treasury Direct, the interest offered by public securities recorded high this morning, with an increase of up to 4 basis points (0.04 percentage point).

In the case of fixed rate papers, all securities returned to the level of 12% per year, in the first update in the morning. A day earlier, the 2029 Fixed Rate Treasury had closed the session offering 11.99% per annum.

At the same time, the highest real interest rate was delivered by the Treasury IPCA+ 2055, at 5.89% per year, above the 5.87% recorded in the previous session.

Check the prices and rates of all public securities available for purchase at the Treasury Direct this Thursday morning (25):

Europe and USA, commodities and China

On the foreign scene, the US GDP is the highlight of the day. The second estimate by the Bureau of Economic Analysis (BEA), released today, indicated that the US economy retreated 0.6% in the second quarter in annualized terms, compared to the first quarter.

The first estimate had pointed to a decline of 0.9% in GDP, well below market expectations, which indicated that the US economy had entered a technical recession (when there is a fall in GDP for two consecutive quarters). Today’s result, however, came out better than expected, as the Refinitiv consensus projected that the drop would be -0.8%.

The day also featured the presentation of data on economic activity from Germany. According to German statistics office Destatis, the German economy grew by 0.1% in the second quarter in the quarterly comparison and 1.7% compared to the same period of the previous year.

Economists polled by The Wall Street Journal predicted that the German economy would stagnate in the second quarter, in line with Destatis’s earlier preliminary estimate.

The presentation of the minutes of the last ECB meeting also moves the market today. The document highlighted that a “very large number” of leaders considered it appropriate to raise their basic interest rates by 50 basis points at the last meeting.

At the time, the ECB surprised analysts, who had been betting on a more moderate rise of 25 basis points. In the minutes, the monetary authority justified that the adjustment of half a percentage point “provided more clarity to market participants in a highly uncertain environment” and that, even after the increase, the monetary policy stance remains accommodative.

In addition, the decision should be interpreted as an “acceleration of the exit from negative rates”, said the monetary authority.

Also pay attention to China. According to Reuters, the extreme heat that hits the Asian giant has negatively affected agricultural production and electricity supply in the country.

In an interview with Reuters, Lin Zhong, a professor at the City University of Hong Kong, stressed that damage to crops and water shortages could spread to other sectors related to food production and generate substantial price increases and even a food crisis. larger scale.

Although the problems in China could imply a drop in demand for oil, investors are following the repercussion of the news that the Organization of the Petroleum Exporting Countries (OPEC) could consider a cut in the production of the commodity.

The 2023 budget bill, which will be sent to Congress by the end of this month, provides for a primary deficit of between 60 and 65 billion reais for the central government, two Economy Ministry sources told Reuters, with the government returning to red after the primary surplus expected for this year, the first since 2013.

The sources, who spoke on condition of anonymity as the proposal is not yet public, signaled that the actual number could be much worse, because the impact of the Auxílio Brasil expanded from 400 reais to 600 reais was not incorporated into the accounts, despite the understanding general view that it will be put into practice.

Thu Aug 25 , 2022
Free solution just enough Good password managers cost some money 6/23/2022, 6:54 p.m Password managers are a convenient way to use many different Internet credentials but only have to remember one combination. Stiftung Warentest tested 16 solutions. Many of these are good, the only free, open-source safe isn’t one of […] 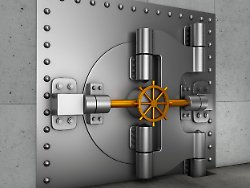