In a week of decision by the Monetary Policy Committee (Copom), of the Central Bank, the market follows a new round of upward revisions in the projections for next year’s inflation presented this Monday (1).

For the 17th week in a row, the median of estimates from economists consulted by the Central Bank pointed out that inflation should end 2023 at 5.33%, above the 5.30% forecast last week. The numbers were presented today in the BC Focus Report.

In the wake of higher inflationary pressures next year, economists also recalibrated the midpoint of their 2023 Selic forecasts, which rose from 10.75% to 11.00% this week.

For this year, however, there was no change in the projections for the Selic, which remain at 13.75%. According to Copom options contracts traded on B3, there is an almost 88% chance that the BC will raise interest rates by 0.50 percentage point to 13.75% per year at this Wednesday’s meeting (3).

After a week of rising oil prices, financial agents followed the decline in oil contract prices, of more than 2.5%, in the early morning. At 9:50 am (Brasilia time), the dollar also dropped 0.47%, trading at R$5.1498, on the spot market.

In the United States, investors await the official employment report (payroll), which will be released next Friday (5). The objective is to understand whether or not the Federal Reserve (Fed, US central bank) should follow the higher pace of monetary tightening, after better-than-expected data for the consumer spending index (PCE, its acronym in English) on Friday. fair (29).

At Treasury Direct, the public bond market operates with a drop in rates, in most maturities, on the morning of this Monday (1).

It is the second session in a row in which all fixed-rate securities available for purchase offer returns below 13% per annum.

In the first update in the morning, the floor offered by fixed rate securities reached 12.75% per annum, in the case of the 2025 Fixed Rate Treasury. In the previous session, the interest delivered by this security was 12.76%.

Check the prices and rates of all public securities available for purchase at the Treasury Direct this Monday morning (1):

Although it showed a worsening in the projections for inflation and for the Selic in 2023, the Focus Report released today by the Central Bank brought, once again, an improvement in expectations for the rise in prices this year.

The double movement is the result of measures approved by the National Congress, with the support of the federal government, to lower fuel prices and the electricity bill a few months before the election.

As the stimulus should occur until the end of this year, the cut in projections tends to be reversed in next year’s IPCA. No wonder the estimates for the coming year are rising week after week.

Adjustments were also made to the projections for the expansion of the Brazilian economy. The forecast for the growth of the Gross Domestic Product (GDP) this year rose from 1.93% to 1.97%. Next year’s fell from 0.49% to 0.40%.

Already on the political scene, investors reflect the 35% reduction in the Tax on Industrialized Products (IPI) levied on products not manufactured in the Manaus Free Trade Zone.

The text was published last Friday (29), in an extra edition of the Official Gazette (DOU). The document also brings an additional reduction of the IPI levied on automobiles, from 18% to 24.75%.

Attention also to the information that São Paulo and Piauí obtained yesterday (31) an injunction from the Federal Supreme Court (STF), which allows immediate compensation of ICMS losses with the reduction of fuel, electricity and communications rates through the rebate payment of installments of debts with the Union.

After the approval of a package of measures focused on reducing fuel, energy and other essential items, the next president of the Republic is expected to start work next year with the government’s cash flow at least BRL 178.2 billion empty.

Part of the invoice has already appeared in the National Treasury accounts, reports the newspaper O Estado de S.Paulo. According to the vehicle, the loss of resources could rise to R$ 281.4 billion, with the reduction of the cash of governors and mayors with the permanent exemption of the ICMS on fuel, energy, transport and communications and the Tax on Industrialized Products (IPI ).

With the inclusion of a possible readjustment in the salary of federal servants, the value could reach up to R$ 306.4 billion, calculates the newspaper.

On the international scene, financial agents echo a statement by Yi Huiman, chairman of the China Securities Regulatory Commission, that the regulatory body will prioritize stable market operations.

“We must always adhere to the bottom line mentality and resolutely prevent ‘market failures’ from causing abnormal fluctuations,” said Huiman.

At the same time, to stimulate consumption, China will extend a tax exemption on purchases of renewable energy vehicles, following a cut in the car purchase tax, boosting the auto sectors.

Also noteworthy are indicators from China. The Chinese industrial purchasing managers index (PMI) dropped from 51.7 in June to 50.4 in July, according to a survey released by S&P Global in partnership with Caixin Media.

The result above the 50 barrier shows that the Chinese manufacturing sector continued to expand last month, albeit at a slower pace.

China’s official industrial production, as measured by the National Bureau of Statistics (NBS), ended July at 49, down from 50.2 in the index’s June reading.

As a result, the purchasing managers index (PMI) was below 50, which means a contraction in activity in the sector.

It also fell short of the median forecast of 50.3 made by economists surveyed by The Wall Street Journal.

Can my boss send me to the home office to save energy?

Mon Aug 1 , 2022
A man is sitting at his laptop at home. The federal government is discussing whether working from home can help save gas in winter. picture alliance/dpa/Annette Riedl The situation continues to deteriorate: For almost a week, Russia has been delivering only 20 percent of gas to Germany. In view of […] 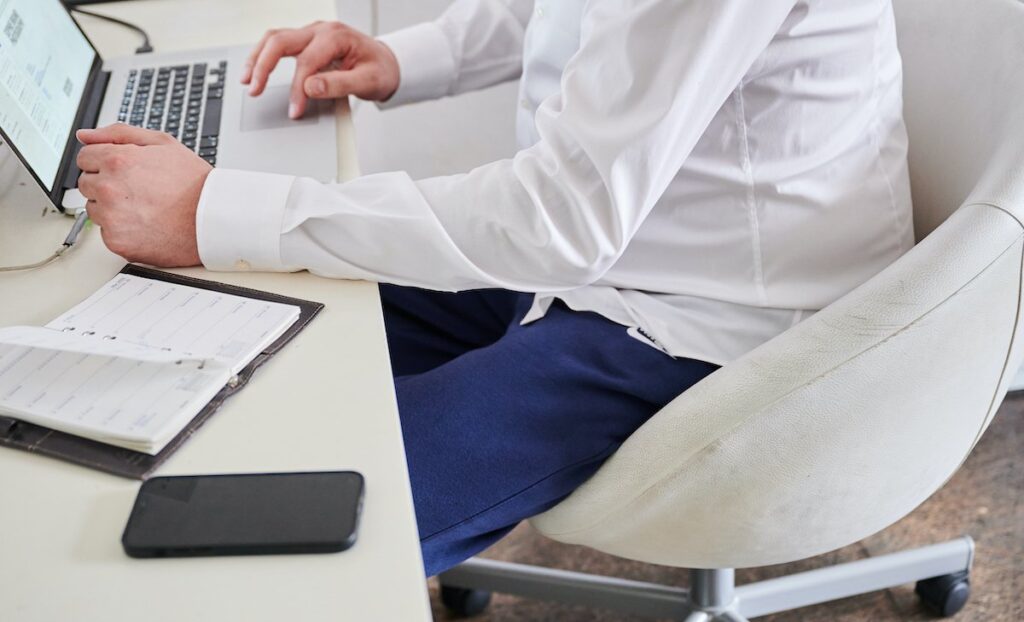