After strong falls the day before (28), the public bond market recorded mixed rate movements on the morning of this Friday (29). Short-term and intermediate-term fixed-rate bonds show a drop in interest rates, while longer-term inflation-linked bonds operate with higher returns, for the most part.

After statements by Jerome Powell, chairman of the Federal Reserve (Fed, US central bank) seen with a more dovish tone (less inclined to monetary tightening) and data that indicated a technical recession in the United States, investors are monitoring US inflation numbers today.

The core consumer spending price index (PCE) rose 0.6% month-on-month and 4.8% year-on-year. The data was higher than expected by the market and helped to make the scenario more ambiguous for the Fed. Fears also grew that the country could face stagflation – when a nation experiences a drop in economic activity, along with a sharp rise in prices.

Record inflation figures in the euro zone in July are also highlighted in the external scenario. On the local scene, the market reflects the unemployment rate in Brazil in the second quarter, with better data than expected by the market. Investors also monitor the public sector’s primary result for May, with a Refinitiv consensus pointing to a deficit of BRL 24.5 billion.

The last time the 2025 Fixed Rate Treasury offered a return below 13% was earlier this month.

Inflation-linked papers, on the other hand, showed high interest rates in the first update of the day. The highest real return was offered by the IPCA+2055 Treasury, in the amount of 6.27%, up from 6.24% the day before (28).

Check the prices and rates of all public securities available for purchase at the Treasury Direct this Friday morning (29):

GDP in the eurozone and commodities

Financial agents are keeping an eye on eurozone data. The region’s annual consumer inflation rate (CPI) hit an all-time high of 8.9% in July, surpassing the previous record of 8.6% in June.

The data are preliminary and were presented this Friday by the European Union’s statistics agency, Eurostat. This month’s result surpassed the expectations of analysts polled by The Wall Street Journal, who had predicted rate stability at 8.6%.

Energy costs alone jumped 39.7% year-on-year in July, boosted by the Russian-Ukrainian conflict, after rising 42% in June.

Eurostat also released preliminary data on the eurozone’s Gross Domestic Product (GDP) today, which grew by 0.7% in the second quarter compared to the first.

The result came well above the expectations of analysts polled by The Wall Street Journal, who had forecast a rise of just 0.1%.

Commodities also stand out. Oil prices rise on tight supply as attention turns to Organization of the Petroleum Exporting Countries and allies (OPEC+), which has agreed to meet next week.

The prices of iron ore, in turn, rise and engage the sixth consecutive high in Dalian. On the other hand, the most traded iron ore contract in September on the Singapore Stock Exchange fell 3.7% to USD 114.30 a tonne, after reaching its highest level since June 30, at 119, in the previous session. 90 dollars. China indicated that controlling Covid-19 outbreaks was still a priority, as state media said after a Communist Party meeting on Thursday.

In the local economic scene, the unemployment rate in Brazil fell to 9.3% in the second quarter, the lowest level for the period since 2015 (when it was 8.4%). The data were presented this Friday by the Brazilian Institute of Geography and Statistics (IBGE) and are part of the Continuous National Household Sample Survey (PNAD Continuous).

The result is better than expected by the market. The Refinitiv consensus projected an unemployment rate of 9.4%.

The number of unemployed dropped 15.6% in the quarter, to 10.1 million people. This represents 1.9 million fewer people looking for work in the country, which made the unemployment rate drop 1.8 percentage points compared to the first quarter.

On the political scene, the federal government edited Provisional Measure 1,131 yesterday (28) to open an extraordinary credit of R$ 10.901 billion that will enable the payment of aid to autonomous cargo carriers and the payment of aid to taxi drivers. In addition, the measure allocates funds for granting financial assistance to states and the Federal District that grant ICMS tax credits to hydrous ethanol producers or distributors.

The aid to be paid to taxi drivers and self-employed transporters is provided for in the Benefits PEC, converted into a constitutional amendment in mid-July.

Also noteworthy is the information that the government already accumulates R$ 70.4 billion in dividend income, and the value may exceed R$ 100 billion this year, according to calculations made by the newspaper O Estado de S.Paulo.

Part of the amount is the result of the profit announced the day before by Petrobras, in the amount of R$ 54.3 billion. As the company’s majority shareholder, the Union expects to receive R$ 25.2 billion, according to National Treasury estimates.

According to the newspaper O Estado de S.Paulo, in the year, the collection with dividends can exceed R$ 100 billion and safely guarantee the turn of the government’s accounts from deficit to surplus at the end of the year. This is the expectation of the economic team. Paulo Guedes, Minister of Economy, counts on these revenues to deliver the year with a positive balance in public accounts. The last time this happened was in 2013.

I bought bitcoin at a kiosk, so I won't do it again

Fri Jul 29 , 2022
The operation of the machine is simple and self-explanatory – but has its price. Tristan Filges In Germany there are 24 Bitcoin ATMs where you can buy Bitcoin and Ethereum with cash. The machines can be found at Rewe, Saturn and recently also at a Volksbank in Bavaria. I bought […] 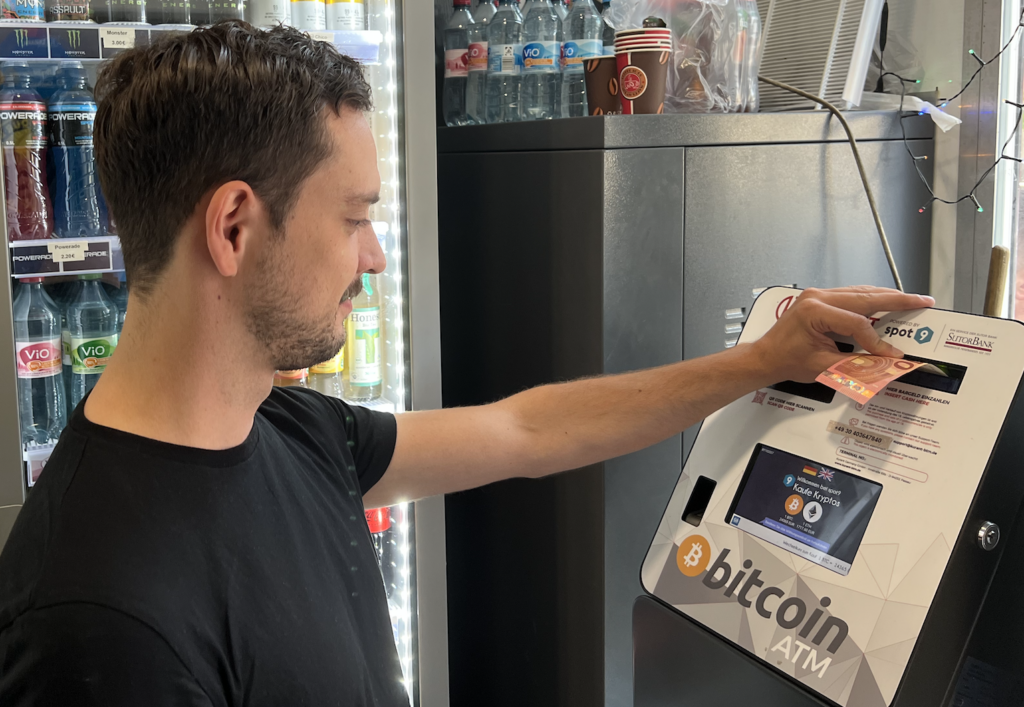