A woman walks with the remains of a cart past her burned-out house in Lisichans k, Donbas. / AFP

Three months of war have passed, thousands of people have died and more than 500,000 million euros have been caused for the war in Ukraine to return to its starting point: Donbas. Fighting has become entrenched in Donetsk and Lugansk. kyiv tries to expel the Russian invaders.

The Muscovite Army seeks to secure it as its own territory, control the entire strip to the south and east of the country up to Crimea and thus close the belt parallel to the Sea of ​​Azov. In other words, both countries are struggling to dominate practically the same piece of land for which they have been killing each other since 2014, while the least affected provinces try to get back on their feet and others recover a certain normality.

If someone wanted to make a war blockbuster about what is happening right now in Donbas, the plot would be divided into two major sequences: the confrontation of two artillery along the border and the street-by-street fight in Severodonetsk. Like Svitlodarsk and Limán, occupied a few days ago, and Mariúpol before, this city is a key piece. It paves the way to the two provinces and a mining basin.

Severodonetsk today is flat land. Six out of ten buildings have been brought down by bombs. And that facilitates the Russian ground advance, without high floors from which Ukrainian snipers fire or buildings that can be converted into ambushes.

“The Russians advance towards the middle of the city. The situation is very difficult,” with sidewalk-to-sidewalk fighting, Governor Sergei Gaidai said Monday. In the midst of the assaults, the French journalist Frederick Leclerc-Imhoff died from an invading attack while he was aboard a car that “was preparing to evacuate a dozen people in an area that has come under enemy fire.” The reporter, a worker for the French network BFM TV, was mortally wounded in the neck when bullets and shrapnel from a mortar pierced the vehicle. The French president, Emmanuel Macron, lamented the death of Leclerc-Imhoff and reiterated France’s support “for those who carry out the difficult mission of informing.”

kyiv and Moscow throw everything they have at each other. It is perhaps the fiercest confrontation in eight years of conflict in the region, with the exception of the brutal occupation of Mariupol, where 22,000 civilian bodies have already been rescued, without having removed most of the city’s ruins. The battle is already stretching to Lisichansk, another point of interest for the Kremlin conquest operation. His army has deployed long-range artillery throughout the Donbas divide and is shaking the resistance fortifications with shells and missiles.

The accumulation of Russian ground troops, coupled with the proximity to their country, which gives the invaders a clear logistical advantage with supplies, is proving lethal for the Ukrainians who, despite everything, counterattack in Kherson and other enclaves to try to recover part of its land. The president, Volodímir Zelenski, traveled to Kharkov on Sunday to impose medals among the military. Low morale is becoming a new ghost for kyiv.

Quite a few members of the civilian militias have left the front lines, frail without weapons and disheartened by the lack of support. There have been several trials for desertion. Uncertainty and fear also contribute to their march: if they do not die in combat, they have a good chance of falling prey to the Russians and facing an uncertain future. The pro-Russian authorities in Donbas announced yesterday that the soldiers of the Azov Battalion surrendered after the handover of the Azovstal steelworks may face the death penalty. kyiv has limited itself to pointing out that everything surrounding these fighters is “public” material, but right now “classified” and secret, which adds more concern. It has also transpired that numerous foreign volunteers have returned to their countries, frustrated, tired or frightened.

The Government insists on requesting weapons from the West to “revert” the situation, although time is pressing. The Czech Republic has sent material worth 24 million euros, France has promised new supplies and the US, too. However, Washington almost certainly does not include MLRS multiple launch rocket platforms. These projectiles are capable of entering Russia from kyiv and the White House fears that such a powerful weapon aggravates ‘in extremis’ the tension with the Kremlin.

Another issue is that, as the war becomes chronic, problems appear at home. The elections to the Rada, the Ukrainian Parliament, are scheduled for October 29, 2023 – provided that the war crisis ends before and martial law is not prolonged – and that seems to crack the unity that has existed since the beginning of the invasion between the officials and the opposition. This complains, for example, of the scarce margin of public intervention of the deputies in a crisis where Zelenski assumes all the media visibility and his office and the ministerial cabinet make the political decisions; which would curtail the role of parliamentarians and their possibilities of explaining what they do.

Apparently, both have begun to take out their dirty laundry. The territorial chiefs demand to have time on national television and the critical deputies disgrace the Government as before the invasion they said they had planned their evacuation and that of their families and in the end it did not happen.

On the other side, Zelenski would carry out an exhaustive control of the work of each parliamentarian in this war. And to complicate matters, it is rumored that he could have a future political rival in the Commander-in-Chief of the Armed Forces, Valeri Zaluzhni, known as the “iron general” by the Numantine resistance against the Russian forces.

The tender for sports works grows 83% in April 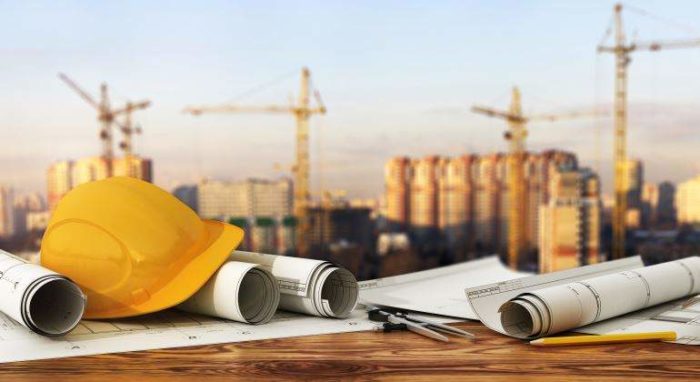