Every time US congressmen ask the Ukrainian government what it needs, the answer is “guns, guns, and guns.” And not just anyone, but those that “we know the United States has,” President Volodimir Zelensky once said. He was referring to portable long-distance rocket launcher systems that allow destroying enemy artillery at a distance of up to nearly 500 kilometers, such as those that Washington will finally send, although the White House does not trust Ukraine so much and will give a limited scope version.

“What bothers me most to hear is: ‘We’re on it,'” Ukrainian Foreign Minister Dmytro Kuleba said last week. “The White House is dragging its feet on this issue,” Senator Lindsey Graham denounced. The Pentagon, which has shown unusual signs of speed in delivering weapons to Ukraine, did not like these criticisms.

In reality, it was the White House that was holding back the delivery of the Army’s so-called Tactical Missile Systems, because the Joe Biden government fears that Ukraine will use them to fire at targets inside Russia, with the consequent escalation of the conflict. The last thing Biden wants is to further enrage Moscow and be forced to drag his country directly into the war. That is why this Wednesday he did something that Donald Trump would never have done: apologize preemptively.

According to Washington. The Ukrainian government has guaranteed the White House that it will not shoot outside its borders

More arsenal. Germany announces that it will also send its “most modern anti-aircraft system”

The opinion piece that the president published in the pages of the ‘Washington Post’ was an attempt to reassure Putin with the promise that “despite how much we disagree, the US will not try to remove him,” he wrote. “He will neither get directly involved in the conflict by sending US troops or attacking Russian forces,” he promised.

In the language of tyrants, the trump card of strength is something that no military strategist recommends taking off the table, but Biden shows signs of weakness that Putin does not miss. Perhaps that is why when Zelensky was asked on Tuesday by the conservative channel Newsmax if he believes that Russia would have invaded Ukraine with Donald Trump as president, he avoided answering. Or maybe because he doesn’t want to antagonize the one who could return to the White House in three years. “For us, as a country at war, it doesn’t matter if those in power are Democrats or Republicans. What matters to us is the support of the United States », he replied.

kyiv has assured Washington that it will not use the high-precision missiles to escalate the conflict, Secretary of State Anthony Blinken said on Wednesday. “We are not looking to prolong the war or enable Ukraine to shoot outside its borders,” Biden wrote in his column. The president is convinced that the only solution to the conflict is negotiation, but he seeks to provide Ukraine with a strong hand in those negotiations, promising that he will never press Ukraine to accept territorial concessions.

The HIMARS it will send (an acronym for High Mobility Artillery Rocket System) are mobile rocket launchers that can hit a target at a distance of between about 80 and 500 kilometers, but the White House has chosen the ones with the shortest range within that range. They will be part of a $700 million package that will include more Javelin anti-tank missiles, radar systems, helicopters and tactical vehicles that can mount guided missiles.

Despite the demonstration by the US president, the Kremlin expressed on Wednesday its belief that “the United States deliberately adds fuel to the fire. These (weapons) deliveries do not encourage the Ukrainian leadership to relaunch peace negotiations,” presidential spokesman Dmitry Peskov said.

It so happens that Germany also joined this Wednesday in sending war supplies to kyiv. Federal Chancellor Olaf Scholz announced it during a speech in the Bundestag. The attacked country will receive the “most modern anti-aircraft system available to Germany”, which will allow kyiv to protect “an entire large city from Russian air attacks.” It is the Iris-T short-range air-to-air missile system, developed in coalition with six other countries after the end of the Cold War and produced by the German Diehl consortium. In addition, Berlin will provide ‘Cobra’ mobile radars for the location of enemy artillery, which recognize and calculate the ballistic trajectory of the projectiles to precisely locate the point of origin of those shots and be able to combat it.

Scholz strongly rejected the conservative opposition’s accusations that Germany does not supply Ukraine with heavy weapons. He recalled that several NATO partners in Eastern Europe are providing tanks and combat vehicles to the Army in exchange for similar military material that Germany will deliver.

Greece joined these exchanges that have already been agreed with Slovenia or the Czech Republic on Wednesday, said the federal chancellor, who stressed that, together with the Netherlands, they will supply kyiv with ‘Gepard’ battle tanks and a dozen heavy howitzers. self-propelled ‘Panzerhaubitzen 2000’, considered among the most modern in the world. Ukrainian soldiers have been in the German Palatinate for two weeks learning how to handle the latter.

The federal government made “a brave decision” when, in the face of Russian aggression, it decided to end the tradition of not sending weapons to war zones. “A few days after the war started, we sent anti-aircraft missiles and anti-tank weapons,” Scholz said.

Denmark will join the EU’s defense policies after thirty years of exceptionality agreed between Copenhagen and Brussels that allowed it not to join the Union’s military missions, even if it did take part in civil ones. Around 70% of Danes, according to the first polls, voted this Wednesday in favor of this accession in a referendum called by the authorities after Russia’s invasion of Ukraine. The decision follows that of Finland and Sweden, which have also broken their neutrality rule by applying to join NATO.

Contrary to these two countries, Denmark is integrated into NATO. One reason for not belonging to the EU defense agency is that its citizens did not consider it necessary to be in two different military structures. With the war, the perception has changed.

The consultation coincided with the gas supply cutoff that Moscow began to apply to the country. The energy war has intensified this week with the EU’s veto on the import of Russian oil that it receives by sea. And the replica strategy, although it remains the same, is expanding throughout Europe. One gas cut after another as customers refuse to make payments in rubles.

The lockdown began with Poland and Bulgaria; reached Finland less than three weeks ago; on Tuesday to the Netherlands and this Wednesday to Denmark and Germany. “Shell Energy Europe Limited has notified Gazprom Export that it does not intend to make payments in rubles under the German gas supply contract,” the Russian gas giant said in a statement. There are around 1,200 million cubic meters of annual gas supply that are channeled through the British capital company. A priori, the impact on the affected country will be low -Germany’s needs move around 95,000 cubic meters each year-. “Security of supply continues to be provided,” stressed the German Ministry of Economy, which will follow “very closely” the evolution of events.

Thu Jun 2 , 2022
The new official LaLiga ball wants to reflect the healthy obsession that football provokes in all lovers of this sport. (1-6-2022). The sports brand Puma and LaLiga have presented the official ball of LaLiga Santander and LaLiga SmartBank for the 2022/23 season, Puma Orbita LaLiga. With powerful graphics, it is […] 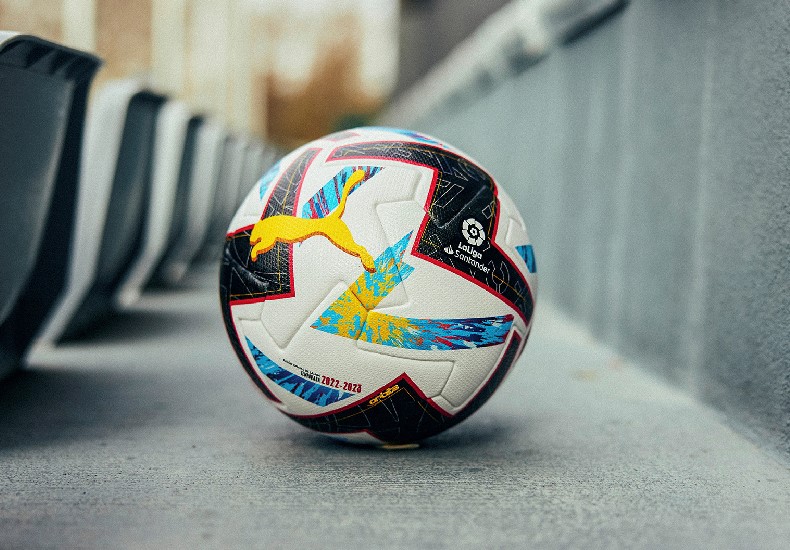