The family of a Guatemalan teenager killed in the Texas truck tragedy travels by bus to collect the body. / s. sebastian/Reuters

As the 53 immigrants suffocated inside a trailer in Texas are identified, their lives and miseries can also be reconstructed

When they were found in a trailer that smelled of cooked meat, they were just a mass of intertwined bodies, “so hot it burned to touch them,” said San Antonio Fire Chief Charles Hood, who has had to seek psychological help for his men. Little by little, the Bexar County coroner’s office has been unraveling the skein of dreams and miseries that united the 53 deceased of the greatest migratory tragedy that occurred in the United States, abandoned inside a truck without water or air conditioning at the foot from the highway near San Antonio (Texas).

It is necessary to resort to the investigations and journalistic reports of five countries to restore the life that was slowly extinguished. “Our team is passionately dedicated to naming each of the lives they represented,” a county spokesperson told the Washington Post. For now that includes 27 Mexicans, 14 Hondurans and 7 Guatemalans, but five bodies remain to be identified. Consular authorities collaborate in a round trip process to remote villages to connect any identification, card or phone number they carry. The death balance can still rise, because according to the director of Immigration of Mexico, Francisco Garduño, the human load of the truck amounted to 67 people, among whom there were at least two 13-year-old adolescents.

It is believed that they went up in Laredo, excited to have finally reached the promised land, and convinced that they already caressed the American dream. “Let’s go out, mom!” Was the last Magdalena Tepaz heard of her son Wilmer Tulul, who at 13 had embarked on an adventure with her cousin Pascual Melvin, of the same age. They followed the route of so many other residents of their small village of Quiche Indians in Tzucubal, in the heart of the Guatemalan mountains, where the 1,500 inhabitants subsist on what they grow and the remittances sent by those who have already emigrated to the United States.

The woman, a single mother of two children, does not even speak Spanish. Her son and her cousin barely messed it up, but they grew up together, dreamed together, and died together on Monday. “I wanted them to study in the US,” she told the Associated Press through an interpreter. “They wanted to find work and help me build my house,” she sobbed. They had relatives waiting for them in Houston and had pooled the money to pay the traffickers until they could pay them back.

As in the planes, each one had paid a different rate. Wilmer’s relatives, 6,000 dollars, of which they will save half because the merchandise never arrived at its destination, and the traffickers are not in a position to claim it. The suspected driver of the truck, Homero Zamorano, 45, was found by police hiding in some nearby bushes, with the apparent intention of posing as one of the survivors.

Border patrol cameras captured him driving on Interstate 35 through Texas, although the vehicle never crossed the border. The calls recorded on his phone have also made it possible to arrest Christian Martinez, 28, accused of a conspiracy to transport undocumented immigrants resulting in death, and the Mexican brothers Juan Claudio and Juan Francisco D’Luna-Mendez, 23 and 48 years old. respectively, charged with weapons-related offences.

If Magdalena Tepaz expected her children to build her a house in her Guatemalan village, Yolanda Olivares had to sell hers in the Mexican town of San Marcos (Veracruz) to pay the 10,000 for each of her two children and her cousin who undertook the road at the age of 16. The last thing she knew, they were in a Laredo warehouse waiting to be picked up, having swum across the Rio Grande with the coyote, “a kind man” who had already “helped” other relatives. One of them was waiting for them in Austin. “They were so excited knowing that the next morning they would be there,” the devastated mother told the ‘Washington Post’. The message on the phone has been deleted, never to be heard again. “I don’t have any tears left.”

Not everyone was so humble. From Las Vegas (Honduras), Karen Caballero said that her children had worked hard to pay for their studies, but could not find a job. “They were always told that they lacked experience. One thinks that being prepared they could have a future in the US », she lamented.

Fernando José Redondo Caballero, 20, his brother Alejandro Miguel Andino, 24, with a degree in Marketing, and his girlfriend, Margie Tamara, 25, a graduate in Economics, had been helped by their younger brother, from 18. “Alejandro was a little scared. He told me, “Mom, if we don’t come back…” she recounted. “Don’t say that, that you’re not going to be the first or the last to go to the US wet,” she cut short. And in that she was right.

Midfielders were the footballers most affected by covid

Fri Jul 1 , 2022
In the positional comparison, the midfielders stood out as the most used players and showed the greatest loss of performance. Image: Master1305. (1-7-2022). Researchers from the Polytechnic University of Madrid have participated in a study to detect whether the sports break registered by the confinement due to COVID-19 had consequences […] 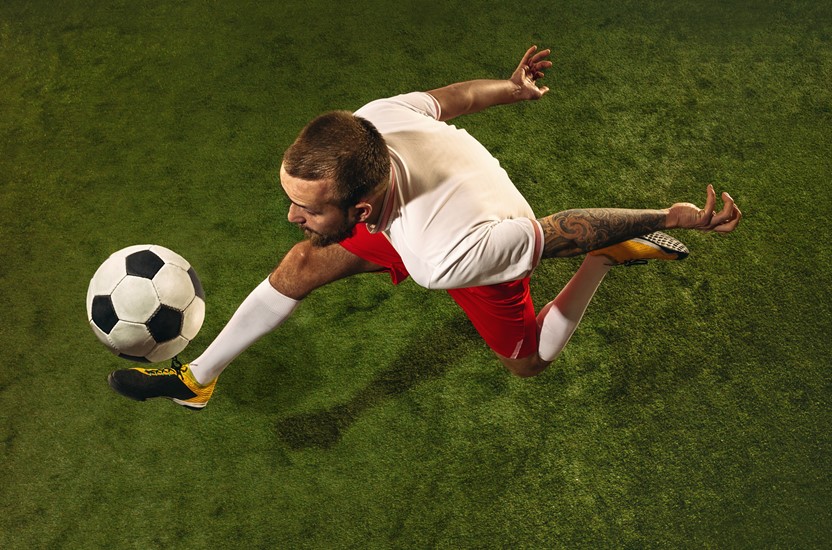