In the previous chapter we said that the success of the energy transition outlined by Claudio Huepe will depend on future innovations in storage technologies (batteries) for NCRE and on how it combines the technical development of clean energy with the environmental variable. In addition, it will have to resort to the distribution law (last version 12/21/19 of DFL 4), to promote competition in the electricity market.

Santiago de Chile.- Another of the axes of the future energy holder is the development of green hydrogen (H2V). Chile stands out for its capacity to produce one of the cheapest H2V in the world, given the levelized cost of its production based on solar photovoltaic and wind energy, in areas with the greatest extraction potential: Atacama and Patagonia.

But, first you have to have the knowledge and ad hoc infrastructure to make H2V a competitive alternative to fossil fuels, warns Edward Fuentealba Vidal, Director of the Antofagasta Energy Development Center (CDEA) and academic from the Department of Electrical Engineering. from the University of Antofagasta

“Most developed countries are investing in R&D and infrastructure to make this resource viable, it would be absurd for Chile not to do so. NCRE sources must also be strengthened to have prices below US$20 megawatts per hour. Only then will the H2V take off”.

Similar is the view of Eduardo Andrade, Executive Secretary of the Chilean Association of Energy Traders (ACEN). “There are still important unused primary sources of NCRE in the north and south of Chile. We must continue to develop them so that when the production costs of H2V successfully compete with fossil fuels, our country will be in an advanced position”.

However, the H2V strategy should tend towards a distributed generation system, says Lorenzo Reyes, Doctor of Energy from the Federal Polytechnic School of Lausanne (Switzerland) and Director of the INVENT nucleus at the Austral University of Chile (UACh).

“Today the strategy is mainly based on large H2V generation centers, leaving out the possibility that small industries and public, private or residential users can produce, store and consume their own H2V. The technology is mature enough to think of a distributed generation”.

Although Claudio Huepe intends to take this post and run to embrace the goal, on his way he will have to face fences that are too high that he could trip over.

According to the latest annual ranking prepared by Bloomberg New Energy Finance (December 2021), “only 0.1% of the Chilean fleet is electrified.” It is that the price of the electric car is still too high compared to that of gasoline combustion.

“Here it is only possible to take limited measures such as the reduction of some tax, which can have a more communicational than real effect. Electric vehicle costs will continue to be high for some time,” says Andrade.

Instead, Fuentealba is more critical of the electromobilizing strategy. “A difference must be made between traditional and electric transportation, given that taxes and national costs do not favor the use of electric cars, discouraging their use in the short term.”

The truth is that electromobility also requires a complex infrastructure to operate in efficient ranges, the first step being to strengthen the distribution lines in the face of increased energy demand.

Then you have to plan charging stations with a minimum number of electrochargers, in addition to designing ducts, wiring and adequate amperage. Next, it is necessary to calculate the electrical load on the local system and the network in general, to guarantee a correct and safe load.

But, without a doubt, the great challenge is the charging infrastructure associated with demand. Today, if the electric vehicles all arrived at the same time to charge at night, the network would collapse.

All in all, Reyes is confident that the road to electromobility will not be so arduous. “The new Electromobility Sustainable Acceleration Center, which begins in 2022, will support the work of the State in the generation and development of business models throughout the electromobility value chain that can be carried out”.

“Although first you have to push electromobility in public transport, since many cities in our country seem to have remained in the ’90s.”

When 5G landed in Chile (2020) we were excited about smart cities. The possibility of driving our electric car remotely, which in turn would be connected to other cars, traffic signals and electric charging stations, promised 100% efficient and safe driving. Unsuspected would be the contribution of 5G to electric public transport.

However, we are very far from this. To materialize a 5G highway, where electric vehicles and thousands of electronic devices for domestic, professional and industrial use are connected at the same time (Internet of Things) and at a speed 100 times higher than 4G, quality bandwidth is required .

The latter determines the maximum amount of data that can be transmitted and is only possible with the use of fiber optics. What is the problem? Some operators in Chile continue to use coaxial cable, which is inferior in quality to fiber optics.

Consequently, for all that has been said up to here, Claudio Huepe has it too difficult. 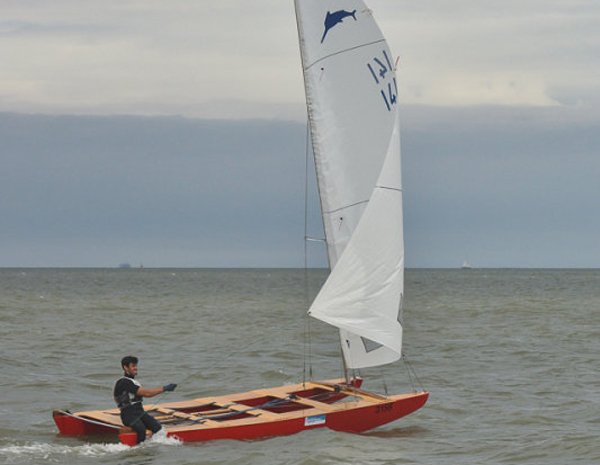