A group of women protest in Virginia against the abolition of the right to abortion. / MICHAEL REYNOLDS/efe

For most it happened overnight. In just two weeks, the rulings issued by the United States Supreme Court have radically transformed the country, with such a conservative twist that no president could have achieved it. The court has expanded the right to freely bear arms, has severely restricted the right to abortion to the point of being completely annulled in some states, has blurred the separation between Church and State, has strengthened police power and has prevented the Administration from regulating the coal industry. to fight climate change. Happy birthday, America.

On Monday the barbecues of this July 4th will be a coven in which women burn their menstruation calendar, men polish their pistols and evangelicals pray defiantly. On the flame, charcoal. Black, dark, very polluting. Nobody can prevent it. The Supreme is the last instance. Thousands, millions of Americans will laugh and dance around the bonfire that will transport the country to a past time that many yearned for. The one that Donald Trump promised them when he spoke to them in the campaign of the “good old days”. The ones where the Black Lives Matter protesters who were disrupting their rallies were “carried out on stretchers” by the police and the women lived raised on their heels to adorn the alpha male.

With the bunch of bomb sentences that it has issued, the new conservative supermajority has instructed all judges in the country on how they have to rule: attached to the Constitution with which the United States was founded 234 years ago and rooted in ‘tradition’ . Not the one from half a century ago, when your ancestors approved abortion rights in Roe v. Wade, but the one from 1868, when the 14th constitutional amendment was passed, which is “how the States regulated abortion,” the majority opinion wrote in its last week’s failure.

The three progressive justices angrily dissented from all of these rulings, calling their colleagues’ “originalist” attachment “stiff and stiff.” The founding fathers, they interpret, “defined rights in general terms to allow their future evolution in scope and meaning.” The United States is no longer the Wild West country of that time, nor do the soldiers carry carabiners. Magna Carta can be stored in formaldehyde so it doesn’t evolve, but carabiners have become automatic assault rifles that fire a hundred rounds a minute. And those who use them are not defending themselves against British or Indian soldiers, who, by the way, have also taken a hit from the court this week.

By ruling on the Oklahoma case against Castro-Huerta, the conservative majority has undermined the sovereignty of the Native Americans on their reservations, where they have had legal control since their founding, according to the signed treaties. The magistrates now consider that the State of Oklahoma will be able to try those who are not Native Americans for crimes they commit within the tribal reservations, where they have their own Police and judicial system. “One can only hope that future political branches and courts will honor the promises this nation made to the natives, even if today we have betrayed them,” said conservative Justice Neil Gorsuch.

In all these cases it was ruled against an already existing jurisprudence. It was Gorsuch himself who in 2020 wrote the majority opinion in favor of McGirt v. Oklahoma, in which that State was denied the opportunity to arrest and try for crimes committed “within the jurisdiction of the reserve of a federally recognized court” . According to that, almost half of Oklahoma, including part of Tulsa, would escape the power of Republican Governor Kevin Stitt, who on May 26 signed the first law in the country that completely prohibits abortion, with the sole exception of saving life. of women or in previously reported cases of rape or incest.

“The majority of the court has struck down Roe v. Wade for one reason only: because they have always held it in contempt and can now vote to dismiss it,” Justices Stephen Breyer, Sonia Sotomayor and Elena Kagan wrote in unison. That opportunity was provided by the leader of the Republican Party in the Senate, Mitch McConnell, who in 2016 denied Barack Obama the legitimate right to appoint the successor of Justice Antonin Scalia, who died in February 2016. McConnell abused his power to establish the Senate agenda and refused to put on it the confirmation of Judge Merrick Garland whom Obama had chosen, arguing that the election was “so close” that the nomination should be reserved for the future president. It could have been Hillary Clinton, in which case women in America would not now be in the streets demanding their right to abortion, but it was Donald Trump, even though he got fewer votes than she did. That allowed him to appoint Justice Brett Kavanaugh, a signer of the opinion that this week has stolen sovereignty from Native Americans.

The same argument did not serve to give Joe Biden the honor of choosing the successor of the champion judge of feminism Ruth Bader Ginsburg, who died untimely a month and a half before the elections. McConnell rushed the confirmation process for Amy Coney Barrett, whom Trump swore into office six days before he lost the election. Many consider it “a coup by the judiciary in progress,” Congresswoman Alexandra Ocasio-Cortez denounced. “If the president and Congress don’t stop it now, the court is signaling that the election is next,” she warned.

Indeed, the court announced Thursday that it will review the case of Moore v. Harper, a dispute over the power of the North Carolina legislature to redistrict electoral districts in an entirely partisan manner that favors the Republican party electorally. So much so that the Supreme Court of that State reversed the decision and studies a revised map. If the Supreme Court of a State is prevented from curbing partisan abuses, as the most conservative judges have already advanced, Trump supporters could have managed to have the electoral results of Pennsylvania not certified, for example, without which Biden would not be in the White House today.

Paradoxically, it was the Supreme Court that intervened in the 2000 elections, opposing Florida’s highest judicial authority and forcing the end of the vote count that separated Al Gore from George W. Bush by just 537 votes. Bush, another president who did not obtain the majority of the popular vote, had the opportunity to appoint two Supreme Court justices, Samuel Alito and John Roberts, who together with the three appointed by Trump and the one chosen by his father, Judge Clarence Thomas, today they form the 6-3 supermajority that inevitably decides the direction of the sentences, even if some of them disagree.

Roberts, who was inclined to allow Mississippi to limit abortion to the first fifteen weeks of gestation, but not to annul the Roe v. Wade case law, is the one who dealt the blow to the Environmental Protection Agency (EPA) this week. “Another devastating failure that will set the country back,” lamented President Biden, who loses the power to lead the world in the fight against climate change. The Supreme Court has considered that it does not have the authority to regulate the carbon emissions of power companies, which according to the goal of its Government would have to generate zero pollutants by 2035. “Few things more chilling come to mind,” Judge Elena Kagan wrote when criticizing to their peers.

There are some. The new breed of judges that the Federalist Society has managed to place on the highest court, influencing conservative presidents, is between 50 and 57 years old. They will spend decades transforming the lives of several generations in which, for the first time in history, women in the United States will have fewer rights than their mothers.

Babolat becomes the official stringer of the Wimbledon Championships

Sun Jul 3 , 2022
During Wimbledon, the stringing service will be staffed by an international team of stringing experts who will prepare ATP and WTA players’ rackets with all the care and meticulousness required by their specifications. (1-7-2022). Babolat has become the official stringer of the Wimbledon Championships throughout the year. The two brands […] 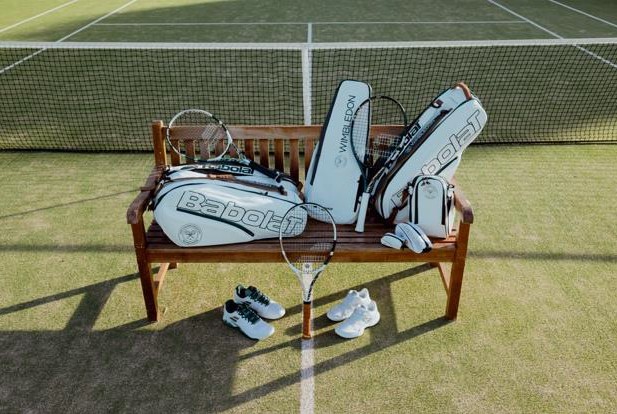