Weapons production in the US has tripled since 2000. / EFE

Donald Trump already said it last month during the convention of the National Rifle Association (NRA), which invested 30 million dollars in his presidential campaign: “We didn’t know how this was going to turn out, but I’ll tell you what: The NRA It has gone very well.” He was referring to the hundreds of judges related to his cause that the president nominated, but in particular to the three lifetime Supreme Court justices who have tilted the majority towards the conservative side and will influence US law for generations. This Thursday they gave him the most important victory that the NRA has had since 2008.

The gun lobby had sponsored two New York state residents, Brandon Koch and Robert Nash, upset that they received only limited permits to carry their guns when visiting the Big Apple, where only those who demonstrate need and goodwill can carry them. conduct. “What if I go through a dangerous neighborhood and want to defend myself?” Judge Amy Coney Barrett questioned during the oral hearing?

Those types of questions anticipated that the conservative majority, which on Tuesday demonstrated its willingness to “continue to dismantle the walls of separation between the state and the Church,” Judge Sotomayor wrote in the dissenting opinion in the case that forces Maine to subsidize religious schools , would deal another heavy blow to society, even before it issues the controversial ruling that will ban abortion.

The prophecy was fulfilled. From now on, anyone can get a license to carry a concealed sidearm without having to show any need or good conduct. Those were the requirements that the Sullivan Law demanded for more than a century, which the Supreme Court declared this Thursday anti-constitutional, because despite having 108 years of validity, it does not conform to the “tradition of bearing arms” that the country has, wrote the Judge Clarence Thomas in his decision.

The $30 million the NRA invested in Donald Trump’s campaign paid off immediately on Wall Street on Thursday, with shares in Smith & Wesson rising more than 9% and Sturm Ruger nearly 4%. All this despite the fact that the Senate has announced a bipartisan agreement to strengthen gun control legislation that could be the most important in three decades, something that normally sends down the price of shares.

Weapons production in the US has tripled since 2000, but in particular it has broken sales records every year since the pandemic began. In large cities like New York, Los Angeles or Boston, the hunters’ argument lost force in favor of the public need to prevent any altercation in the subway from turning into a shooting. Still, each year the police seized more than 3,000 weapons, which in the first three months of the year alone came from 17 states. Now guns arriving in Manhattan will do so legally through the Van Wyck Expressway that connects Brooklyn and Queens to Manhattan, said Mayor Eric Adams, a former police officer. “This will cost lives,” the American Medical Association warned in a statement.

Fri Jun 24 , 2022
From left to right, in the top row, Andreas Bredendiek, Oriol Castelló, Kristoff Delobelle, Nina Esteba and Quim Esteba. In the lower row: Jordi Giménez, Marc Morillo, Jordi Obach Rafel, Víctor Oliva, and David Sainz. (23-6-2022). “Nerves and a lot of desire” are the sensations that they have recognized that […] 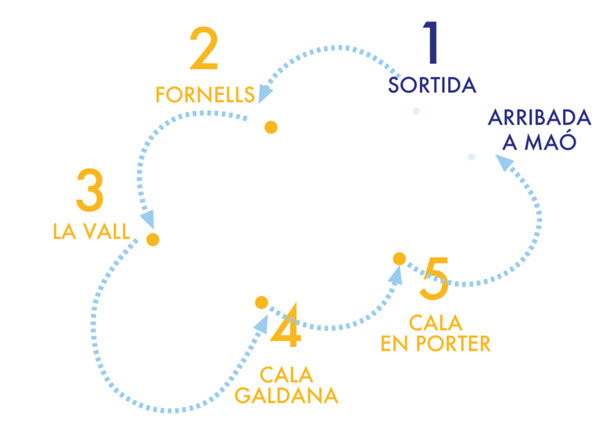