One Piece: Burning Blood is a game that has more followers than you would think, and it probably adds more now that we show you which characters you should prioritize in your gamesThere are several characters that not only have the ability to damage opponents, but also boost their teammates to victory, so you should go for them if you are just starting out.

One Piece: Burning Blood is a title that has been very well received on the different platforms for which it has been released, including PlayStation 4 and Xbox One, as well as obviously on PC, and even when it has a few years under its belt, there are many users who just joined it. From it, We review some of the strongest characters in One Piece: Burning Blood, a key information to start in this title.

The thing is, with over 30 pirates and marines to choose from, it’s not easy to judge the strongest of the bunch. Also, before deciding to unlock, players had better target strong characters, considering that getting them is not cheap. Thus, you have to conveniently spend every penny to make it work.

next are The top of the most powerful and versatile playable characters in One Piece: Burning Blood. They have the ability to help motivate teammates and even take down entire opposing teams on their own, making them a must-have in your matches.

Monkey D. Luffy is one of the balance fighters, also because he is the main character of the series, of course. For those who are new to One Piece: Burning Blood, Luffy is one of the first characters that players can use and they should definitely consider including him in their team..

What the Straw Hats lacked in ranged abilities, this one more than makes up for in speed. Enabling the ability puts Luffy into Second Gear, allowing him to quickly progress through levels, increasing the effectiveness of the punches and kicks he throws at his enemies.

Although the basic movement in Fourth Gear is not as expected, remember that the ability to run and dodge, along with the amount of damage Luffy deals, is pretty incredible. Luffy can quickly and easily defeat opponents, and thanks to his Haki, even Logia-type opponents aren’t safe.

Marco is a peculiar warrior, and that is the first thing fans of the One Piece manga and anime learn. He wields a very rare Zoan-type that grants the power of a phoenix, synonymous with the ability to fly, heal, and Logia-type. While he can’t stay in the air forever, Marco has quite a bit of mobility, power and range.

But it is also true that Marco’s movements are sometimes unpredictable. The range combined with powerful dashes allows him to be versatile in a match, and players can pair Marco with slower fighters to have a new switch action and hold the opponent.

What makes Trafalgar D. Law be such an attractive fighter in Burning Blood is his unique method of fighting. The player has a strong melee character. With his greatsword, Law can deal quite a bit of damage in a one-on-one fight, though not as fast as other swordsmen.

Law is still quick enough to get things done, but it’s skill that gives him the edge.

Thanks to Op-Op Fruit, Law controls an area around him, providing much more technical abilities than other warriors. Law easily bypasses weak points, blocks attacks, and sustains life. Although it is not the easiest to use in Burning Blood, and more if you are beginners, There aren’t many One Piece characters better than Law..

Crocodile is a powerful force to be reckoned with, utilizing the Logia powers of the arena, allowing him to alter its body composition and even the surrounding area to trap nearby enemies.

Like the other powerful Logia users in Burning Blood, Crocodile isn’t the fastest possible option. But he has many ranged attacks designed to throw opponents off balance and cover a wide range, thus controlling the paths that the opponent can take, and putting him in a tight spot.

Crocodile’s focus on power and area control makes him a a solid choice for any outfit. When combined with agile characters that can close the gap, Crocodile can penetrate, defend, and surround enemies with his terrifying power, the same you will suffer if he is on the opposite side.

Define strategies to promote the use of bicycles in large cities 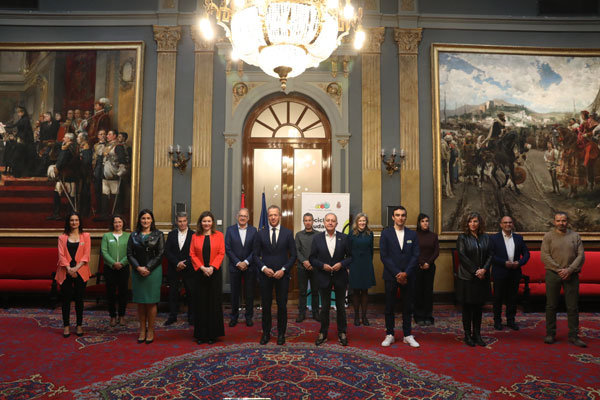