Graph prepared from data extracted from the 2022 Sports Statistics Yearbook, from the Ministry of Culture and Sports.

(10-6-2022). The International Tennis Federation (ITF) recognizes its fear that paddle tennis will end up sweeping tennis and has urged its federations to take control of paddle tennis to guarantee the preservation of the sport led by Rafa Nadal. The Spanish Padel Federation has issued a statement in which it is opposed to being controlled by tennis.

In a general assembly held on May 6 by the International Tennis Federation (ITF), it dealt with the possible modification of its statutes in order to grant it control and governance of the sport of paddle tennis worldwide.

The ITF has openly recognized, according to a statement from the Spanish Padel Federation, that “the proliferation of disciplines similar to padel is a growing concern for the promotion and preservation of tennis as the most established racket sport”.

OFFENSIVE ON THE PADEL

Already last April, the ITF sent a letter to all its associated federations in which it recognized its concern about the growth of paddle tennis, a sport that it perceives as a threat and announces that by the end of 2022 it will have the strategy ready for the offensive on padel, encouraging tennis federations to continue taking control of padel in their countries. He even suggests that they join the International Padel Federation (FIP).

Likewise, in 11 Spanish autonomous communities, padel licenses exceed those of tennis and in another three the difference is less than 10% (Catalonia 1.14%, C. Valenciana 5.36% and Asturias 9.34%).

Based on the above, the Spanish Padel Federation and all of the 18 regional federations, in line with what was proclaimed by the FIP at its General Assembly held in Rome on April 29, has outlined six key actions in a document:

Proclaim the total independence and separation of both sports modalities (paddle tennis and tennis) that have to be governed by independent and different federations.

Reject any interference from the International Tennis Federation (ITF) in terms of padel.

Request the IPF to review the admission requirements for new members in such a way that only Federations that are exclusively Padel Federations are admitted as members, and that the current members that include padel and tennis in their federation become affiliated federations, without right to vote but with the right to participate in sports competitions.

Support respectful cooperation between the IPF, the ITF and the national federations as separate and independent governing bodies of different sports: padel and tennis.

Ask the national and regional sports authorities for their support so that paddle tennis continues to be a sport regulated by the paddle tennis federations (regional, national and international), maintaining its absolute independence from tennis.

Biden angers Zelensky by saying he ignored his invasion warning 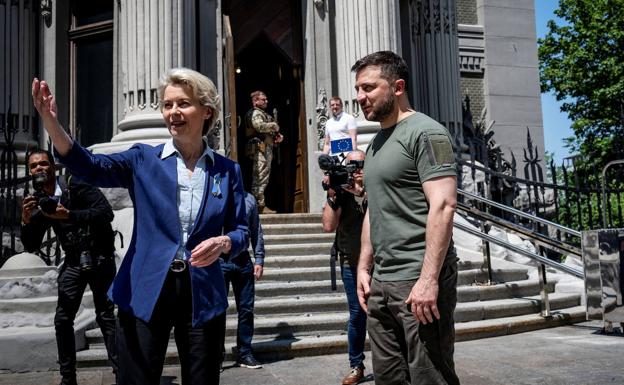