The six sailing skates of the expedition members of the ‘Cadaqués nord enllà’ crossing are sleeping tonight on a beach-marsh inside the port of Gruissan.

(3-8-2022). What today should be the ‘mega-stage’ of the ‘Cadaqués Nord enllà’ crossing, could not be covered and the six skaters have not reached the planned goal after seven and a quarter hours and 29.91 miles covered. They doubt that it will be possible to finish the journey at the intended destination.

Second consecutive day in which the expedition members have not managed to reach the final destination of today’s stage, planned, in principle, at Cape Adge. What should have been the ‘mega-stage’ of the journey, with a distance of just over 40 nautical miles between Canet de Rosselló and Cape Adge, has been reduced to almost 30 miles (29.91). The ‘advance guide of the expedition, David Gracia, has recognized that “we have set sail a little late, around eleven in the morning, but it has not been possible to leave earlier due to logistical problems derived from the distance from the apartment where we stayed yesterday in relation to the point where we had the skates stranded”.

Precisely, that distance last night meant they ended up having some sandwiches in a bowling alley because, as of nine o’clock at night, the restaurants were already closed.

The expeditionaries left Canet de Rosselló with a northeasterly wind of about 7-8 knots. As in the previous days, they have also divided today’s fourth stage into two sections. The first, from Canet de Rosselló to the port located near Leocade, where they stopped to eat. That first section, they have done it upwind, attacking ledges near the coast and avoiding distance between them. Not in vain, of the five stations that they had when they started the journey last Sunday, now only three work for them. This has led to the ‘distribution’ of a station per pair (every two skates) in order to be in contact with each other and with the rest of the fleet.

At the beginning of the second section of the stage, they verified that the wind had dropped to around 5-6 knots. However, a roll to the right has allowed them to sail across and along the coast without doing any tacking.

DOUBTS ABOUT REACHING THE END OF THE STAGE

Despite this favorable navigation course, the intensity of the wind was too light and they have already warned that it would be difficult to reach the final destination of the stage set for today, that is, Cape Adge. In any case, they have not been discouraged, willing to try to get as close as they could to the intended destination.

Finally, seeing that the wind threatened to drop, they decided to finish today’s stage on a beach-marsh in the port of Gruissan. It was 7:00 p.m.

The boats today sleep on “a kind of muddy beach”, as David Gracia has defined it, adding that “we have had to tie the skates to prevent them from moving since their keels will remain ‘soaked’, about three fingers, all the night”.

61 KM FROM THE APARTMENT WHERE THEY ARE STAYING

As the forecast was to reach Cape Adge, the apartment they have contracted for tonight is in or near that town. From where the skates are stranded to the apartment it is 61 kilometers by road.

The expeditionaries have been lucky in that the ‘co-pilot’ who has made the stage today with the promoter of the journey, the writer and journalist Daniel Romaní, has been accompanied by a friend by car. This car is the one that has allowed Romaní and Juan Carlos Campo to be able to leave with the two girls towards the apartment, carrying all the material of the expedition members and, incidentally, buy tonight’s dinner for all the skaters because they have feared stay again outside the hours of the French restoration.

“THIS IS AN ADVENTURE”

David Gracia has explained that the other four skaters would try to take a taxi, “although it doesn’t seem easy”, as he has recognized, to sentence convinced, then: “this is an adventure. One must adapt to everything that arises, both in the sea and on land. The best thing is the sailing we are doing, the fantastic places we are seeing and the cohesion of the group”.

After two successive days in which the planned goals could not be achieved, the skater from Club Vela Sant Antoni, David Gracia, acknowledged that “at the moment, for tomorrow’s stage, we only know the starting point with certainty. We don’t know where we’ll get to.”

The unquestionable thing, however, is how Gracia has underlined, “is that the journey ends tomorrow yes or yes; Let’s reach the goal we reach.”

As CMDsport has learned today, the end point of the crossing would not be, as announced, La Grande Motte beach, but a club located in the Meze area, which is accessed through canals on the which there are various bridges whose height is about 3-4 meters.

David Gracia has pointed out that in order to cross these bridges we will have to dismantle the skids and once dismantled, have someone to tow us. We understand that from the Adipav steps are being taken for this. We’ll see how it ends.”

After that, an enthusiastic Gracia (as usual), has once again underlined: “this is an adventure and these, as is known, are usually full of uncertainty”.

Embraer (EMBR3) reports margins and cash flow above analysts' expectations; stocks are up

Thu Aug 4 , 2022
Embraer (EMBR3) reported its results for the second quarter this Thursday morning (4) with revenue below estimates, but margins and cash flow above consensus. The jet maker delivered earnings before interest and taxes (Ebit) of $81 million in 2Q22, beating Morgan Stanley’s estimate of $47 million and consensus of $32 […] 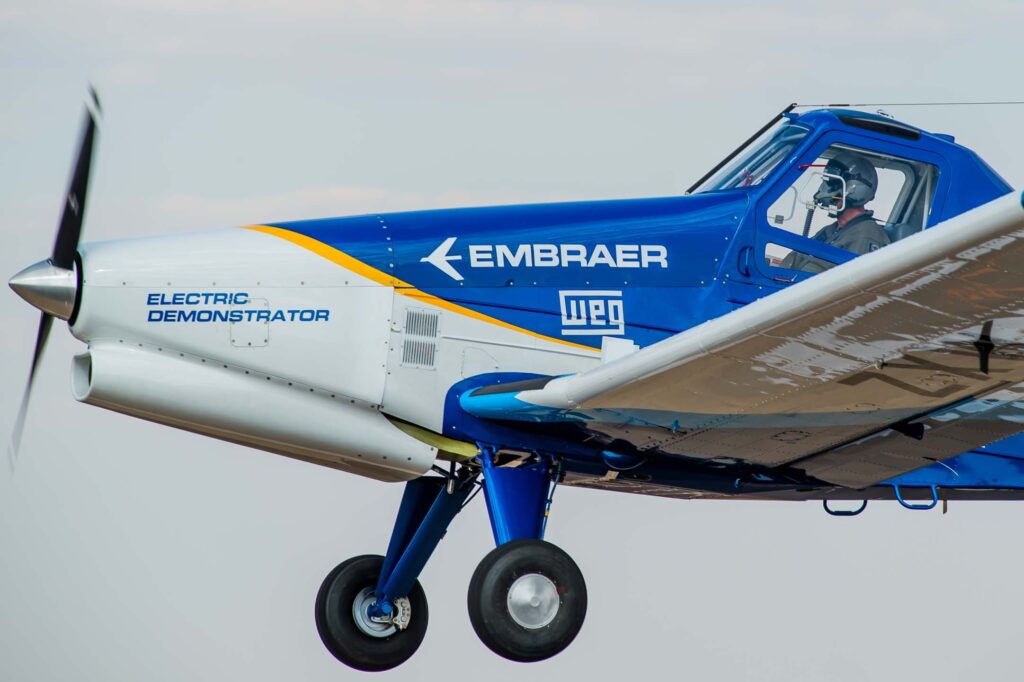