Our world is made of sand. It is found practically everywhere. It is the material used in the construction of roads, bridges, high-speed trains, silicon chips, and even land regeneration projects. Sand, gravel and rock, shattered together, are fused to form the panes of every window, computer screen and smartphone.

“The consumption of this resource is tripled in the last two decades ”, warned the Global Sand Observatory, a body set up by the United Nations Organization (UN) which has included the governance of sand resources among one of the greatest sustainability challenges of the twenty-first century. For population growth and infrastructure development, demand will continue to grow. And finding it will be increasingly difficult, especially near urban and industrial centers, due to access problems and citizens’ will. As a result, the places of extraction are shifting to more fragile ecosystems such as rivers, coasts and oceans. And this, with increasing demand, has a significant environmental impact.

On 25 April, the United Nations Environment Program (Unep) published a new report with ten recommendations to avoid a sand shortage crisis. This summary follows a document from three years ago in which the organization says the issue is often overlooked. The UN estimates that they are produced every year – mainly by China – 4.1 billion tons of cement which makes up 58 percent of today’s sand-fueled construction boom. If we consider that the global use of sand and gravel is 10 times higher than that of cement, this means that the world consumes approximately 40 to 50 billion tons of sand every year. And this only in the construction sector.

The impacts of mining and the mining mafias

The problems surrounding this resource are widespread and complex to solve. The sand is extracted by large companies but also by small informal miners and artisans who often work in conditions of exploitation and without adequate safety measures.

China and India are at the top of the list of areas where sand extraction has a significant environmental impact on rivers. Banning this activity, however, also means depriving indigenous communities of the only source of livelihood. “Mining in rivers and beaches has increased pollution and flooding, lowered groundwater levels, damaged marine life and exacerbated the occurrence and severity of landslides and droughts,” said Joyce Msuya, former – executive director of Unep. Furthermore, the damming of rivers and excessive extraction reduce sediments transported to the coasts, reducing deposits at the mouth and eroding beaches more quickly.

In 2019, UNEP also denounced the growing phenomenon of sand mining mafias, groups made up of builders, traders and businessmen known to operate in countries such as Cambodia, Vietnam, Kenya and Sierra Leone. Activists working to shed light on their shady activities are being threatened and even killed.

Replacing sand with glass, the idea from Singapore

Il concrete it is a very popular building material and one of its key ingredients is sand. To partially mitigate the problem, researchers at Nanyang Technological University in Singapore explored the possibility of replacing it with glass waste – which would otherwise end up in landfills – with which to produce. 3D printed concrete.

Despite the percentages of recycling of glass are overall good (in Italy it is close to 80 per cent), we still face the lack of structures and systems. Or it happens that the fragments are too small to be sorted by color and then recycled. So what to do with this non-recycled glass? Scientists propose, in fact, to replace it with sand: after all, it is made of silica which is an important component of it. They then crushed the waste into five dimensions (coarse, medium, fine, super fine and “moon dust”) and then combined the ground glass with cement and water. According to the researchers, an additional advantage is that it absorbs much less water during processing.

With the demand for sand continuing to grow, finding circular solutions to replace it would not only reduce the environmental damage caused by the extraction phase, but would allow the recovery of other materials (such as glass) destined for landfill.

In Haiti 471 among dead, wounded and missing due to clashes between gangs 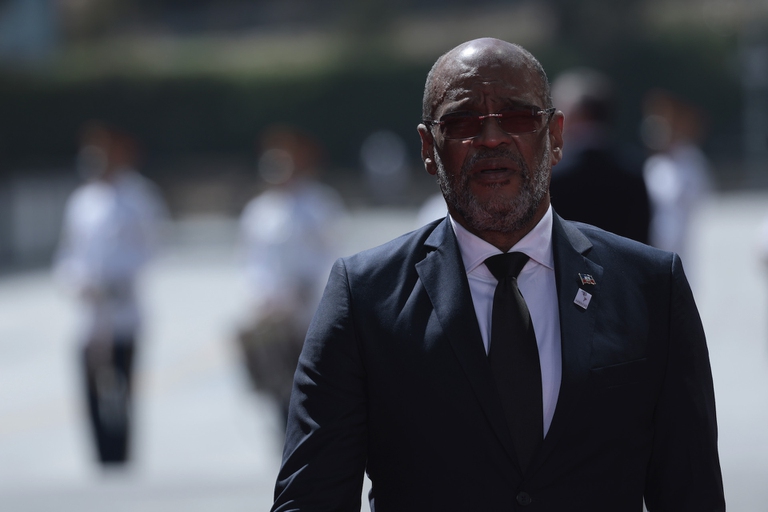