An image of the first meeting between the Russian and Ukrainian delegations on a ceasefire. / belta/Video: ATLAS

Moscow and kyiv resume negotiations, which continue this Tuesday, while air and artillery attacks follow one another in the besieged cities

One of the maxims to put an end to a conflict through dialogue has always been to give a truce; put hostilities on hold while the negotiation proceeds. But that principle has been diluted with this contest. This Monday began the fourth round of peace negotiations between the Russian and Ukrainian delegations. And neither did the bombings nor the destruction of infrastructures stop, and what is more tragic, nor the death of civilians.

After the three previous appointments failed (two in person in Belarus and the last, at the highest level, in Turkey), the delegations from Moscow and kyiv resumed the talks by videoconference. Four hours of connection that will continue this Tuesday. The Kremlin spokesman, Dmitri Peskov, before the connection was activated, threatened with a show of sincerity. The fact that Russian troops have not raided cities like kyiv, Kharkov, Mariupol, Sumy or Chernigov does not mean that they will not do so, he was saying.

“At the beginning of the operation, the Russian president ordered the Defense Ministry to refrain from immediately storming populated areas, including kyiv, due to the fact that armed nationalist formations are placing heavy military equipment right in residential areas,” it said. before journalists accredited by the Russian Presidency. And he added: “The fighting in the cities will inevitably cause great losses among the civilian population.” No word about the bombings that devastate Mariúpol or Kharkov and that have claimed thousands of deaths and injuries.

A demoralizing prelude to that ‘peace videoconference’ that the Ukrainian negotiator, Mijailo Podoliak, also an adviser to President Volodímir Zelenski, closed with no expectations other than “to continue advancing in the working subgroups and clarify some issues.” That will be the task that the negotiators will have this Tuesday. Whether the ultimate goal is achieved is another story: “The immediate cessation of hostilities and the total withdrawal of Russian troops from the territory of Ukraine.” The same one that kyiv has been looking for since the offensive began. And the same one that succumbed in the meeting in Antalya (Turkey) between the foreign ministers of the two countries, Sergey Lavrov and Dmitro Kuleba.

With this fourth round, the Volodímir Zelenski-Vladímir Putin face-to-face is also sought, in which the Russian would be summoned “to confer full security guarantees on Ukraine.” And about that the Kremlin spokesman Peskov said that it is something “conceptually possible”. “But first, the delegations must do their job so that the meeting yields results.”

Simultaneously, the Ukrainian Prime Minister, Denys Shmyhal, participated in a telematic meeting of the so-called Lublin Triangle with his counterparts from Poland and Lithuania, Mateusz Morawiecki and Ingrida Simonyte, to whom he repeated what the entire Ukrainian leadership has been asking for since the beginning of the war: the creation of a no-fly zone over the sky of the country. A message that kyiv has intensified since the attacks on the west of the country began and which escalated on Sunday with the missile bombardment of the Yavoriv base (causing 35 deaths and 134 injuries), just 25 kilometers from Poland. In short, at the very door of a member of the EU_and NATO partner.

On the front, Russian troops are making little progress, except in Donbas and in the Mykolaiv area. They are still unable to penetrate the besieged cities, but continue to punish them through air, missile and heavy artillery attacks. This Monday several projectiles hit residential buildings, in the very heart of the Ukrainian capital, causing at least two deaths. The bombs also hit the headquarters of the aircraft manufacturer Antonov. Two deaths were also recorded in Kharkov and nine deaths in the town of Antopil, near Rivne, in the west of the country, during a missile attack on a television tower.

The rebel leaders reported this Monday of an alleged attack by Ukrainian troops against Donetsk with a missile that was intercepted and whose remains reached a group of passers-by in the middle of the street. The initial balance of victims amounted to 20 dead, which was later corrected to sixteen, although Moscow raised it to twenty-three, calling it a “war crime”.

However, the almost total absence of the Western press in the separatist Donbass makes it impossible to verify whether the rocket was really fired from Ukrainian positions or was a mistake by the rebel forces, who are fighting to expel the Ukrainian Army from the Donetsk province. Mariupol is one of the population centers of the Donbas still under Ukrainian control, but besieged and in unbearable humanitarian conditions.

The military operation is not going “as fast” as expected

The director of the Russian National Guard, Viktor Zolotov, a man very close to Vladimir Putin, has recognized in recent hours that the military operation is not going as fast as the Kremlin would like. He blames the slow progress on “Ukrainian far-right forces,” who hide behind groups of civilians. In any case, he considers that the Army will not change its plans and will achieve its objectives “step by step” until “victory” is achieved.

Zolotov, who was once in charge of Putin’s direct protection, now heads a kind of internal military body that includes the riot police and other Russian forces.

Tue Mar 15 , 2022
Trading giant FTX has announced on Monday that it will expand its empire in Europe after getting approval from financial regulators in Cyprus. According to a press release, the crypto exchange will start offering its products to European clients through an authorized investment firm with passport licenses throughout the European […] 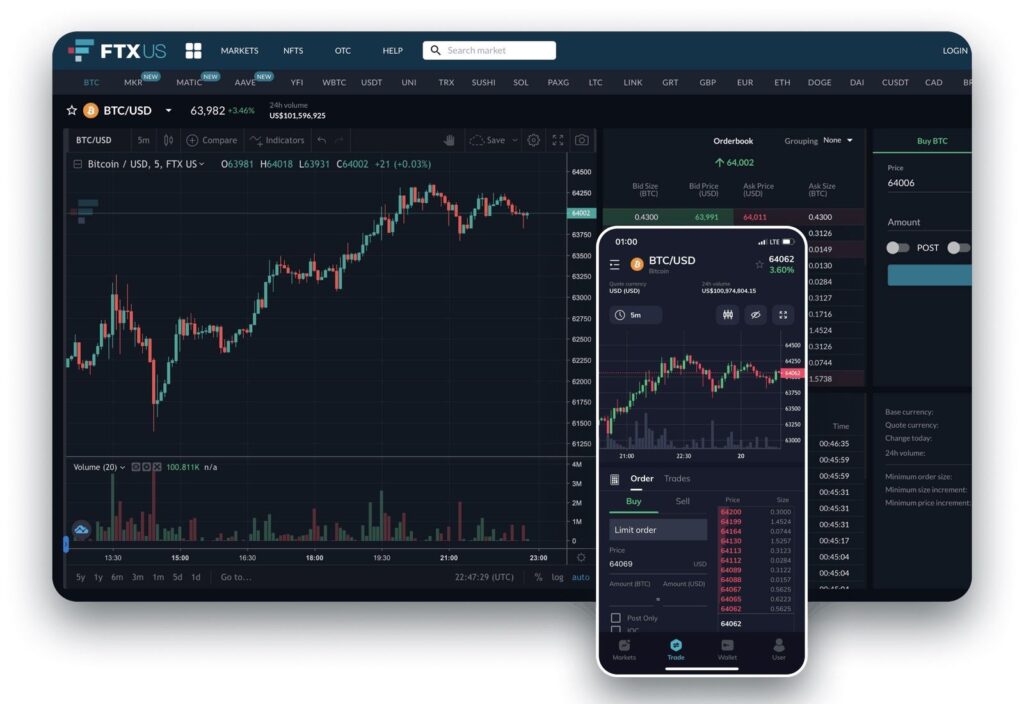