HISTORICAL HEGEMONY. Again in 2021, Rafel Figuerola, head of the Pativela.cat shipyard, continued to maintain his ample leadership in the manufacture of sailboats. Since 2014 he has already registered more than 200 skates.

FOURTH YEAR BACK. 2021 was the fourth year in which the number of new registered sailboats suffered a regressive evolution in relation to the previous year. SOURCE: Own elaboration by CMDsport based on data extracted from the Adipav website.

The 36 sailboats registered during the past 2021 meant that production was slightly above that of 2014 when 29 boats of the class were registered.

This is stated on the Adipav website, in the sailing skid numbers section. Said section includes, since 2014, the number of boats registered annually, their shipyard, the owner, weight of the boat, moment of inertia, material, color and material of its sheet bar. 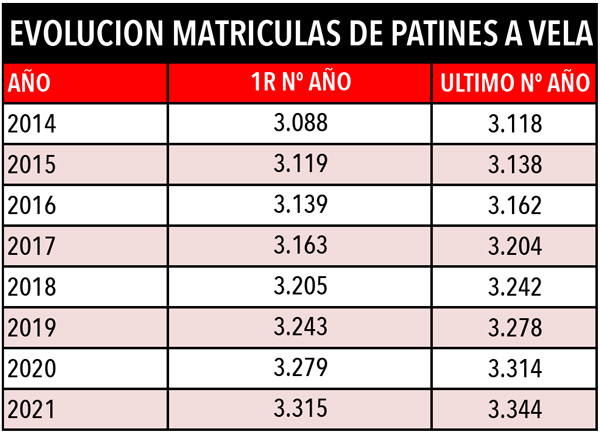 The upper box indicates the first registration number of a new sailboat for that year, as well as the last number registered in that year. SOURCE: Own elaboration by CMDsport based on information extracted from the Adipav website.

Of these 260 new sailboats, 79.23% have been built by the Pativale.cat shipyard, while the other builder with the highest number of registered boats has been BarCu, with 15.77% of the total.

SOURCE: Own elaboration by CMDsport based on information extracted from the Adipav website. The Patí Vela Barcelona shipyard operates under the Pativela.cat brand

The construction hegemony of the Pativela.cat shipyard has been continued since 2014. The shipyard directed by Rafel Figuerola registered in 2021 83% of the 30 skates registered in total throughout the year.

For its part, the BarCu shipyard, governed by Alfonso Clavero, contributed the remaining 17%.

No registrations were recorded for the rest of the shipyards.

The 25 skates registered by Pativela.cat last 2021 equaled the number of skates that were registered in 2019.

For its part, the 5 skates registered by BarCu last year were the lowest figure in the last four years. It should be noted that the year in which the Alfonso Clavero shipyard broke its particular construction record was in 2019 when it registered up to 12 sail skates. 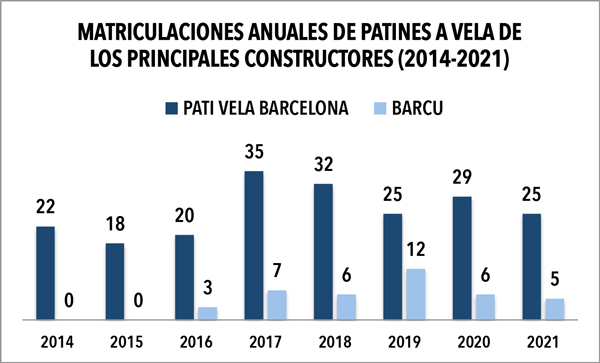 SOURCE: Own elaboration by CMDsport based on information extracted from the Adipav website.

For the second consecutive year, it has been shown that the ‘pulse’ between new hybrid boats (fiber floats) and wooden ones persists. In this way, of the 30 sailboats registered in 2021, 16 corresponded to hybrid boats, while there were 14 wooden boats. All the boats made of this last material were all built by Pativela.cat, from which it can be deduced that Of the 25 boats delivered by the Figuerola shipyard last year, the majority (56%) were wooden, while 44% were hybrids.

In the case of the BarCu shipyard, all the vessels registered in 2021 were hybrids. 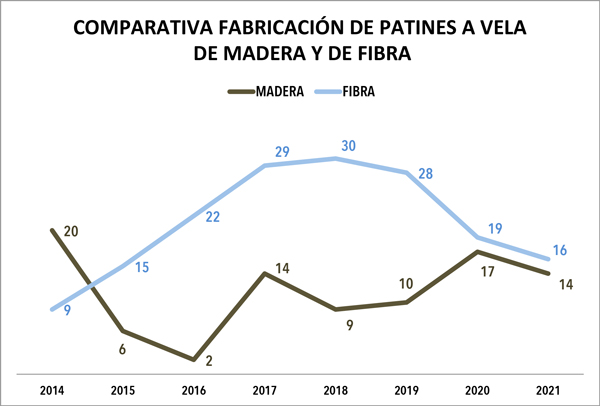 SOURCE: Own elaboration by CMDsport based on information extracted from the Adipav website.

Tue Feb 22 , 2022
A Russian tank crosses the streets of Donetsk after Vladimir Putin announced that he would send troops to the Donbass regions. /REUTERS The allies threaten greater retaliation, while NATO warns of an irremediable escalation of tension in Ukraine The European Union and the United States dealt their first economic blow […] 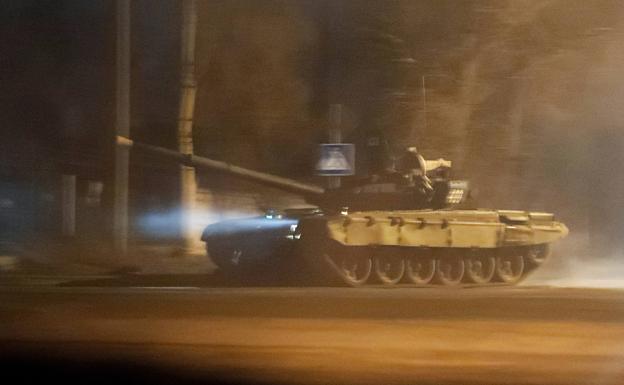