Still in “discomfort”, he followed the Epsom Derby on television, which had only been lost twice since 1952

Isabel II was absent this Saturday from all the public events of the celebration of her 70 years of reign and gave the leading role of the day to her children and grandchildren. Princess Anne represented her mother at Epsom Racecourse on the big day of the Derby, a horse race the queen had only missed twice before since her accession to the throne in 1952. The heirs, Charles and William , issued messages of respect and gratitude to the octogenarian matriarch Windsor before the 10,000 people who attended the ‘Platinum Palace Party’ and the millions more who watched the macro show on television.

The queen secluded herself in her Windsor Castle residence for the second consecutive day of the Jubilee bank holiday. She has mobility problems and she felt “discomfort” at Thursday’s opening session, after spending long minutes on her feet watching the military parade and waving to the masses from Buckingham Palace. That night, she lit a beacon in Windsor as the culmination of a chain of events that, at 96, left her exhausted, Kate, Duchess of Cambridge, told a woman in the audience who inquired about her health.

Isabel’s absence opened a peephole into the immediate future of the monarchy. The queen “retains command,” according to Robert Jobson and other Windsor biographers, but she increasingly delegates monarchical functions to the nuclear family. This Saturday, Prince William acted as a royal emissary in Wales and, leaving the announced script, appeared in Cardiff accompanied, not only by his wife, but also by his two eldest sons, Jorge (future Prince of Wales) and Charlotte.

Meanwhile, Harry and Meghan celebrated “privately” the first birthday of their daughter, Lilibet. The dukes are staying in their farmhouse in the vast Windsor complex and it is very likely that they have visited the queen with their two little ones, although the Palace had neither confirmed it late this Saturday nor had it released photos of the most anticipated family meeting on the bridge festive.

The official agenda captures the attention of the Royal House and this Saturday the prominence turned to music, drama and nature. Around 400 artists and personalities from science, sports and culture took the floor on three platforms outside Buckingham Palace, from Rod Steward, Nile Rodgers and tenor Andrea Bocelli, to ex-soccer player David Beckham, tennis player Emma Raducanu and the planet’s protection king, Richard Attenborough.

Diana Ross, among Prince Charles’s favorite performers, headlined a concert that reviewed “70 Years of Pop.” Veterans like Duran Duran gave way to subsequent generations represented by Elbow, Alicia Keys, Jax Jones or rapper Stefflon Ron, among others. Elton John, who was recently seen in a wheelchair, sent a video with his interpretation and the message that he is “in top form” of health. Queen opened the televised session with a show that brought to mind guitarist Brian May’s daring performance during the 2002 Jubilee, when he played the anthem ‘God Save the Queen’ from the roof of the palace itself.

The patronage of the arts is a constant in the history of the monarchy. Elizabeth II is not considered a fan of painting or sculpture, but she is the custodian of one of the most extensive and complete royal collections in Europe and she is “patron, protector and defender” of the Royal Academy of Arts. Carlos supports classical music and dance organisations, from the Bath Choir to the British Youth Opera, as well as architectural and ecological conservation projects. His firstborn has inherited an interest in environmental conservation, which he combines with sponsorship of mental health issues, including art therapy.

But the contributions to the arts of the three generations of the current British monarchy are no match for their German predecessor, Prince Albert. Victoria’s consort instigated the Great Exhibition of 1851, in Hyde Park, in order “to promote the furtherance of the arts that promote peace and that help to preserve peace in the world”, according to the queen. The experience was a critical and popular success, which made it possible to finance what is now called ‘Albertopolis’, a cultural district in London that is home to three major museums, the Royal Albert Hall performance pavilion and the royal schools of art and music, among others. institutions.

Magalí Colomer: “the Committee is here to make things easier for sailors”

Sun Jun 5 , 2022
Magalí Colomer has already worked as a regatta officer in sailing competitions and says she knows the boat because her brother has one in Lloret de Mar with which he goes sailing from time to time. (3-6-2022). Magali Colomer will be the first official of the regatta committee of the […] 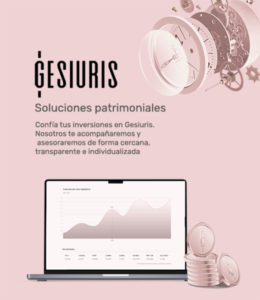