(17-6-2022). Padel Nuestro does not stop expanding its international tentacles. The chain has just signed three heavyweights who, like a triplet of musketeers, will help it consolidate its penetration of the French market. His new swords are Alix Colombon, Nenjamin Tison and Thomas Leygue.

From Padel Nuestro they assure that the three recent signings in the French market represent “three very different segments but, at the same time, very complementary and interrelated”.

And it is that with Alix Collombon, Padel Nuestro adds to its team the main reference of women’s padel in France. Collombon is a regular player in the Main Draws of the WPT Circuit, she is ranked number 20 in the Ranking and, in 2021, she already won the titles in both the La Nucía Challenger and the Alfafar Challenger. She lives in Barcelona, ​​she has not stopped going further in her game and, at 29 years old, she is in a moment of professional maturity that makes her a rival capable of giving more than one scare to any opponent .

As for Benjamin Tison, this is one of the main exponents of French padel and, currently, he occupies the first place in the National Ranking. His presence is common in the WPT and APT tests. Precisely in the month of May of last year, Tison made history by becoming the first French player to qualify for the Final Draw of a men’s tournament on the World Padel Tour Circuit. He achieved it at the Vigo Open, together with his good friend Teo Zapata. With great challenges before this season, his objective will be to take the name of Grupo Pádel Nuestro to the maximum number of tournaments, both national and international.

GREAT BET ON THE FUTURE

Finally, the great bet for the future of the Pádel Nuestro Group is Thomas Leygue, who is barely 21 years old, but has already established himself as the number 2 player in the French Ranking. In this sense, he has already shown that he has more than enough potential to be one of the names of paddle tennis in his country. With a great future ahead of him, Thomas Leygue has begun to be seen by different tests of the WPT and APT Circuit, in which he has not hesitated to bring out the forcefulness of his devastating backhand.

The director of the offline division of the Pádel Nuestro Group, David Núñez, has stated that “today is a very important day for our company, which confirms that it has come to France to stay”.

Núñez added that “paddle tennis does not stop growing throughout its national territory and with the additions of Alix Collombon, Benjamin Tison and Thomas Leygue we add three great ambassadors to our team, who will help us extend and consolidate our position as leaders in the European market”. 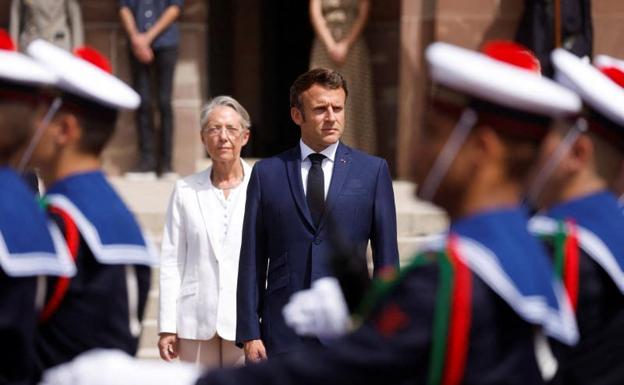