Former US President Richard Nixon announced his resignation in 1974. / RC

On the 50th anniversary of the scandal that ended Nixon, the United States yearns for the atmosphere of bipartisan collaboration that has been lost

On the night of June 17, half a century ago, the security guard of one of the buildings in the Watergate urbanization, where the National Committee of the Democratic Party had its offices in Washington DC, called the Police to report that someone had broken into . What happened next went far beyond the arrest of five men carried out by the undercover agents closest to the scene, some dressed as hippies, and marked the life of the United States forever.

The coincidence of the 50th anniversary with the hearings on January 6, inspired precisely by those of the ‘Watergate case’, have uncovered the nostalgia for an era of bipartisan collaboration in which politicians and the press were capable of working together to bring down a paranoid and corrupt president.

No one expects the hearings on January 6 to change the mind of any supporter of Donald Trump, let alone bring about a turnaround in public opinion like the one suffered by Richard Nixon. When the ‘Watergate’ hearings began, Nixon enjoyed the trust of 68% of Americans, but six months later his approval rating had plummeted to 31%, less than half. With this, the confidence of the people in their institutions had been lost forever. The Republican Party understood that the president would not recover in the face of the following elections and dropped ballast. Nixon resigned to avoid the shame of an ‘impeachment’, but dismantling his image and showing the sewers of the White House also destroyed the credibility of the Presidency, a high price to pay.

According to a study by the PEW Research Center, Americans’ trust in their government was high even after John F. Kennedy was assassinated, reaching a peak of 77%. By the time Nixon left office, it was only 36%. Today, just 20% of Americans believe their executive will do the right thing all or most of the time, according to the organization’s latest measurement. The credibility of the press has also fallen. Only 29% of citizens trust her, according to a survey by the Reuters Institute for the Study of Journalism.

One and the other, the press and politicians, seek to recover lost power with another similar blow, but it is precisely this desperate search that stands in the way. The two failed impeachments of Donald Trump, that of Bill Clinton and even the hearings this week increase the general disgust, only comparable to the disappointment of so many journalists who would like to have been the next Bob Woodward.

Fri Jun 17 , 2022
Vivagym adds Olympic medalist Theresa Zabell as advisor – CMD Sport In order to offer you a better service, CMD Sport uses cookies. By continuing to browse the site you accept their use. To accept Primary Mobile Navigation [email protected] You will collaborate in the fields of professional development, leadership and […] 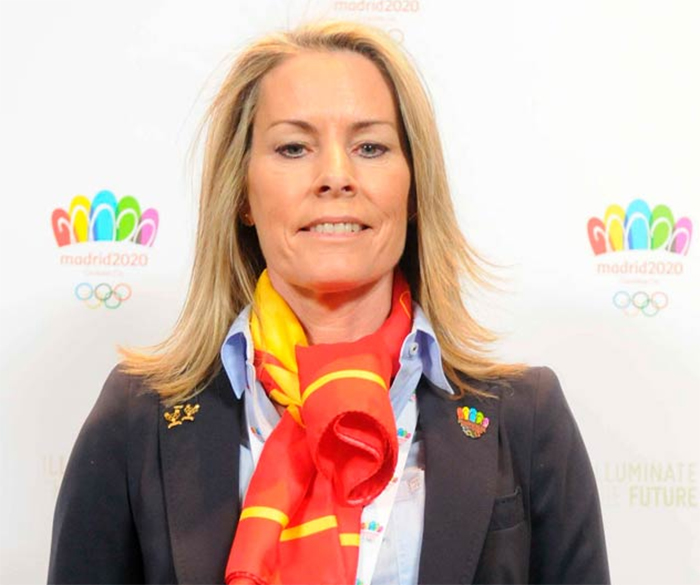