Videsk has just been chosen from the list of the top 100 startups in Chile according to Forbes and its next step is to prepare the first round of investment.

In 2017, Andrés Leiva and Matías López were finishing university when they met and started working. Shortly after, a Zoom partner for Latin America needed to develop a project for Mexico, where no one had been able to manipulate the Zoo API. In 24 hours they had created the solution and in the process discovered the base product that would become Videsk four years later.

Thus, this venture began, which, although it had not sold in Chile, was already operating in Mexico. Both came from different sectors and did not know the startup world, so they did not develop pilots and from the beginning they worked on the base product that would become unique Chilean technology in the world and a reference for the rest.

In the process, they spent all the income they had obtained from sales in Latam, betting on the project, working from home, in a stage where it was not normalized. Recently, his first approach to the startup community was with Image Lab in 2019, a stage where Videsk found his name.

And although they came onto the market with a very robust product, the solution they proposed was so innovative that it had no reference in China or the USA, which initially slowed down the process. However, after the social outbreak and the pandemic, companies had to open up to new possibilities in order to reach buyers, and on this path of finding clients for Videsk, the first to join was Sodimac. Then came Gasco, Falabella, Entel, Consortium, Abcdin, Metrogas, Mutual de Seguridad and Bosch. All from different industries and with great success.

In 2021 Startup Chile was left and they also began to work in Argentina, Salvador, Honduras, Colombia and although similar solutions have appeared in the world, they are the benchmark. They have successful pilots all over the world and, unlike those who have tried to imitate them, they work with their own technologies that give them great scalability.

The product is a B2B solution that allows customers to contact companies in just two clicks through a video and without having to go to a physical store to get face-to-face service.

This SaaS, or software as a service, is the first “Plug&Play” video-contact-center in the world, it does not require previous downloads or installations. The contact between the company and the client occurs directly from the same website, application or kiosk of each company.

Videsk, is more than a video conference, because it allows managing demand for attention, contact forms, work teams and delivering customizable metrics and surveys. It can be inserted directly into the web page, app or kiosks; It does not require downloads or installations, as simple as making a couple of clicks and immediately starting a meeting with a real executive.

It also supports more complex integrations within other tools such as a chatbot or other help bubble in addition to integrating systems such as CRM, BI and over 200 applications. Attention can be by different and customizable segments or departments, video attention can be configured in real time (On Demand) or also by scheduling (Videsk Calendar).

Integration is very simple and you can be up and running in less than 5 minutes on websites, mobile apps or self-care kiosks/totems.

Videsk is a plug & play video-contact-center, which allows face-to-face communication between companies and customers in 2 clicks, without previous downloads or installations. This contact occurs directly from the same website, application or kiosk of each company and is used for assistance in online sales or for customer service. It also allows you to manage demand for attention, contact forms, work teams and deliver customizable metrics and surveys and unlimited integrations.

The Forbes Top 100 Startups List in Chile was prepared in collaboration with the main agents of the country’s entrepreneurial ecosystem and coordinated by Rockstart and is presented in alphabetical order.

CORFO, ProChile, Start-up Chile, Platanus Ventures, Endeavor Chile, Bluebox and the UC Anacleto Angelini Innovation Center participated in its preparation. The allied organizations and entities applied between 20 and 30 startups that they considered should be part of the list. From that initial list we obtained more than 150 startups.

Subsequently, each entity, including Rockstart, selected 40 startups that they considered should be part of the final list and at this stage we added founders, investors and experts who made their own selection. From this vote, the Top 100 startups were determined.

The information contained in this list, such as the names of its founders, employee numbers, among others, was submitted to Rockstart by the startups themselves.

Fri Jul 22 , 2022
Daniel Sanyo Gutiérrez has signed for Team Siux (21-7-2022) The Argentine player Sanyo Gutiérrez, current number 6 in the World Padel Tour ranking, has signed for Sioux. The agreement with the Spanish brand specialized in paddle tennis, to join Team Siux, is for the next three seasons. The consolidated player […] 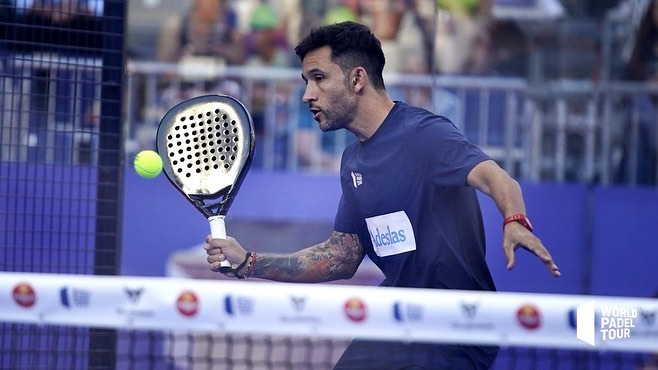