Four political opponents were killed on terrorism charges. The death penalty was not used in Myanmar since 1988.

The death sentence came between January and April of this year and the appeal was rejected in June. The military regime has already sentenced 117 people to death since it took power in 2021. Over 11,000 people are still in Myanmar’s prisons as political prisoners.

The military junta of Myanmar carried out the death sentences of four political opponents. Accused of terrorism for having been part of the resistance against the February 2021 army coup, the activists received the sentence in early 2021. Since 1988, the death penalty has not been used in Myanmar, a country that lives today a democratic emergency with thousands of political prisoners and the gag of the opposition. And in the past few hours the voice of the population and the international community has been raised against the brutality of the regime.

The death penalty returns to Myanmar

The four death row inmates are Phyo Zeya Thaw, Kyaw Min Yu, Hla Myo Aung and Aung Thura Zaw. They were allegedly killed in Insein prison by hanging, but the authorities have not given any information about it. The death sentence for the four opponents came between January and April of this year and their appeal was rejected in June.

Phyo Zeya Thaw was arrested in November in a police raid on a building in Yangon, the capital. At the beginning of the 2000s he was a rapper and through his lyrics he had denounced the repression of the military junta that ruled at that time. Then he devoted himself more and more to political activity, approaching Aung San Suu Kyi, the Burmese leader dismissed by the military in February 2021 and today under house arrest. The accusation against Phyo Zeya Thaw is of terrorism for having played a leading role in the protests in Yangon against the military regime. Kyaw Min Yu was a writer and activist who had already played a key role in the student protests against the military regime of 1988. In these over 30 years he has spent much of his time in prison for his activity as a political opponent, the last arrest took place last October for terrorism. Hla Myo Aung and Aung Thura Zaw, the other two people for whom the death penalty was carried out in the past few hours, were instead accused of killing an informant close to the army.

Myanmar military junta announced on Monday it has executed democracy activist Ko Jimmy and Ko Phyo Zeya Thaw and other two during the weekend. pic.twitter.com/Ddi8plGWP3

As pointed out by the United Nations, the death penalty has not been used in Myanmar since 1988. The UN Special Rapporteur, Thomas Andrews, said he was “devastated” by the news, while deep indignation and an appeal to the international community came from the national unity government of Myanmar, a parallel executive in exile formed in opposition to the military regime.

Since the coup in Myanmar in February 2021 there have been 14,847 arrests and 11,759 people are still detained. The numbers released by the Assistance association for political prisoners (Aapp) Burma then reveal that those sentenced to death have already been 117, including two minors. But the people killed by the authorities during the protests would be over 2 thousand. The executions of the four activists in the past few hours, however, are the first officially recognized by the regime.

Civil society made itself heard after news of the return of the death penalty spread across the country. Several demonstrators took to the streets in Yangon with banners and smoke bombs, while a message for the military junta appeared on a bridge in the capital: “you will pay for the blood spilled”. On social networks, many users have launched messages of solidarity and condolences to the condemned. And the voice of the international community has also been raised. “We call on the regime to cease the violence immediately, release those they have unjustly detained and allow a peaceful return to democracy according to the wishes of the Burmese people,” said a member of the US National Security Council. Similar condemnations also came from Japan and France.

Slovenia is the 18th European country to legalize gay marriage 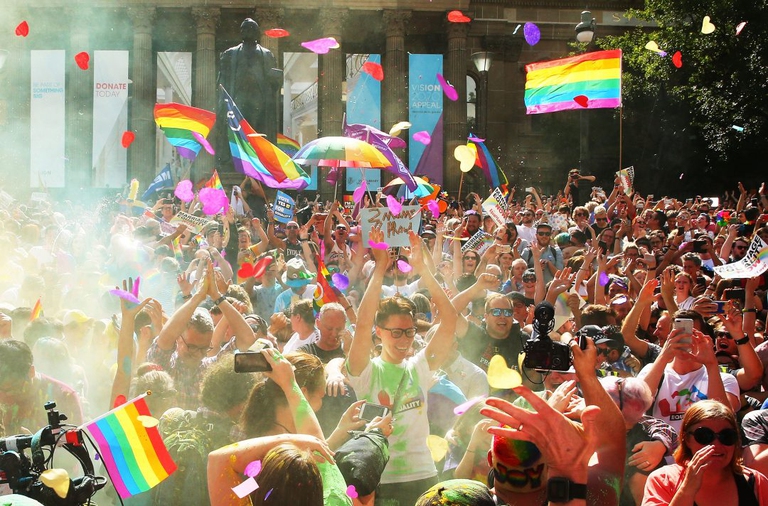