“Donald Trump, the president, incited a multitude of internal enemies of the Constitution to march on Capitol Hill and subvert American democracy,” says the person in charge of this parliamentary investigation

The attack on the Capitol on January 6 was “the culmination of an attempted coup” that put “centuries of constitutional democracy” at risk. With these words, the president of the Commission investigating the insurrection, Bennie Thompson, opened the first of six historic public hearings broadcast live to North Americans during prime time. Below are some of the testimonies of the process for the assault on the Capitol:

“The violence was not an accident, they wanted to stop the transfer of power”

The committee’s chairman, Democrat Bennie G. Thompson, opened the first day of the public hearings with a speech accusing former President Donald Trump of the race. “The violence was not an accident. It represented Trump’s last and most desperate chance to stop the transfer of power. And ultimately, Donald Trump, the President of the United States, incited a multitude of internal enemies of the Constitution to march on Capitol Hill and subvert American democracy,” he said.

The insurrection marked a black page in the history of the country. “We can’t sweep what happened under the rug,” Thompson said. “The American people deserve answers. So I stand before you tonight not as a Democrat, but as an American who has sworn to uphold the Constitution, which protects not just Democrats or Republicans, but everyone. And this plan was an attempt to undermine the will of the people.”

A year later, “our democracy is still in danger. The conspiracy to frustrate the will of the people is not over. There are those in this country who are thirsty for power but have no love or respect for what makes America great: devotion to the Constitution and loyalty to the rule of law.”

“The Republican leader encouraged the mob, he did not act to suffocate it”

Republican Vice President Liz Cheney said Trump tried to use the resources of his office, including the Justice Department, to nullify the presidential vote and pressured Vice President Mike Pence to scrap electoral college votes for Joe Biden on June 6. January 2021. And once the violence broke out, the tycoon not only failed to act to quell it, but “encouraged the mob,” he claimed. “Aware of the rioters’ chants for ‘hang Mike Pence,’ Trump responded with this sentiment: ‘Maybe our supporters have the right idea.’ Mike Pence ‘deserves it,'” he quoted.

Trump’s intention, he said, was to remain president of the country, despite the legal outcome of the 2020 election and in violation of his constitutional obligation to relinquish power. To do this, he “he Summoned the mob, gathered the mob and kindled the flame of this attack.”

In closing, Cheney referenced a painting hanging on Capitol Hill that shows George Washington voluntarily relinquishing power by leaving his position in the Continental Army, a sign of his desire to transfer power peacefully. “The sacred obligation to uphold this peaceful transfer of power has been honored by every American president. Except one », he sentenced.

“The assault was all carnage, like a war scene”

“A butchery”. This is how Caroline Edwards, a police officer who was injured in the attack, described the assault on the Capitol. The crowd threw her to the ground, leaving her unconscious and with a brain injury. When she recovered she saw wounded officers around her. “It was a war scene. They were bleeding and vomiting. I slipped in people’s blood. It was chaos. Never in my wildest dreams did I think I’d find myself in the middle of a battle,” she explained.

Some 140 officers were attacked in the assault, which left five dead. Among them, officer Brin Sicknick, for a stroke. Before he perished from the attack, “he was as pale as this paper,” Edwards recalled holding up a sheet of paper. At the conclusion of the hearing, he hugged Sicknick’s partner, Sandra Garza, present in the committee room.

Edwards, who has not yet been cleared to return to work, called herself “the proud granddaughter of a Marine” who fought in the Korean War. She, like other police officers, suffered a setback from Trump supporters, both on the day of the assault and in the days that followed. “They called me a traitor. And no, I was an American going toe-to-toe with other Americans and wondering how we got here,” she stated.

“The former president and his followers attack the rule of law”

Representative Jamie Raskin, a Democrat from Maryland, is one of the most aggressive members of Congress in trying to hold former President Donald Trump accountable for the unrest on Capitol Hill. “We are in the middle of a fight to defend our democratic institutions and our democratic processes and the constitutional order,” he said during his participation in the hearing.

“We have a former president who has now positioned himself and his supporters outside the constitutional order. They attack our elections. They attack the peaceful transfer of power. They attack the rule of law,” declared Raskin, who also anticipated that the findings uncovered in the committee’s investigation “will blow the roof off the House,” he said.

Raskin was the lead director of the second impeachment trial against Trump. In it, seven Republican senators joined the Democratic ranks to accuse the former president of inciting the insurrection against the Capitol. The vote did not reach the 67 supports necessary to condemn the Republican leader. Still, Raskin frequently noted that “commanding majorities” in both the House and Senate believed Trump was guilty of encouraging the “mob.” 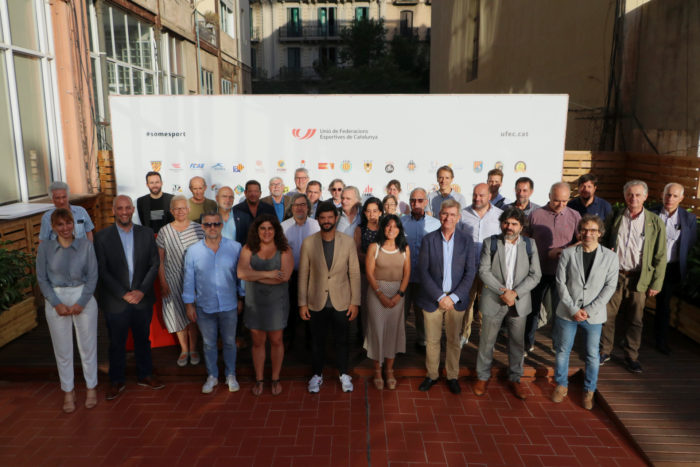