With Kiev under siege, the Ukrainian president tries to survive the Russian onslaught, expressly refusing to join NATO

The flimsy mooring of the dialogue seemed to be braided in the middle of the afternoon on the second day of the war in Ukraine. Volodímir Zelensky gave a glimpse of his resignation to an entry into NATO that, in reality, his country always had light years away – most of the allies, the United States among them, have not even historically threatened to open that door. “If in Moscow they say they want to hold talks, even about the status of neutrality, we are not afraid,” the president dropped. Moscow was reading a surrender in the making. And he even proposed the choreography of that meeting: in Minsk (the capital of Belarus, a satellite state of the Kremlin), with representatives of the Administration and the Russian Defense and Foreign Ministries. The dome on the table.

It was a loophole, just a loophole. But it was worth it for the hours that have passed since the brutal Russian attack on Ukraine; that ill-fated country that last October celebrated its barely thirty years as an independent State. The step was taken looking for a cross mediation. Vladimir Putin had held a conversation with the Chinese president, Xi Jinping, in the previous hours. And Beijing, according to an official statement picked up by state television CCTV, launched the following message: I support Russia “in the resolution (of the conflict) through negotiations with Ukraine.” At the same time, criticism of the cascade of sanctions from the EU, the United States and the United Kingdom. The difficult Chinese balance point.

But in practice, pressure on Putin. Because China needs the West. Even as much or more than that agreement signed less than a month ago with the Kremlin that will guarantee a massive supply of Russian gas to the country. It requires an infrastructure that is not yet built. So that conversation with the Chinese leader was key for his Russian counterpart. But also the one he had with the business leadership of his country, which would be feeling the immediate effects of the economic and financial punishment of the international community. And a bolt to Russia – politics aside – in all the cultural and sporting events of the globe (it is left without Formula 1, without the Champions League final…) a source of imposing economic income. And, at street level, the difficulties of citizens to use something as ordinary as their Visa card.

A sum and continues of elements of pressure that combined with the evidence that Russia is sweeping Ukraine militarily, encouraged the belief of a fast-track armistice. Zelensky, for his part, was already clear that he was crying out in the desert. The “we feel abandoned” had guided him to a last-resort move, with tight packaging: he demanded help from the so-called Bucharest Nine, countries of the former Soviet conglomerate, today full-fledged Europeans, which are part of NATO. He called for a “coalition against the war.”

The point is that the mooring, pure thread, was lukewarmly taking shape within hours of the fall of Kiev, while Russian troops continued to drown strategic enclaves throughout the country, with intercepted missiles in flight, howling sirens in the streets of several cities. And a launch of caustic messages that underpinned the fateful thesis that the confrontation would only end with the suffocation of the weakest. Or what is the same, with Zelensky defeated.

He appeared on Instagram to post a video in which he called for the Numantine resistance. He captured it with a mobile phone in the vicinity of the parliament building, in a besieged capital, and with his closest team: «We are here. We defend our independence, our state.” In the sequence of events, this video was broadcast after (or almost simultaneously) the call that Vladimir Putin made from his imposing office: he called for a coup against the Ukrainian army. “Don’t let neo-Nazis use your children and wives as human shields,” he said.

The dialectical war, that of the story, ran parallel to the true one, the most damaging. If this, loaded with coarse words, compose fireworks, respond to pure cosmetics, it will be seen in hours or, in the worst case, days and even weeks. Be that as it may, the ‘great Russian bear’ was even allowed to remain emboldened. This Friday launched a threat to Finland and Sweden if they decided to join NATO. “It would have serious military and political consequences that would require our country to take reciprocal measures,” warned the Russian foreign spokeswoman, Maria Zajarova.

But Jens Stoltenberg, NATO’s secretary general, appeared to ignore that message in a later appearance. He was sticking to the effects of the invasion of Ukraine for which Russia “will pay a high price both economically and politically in the coming years.” That did announce reinforcements for the eastern border of the Alliance; rapid response troops with a «preventive» character. Accuracy is important. The question is whether that mention of Finland and Sweden is artifice, whether the invasion of Ukraine will remain without a solution of continuity. Or if we are facing another notice to navigators.

Sat Feb 26 , 2022
Android mobiles tend to age a little worse than iPhones, and that means that we are more forced to, from time to time, carry out certain procedures that speed up their performanceLuckily, we have a lot of customization capabilities on these devices, and that makes several of the following tutorials […] 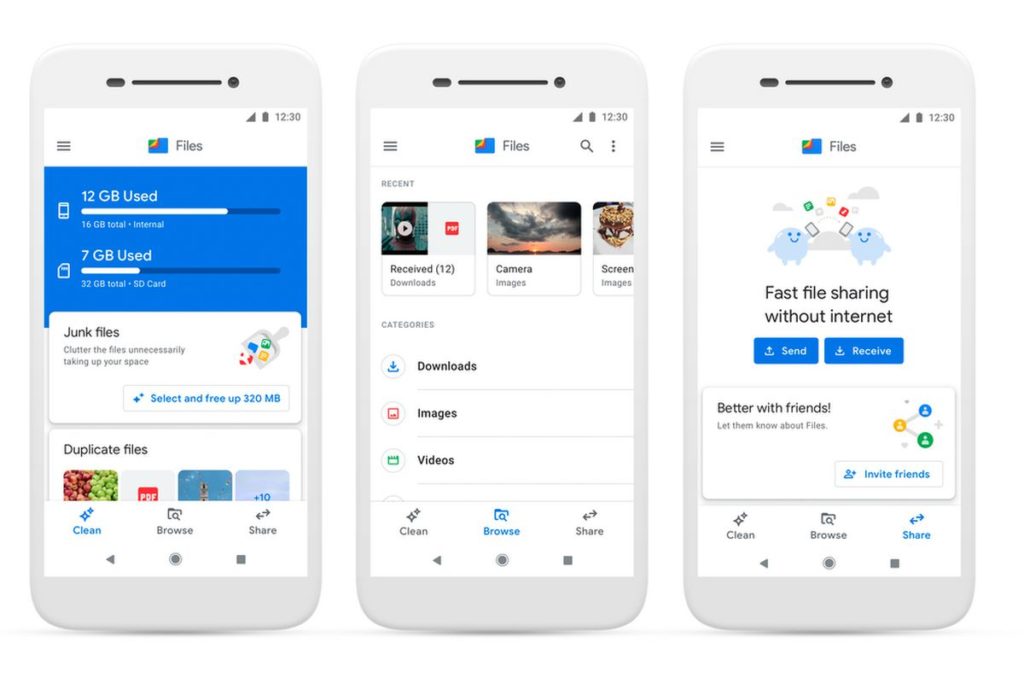