The Ispo Padel Village space will return to the Munich fair seven years after the last time it was held.

(7-13-2022). Fifteen companies have confirmed, to date, their presence at the Padel Village of the lspo 2022 fair in Munich, which will be held from November 28 to 30. The particularity is that all the exhibiting firms have registered from Spain and are Spanish companies or Spanish divisions of multinationals.

Padel Village returns this year to the Ispo in Munich, after a long absence after its only editions held in the already distant years 2014 and 2015. According to the person in charge of Ispo in Spain, Martina Claus, the network of Ispo representatives is still carrying out campaign at an international level, with which a firm could still be incorporated into the exhibition: “we are keeping the space for the laggards, with which we could still fit in some more brand during the month of July but in August we have to close it”, Explain.

Currently, the organization has begun to distribute the spaces among the 15 confirmed companies.

The Padel Village will be located in pavilion C1, next to the Health and Fitness space. In parallel, the Fitness Connected fair is taking place, which will share synergies with the padel exhibition: “visitors to that fair will also be able to access the Padel Village, which will be a plus,” says Claus.

The Padel Village will install a paddle tennis court in the center of the space, sponsored by 360 Padel Group, the parent company that encompasses the Padel Nuestro chain. Around this track the stands of the brands will be arranged.

Martina Claus indicates that the participation of players from the exhibiting brands in exhibition matches is expected. In addition, the use of the products can be shown in a practical way, as well as other activities yet to be announced.

Another space to highlight is a ‘lounge’, for presentations and other events. According to the head of the Munich fair in Spain, said ‘lounge’ will be a perfect space for networking events.

The firms that have confirmed their presence in the next Padel Village so far are the following:

Asked how the current economic situation is affecting the practice and market of paddle tennis, Claus indicates that “naturally there is concern, but paddle tennis is still an attractive sport, with a great growth trend, especially in the markets that are starting their trajectory, like Germany, Austria, Holland.

The head of the Munich fair acknowledges that “there are countries, such as the Scandinavians, that are at a very high peak, but there is still a long way to go in other European countries”

Claus defends the role that sports, and specifically paddle tennis, can play for the physical and mental well-being of people. Thus, he points to the importance of “promoting physical activity despite economic uncertainty; that people can invest in sport, since this means investing in their health”.

Likewise, Claus states that in the face of the uncertainty that is spreading in the current economic panorama, “we must continue betting on the fairs”. As he explains, during the first semester six fairs have been held in Munich, reaching pre-pandemic attendance levels or, at least, 80%. Of these events, “the quality of the visitors, with an atmosphere of great joy and satisfaction of being able to talk again and see each other in person” has been highly valued.

The person in charge of the Munich fair concludes that “projecting the negative does not lead anywhere, we must take advantage of these opportunities to see each other and do business, we must maintain useful contact with customers; but if we all stay home in fear, then the worst expectations will be fulfilled.”

Portugal on fire | The Provinces

Wed Jul 13 , 2022
Firefighters fight the fire in Leiria, in the center of the country / efe One person has died in the fires, which threaten the entire country: 96% of the municipalities are in a “very high” or “maximum” danger situation The fires do not give tegua in Portugal. Since the end […] 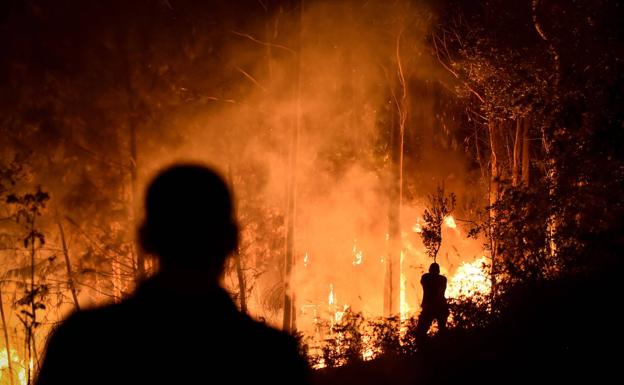