Brovary Square has become the rallying point for the thousands of people fleeing from the eastern front in kyiv. Every morning they go to the municipal building to register and become part of the list of six million Ukrainians who have become internally displaced due to the war. Refugees within the country are known by this name, neighbors who have had to leave their homes and go from one place to another in search of refuge. Another 3.5 million Ukrainians have gone a step further and crossed the border to find hospitality in another country. However, those who show up in this square every morning do so because they hope to return home as soon as possible and therefore have gone as little as possible.

The news about the advance of the Ukrainian forces and the retreat of the Russians on the outskirts of the capital opens a door of hope for all these people. The Army under the command of Moscow has lost positions northeast of kyiv and on the eastern flank has moved another fifteen kilometers away, with which Lukyankovka is once again under the control of the Ukrainian government. The advance of its troops around the ring of the capital coincides with the announcement by the Russian Ministry of Defense about “the end of the first stage of the special military operation” launched in Ukraine on February 24 and the start of a second stage in which the goal is “the liberation of Donbas”. Ukraine’s success or Russia’s change of strategy? What worries civilians is that the weapons fall silent as soon as possible and the control of the Ukrainian forces is consolidated again in order to recover their lives.

Volodymyr does not want to get false hopes and patiently waits his turn in the registration queue. The Russians entered his village and he recalls that “they threw a grenade at my neighbors’ house. They saved their lives because they were hiding in the basement.” He wants to tell the world what he has seen and suffered, because he has also witnessed the death of a young married couple from his village, Shevchenkove. “They were shot by Russian soldiers, who riddled the car as they tried to escape,” he recounts.

Volodymyr was lucky enough to take advantage of the open window along a humanitarian corridor and left his home behind the wheel of his car. Since then he lives in the house of some friends who have temporarily sheltered his entire family. At 69 years old, he thanks God that he is in good health and does not need medicine. In his case, he waits his turn to register and be able to be informed at all times in case the fighting ends and he can return home.

Irina was evacuated with her family from Bogdanovka, one of the points where the fighting was most violent, and now she hopes to receive some kind of help and medicine because she has cancer. “We read information on a government website in which they promised help to the sick that could reach 3,000 hryvnias (about 100 euros in exchange) for people in my situation. However, we have been here for two days and have received nothing. In the office they tell us that they don’t know anything about financial assistance », she laments, not knowing if she will be able to receive her medication.

Irina left home with what she was wearing and in the middle of the bombing. «We left the door of the house open so that the Russians would not break it in the looting. We know they smash fences and windows and break into homes to steal food and whatever else they can.”

In the middle of the wait, frustration and impotence mix with anxiety when the anti-aircraft siren begins to sound. The war is after them. The nearest post office acts as a shelter and there all these displaced people gather together with the residents who remain in Brovary waiting for the threat to pass. It is a dark and cold place. The accumulated tension of the last few days, the nerves for an uncertain future, take their toll on the residents. A woman bursts into tears at the sight of members of the international press and pleads with NATO to impose the closure of airspace once and for all. There is the longest silence in the bunker. A silence that silences even the siren. No one else opens their mouths, the looks scream by themselves.

Sat Mar 26 , 2022
Many companies still use outdated MFA methods, posing a serious risk to information security.Although multi-factor authentication is the most effective way to strengthen the security of private data; there are still many companies that do not give it the attention it deserves. Multi-factor authentication is one of the most effective […] 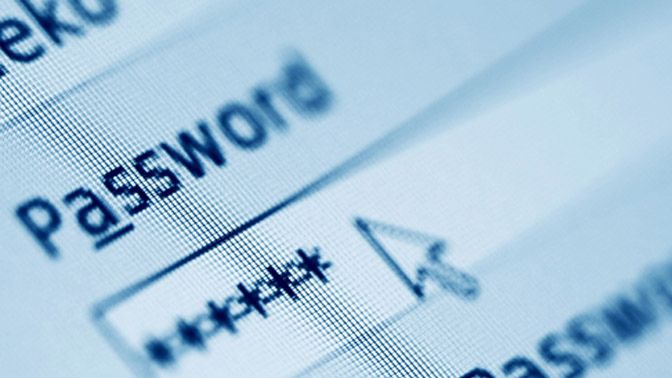