Last January, there were still more than 4,000 employees in the sports, recreation and entertainment sector affected by an ERTE due to covid

(18-2-2022) Gyms and companies in the sports sector that still have personnel affected by ERTE will have one more month, until March, to adapt their situation to the ERTE proposed by the new labor reform.

The Government of Spain gives some air to companies with workers affected by temporary employment regulation files (ERTE) by covid. The second vice president and Minister of Labor, Yolanda Díaz, announced today that she will give companies a month, until March, so that they can transition from the current ERTE to those established in the labor reform. This month of extension could be approved in the Council of Ministers next Tuesday.

The central Executive agreed in September to extend the ERTE linked to covid until February 28 after reaching an agreement with the social agents. In this way, companies will be able to regularize this new situation until the end of March.

The new ERTEs will enter into the RED Mechanism, which allows the reduction of working hours and the suspension of the employment of workers in the style of ERTEs due to covid in the face of cyclical and sectoral crises. They are the so-called structural ERTOs, a measure that is proposed with the aim of avoiding massive layoffs.

The ERTEs linked to covid were a formula to avoid massive layoffs as of March 2020. The sports sector took advantage of them, and even today it is one of the six economic sectors that still have more personnel affected by this measure. .

Of course, the current parameters have nothing to do with those that were registered during the first two years of the pandemic. The peak of people in ERTE due to covid registered by the CNAE 93, which includes the sports, recreational and entertainment industry, was reached in April 2020, with 115,914 people (67,444 men and 48,470 women).

At a global level, the Spanish industry closed January with 105,043 people affected by ERTE due to covid. At the peak of the pandemic, they exceeded three million.

How to create shapes in OneNote using the Ink to Shape feature?

Sun Feb 20 , 2022
Ink to Shape is just one of the best functions that OneNote makes available to us, so you shouldn’t miss out on taking advantage of it if you want your notes on this Microsoft platform to shine moreFortunately, learning how to use this tool is quite simple, and all we […] 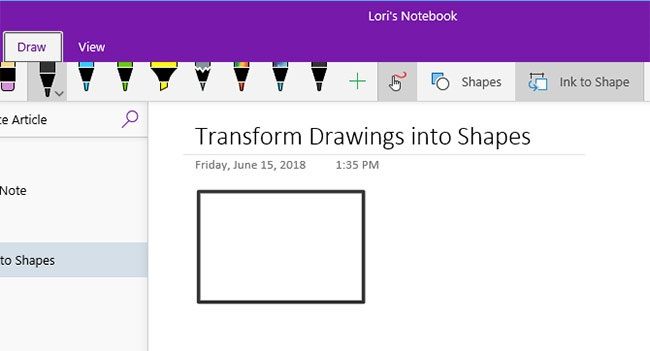