(3-3-2022). Brooklyn Fitboxing recovers the celebration of the Fitboxing World Games, after two years without being held due to the pandemic. The final will be played at the Caja Mágica in Madrid on June 4, where the teams that are classified in the tournaments that are played in different countries will attend.

After two years in which the Fitboxing World Games could not be held, this competition once again mobilizes fitboxers from all over the world. The return of this championship has exceeded all expectations, as there are 192 teams that have come forward to compete, from all over Spain, Portugal, Argentina and Italy, for example.

Fitboxing is a booming sport that increasingly mobilizes more followers. In fact, there are almost 1,000 fitboxers who will participate in these championships. It is a non-contact discipline that combines boxing movements with kickboxing and muay thai. It is practiced all over the world, in Spain alone there are hundreds of centers, many of them specialized in this discipline, such as Brooklyn Fitboxing, organizers of the championship.

The teams that compete are mixed, there is no separation between women and men. In fact, in all the editions of the championship, women’s teams have won.

They train for months with a trainer to get the five members of the team to hit the bag in unison, taking care of the technique so that their hitting is perfect. This year some of the referees of the tournaments come from synchronized swimming, precisely to assess that this is so.

In addition, the bags have sensors, so the force with which the teams hit the bag is measured, as well as whether they do it to the rhythm of the music. Quite a visual spectacle.

A total of 64 teams will qualify for the final in Madrid. In the Caja Mágica they will measure their forces in eliminatory rounds until two teams reach the final. The team that wins will win the Fitboxing World Champion medal approved by the World Boxing Council, the WBC.

The Qualifying Series will be held during the months of March and April in the following cities:

Thu Mar 3 , 2022
Archive image of the Zaporizhia nuclear power plant. / WIKIPEDIA It has been hit by missile fire and tank shells. Zelensky has asked Joe Biden and Boris Johnson for help by phone The UN Security Council is preparing to meet urgently due to what happened this morning at the Ukrainian […] 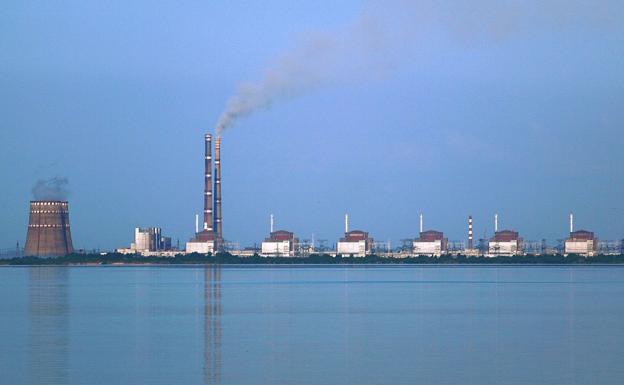