A Russian tank crosses the streets of Donetsk after Vladimir Putin announced that he would send troops to the Donbass regions. /REUTERS

The allies threaten greater retaliation, while NATO warns of an irremediable escalation of tension in Ukraine

The European Union and the United States dealt their first economic blow to Russia on Tuesday, after its president, Vladimir Putin, recognized the independence of the Ukrainian regions of Donetsk and Lugansk. The announced sanctions, however, are far from being “massive” and “unprecedented”, as the bloc threatened.

The president of the European Commission, Ursula von der Leyen, insisted that the response is “calibrated”, at the level of the affront, and that greater punishments will be applied if the invasion occurs. The first battery of European sanctions prohibits access to community markets to the Russian State and Government, and establishes the commercial embargo of the two separatist regions. The foreign ministers of the Twenty-seven also approved the veto and the freezing of European assets of the 351 members of the Russian Parliament -Duma- who supported the declaration of independence. This punishment also extends to twenty-seven individuals and entities, who are prohibited from entering the EU for threatening Ukrainian sovereignty with their actions or for benefiting economically from the crisis.

The head of EU diplomacy, Josep Borrell, once again underlined the unity in response to the “serious violation of Moscow’s international law”. After receiving the approval of the foreign ministers, he assured that the sanctions will be processed and approved “quickly”, so that they come into force in the coming days.

The economic punishments were approved unanimously, but the debate within the Union was long and intense. The differences were evident when discussing the scope of the sanctions. Not all member states have the same relationship with Moscow and the level of dependence on its gas also varies. Some countries, such as Austria, Hungary and Italy – the Kremlin’s closest allies within the bloc – defended more limited sanctions on Putin’s declaration.

Borrell, however, advocated that the agreed measures, along with those adopted by the US and Canada, “will do a lot of damage.” He also assured that the EU has prepared a tougher package in case Russian aggression continues.

Josep Borrell – Head of European diplomacy. “We are very concerned about the situation in Kiev. Putin is using the 2014 game manual»

The diplomat defended that the declaration of independence is “serious”, but not enough to activate the “enormous” commercial retaliation. The latest movements of the Kremlin “suggest that Russia is resorting to the game manual that it already used in 2014” so the EU does not rule out that the escalation will go further.

The beginning of the invasion

Joe Biden and his National Security team scratched their heads on Monday, President’s Day in the US, but when the president came out this Tuesday to announce a first round of sanctions against Russia, he was very clear: “To put it in simple terms, Russia has just announced that it is cutting off a large chunk of Ukraine,” he summarized. “This is the beginning of the invasion,” he added.

The beginning of an invasion also entailed the beginning of harsh sanctions “like you have never seen before”, with which the US president had threatened the Russian leader if he crossed the red line. The “mother of all sanctions” would include removing Russia from the Swift financial system, which allows international transfers, and therefore leaving it financially isolated, according to Senator Bob Menendez.

Video. Biden describes Russia’s latest actions as “the beginning of the invasion of Ukraine.”

At the moment the first round, “closely coordinated with the allies”, includes two financial entities with military ties, Russia’s sovereign debt and the circle closest to Putin of the Russian oligarchy. “That means that Moscow can no longer collect money from the West or trade its debt in our markets,” explained the US president.

There was determination in his voice but also exasperation. “Who in God’s name does he think he is to declare new countries?” she bellowed. “That is a flagrant violation of international law.” Putin had been astute in not taking the military step of the announced invasion, but announcing the recognition of the independence of the two regions of Eastern Ukraine that declared their independence in 2014. But de facto, as of Tuesday, the 150,000 troops he has posted on the border with Ukraine they have not stepped forward. At the same time, there are Russian forces in Eastern Ukraine since 2014.

The Americans will also take a threatening step “defensively” by mobilizing in Estonia, Latvia and Lithuania, raising tensions. The White House was aware that its diplomatic strategy to prevent Putin from going ahead with his plans has failed. That is why the Secretary of State, Anthony Blinken, announced last night the cancellation of his interview with the Russian Foreign Minister, Sergei Lavrov, scheduled for Thursday. “Now that we see the beginning of the invasion, it doesn’t make sense at this point,” he argued.

150,000 Russian soldiers would be on the border, according to the US.

5 Russian banks are sanctioned by the British Government.

G-7 meeting. The G-7 showed its support for Kiev on Tuesday and announced its own package of “severe sanctions”.

NATO Secretary General Jens Stoltenberg also appeared on Tuesday to give details about the last hour on the Ukrainian border. “Hau mobilized a massive military force. Soldiers are out of their camps, in combat stance and ready to go,” Stoltenberg said. The Alliance views the latest military movements with concern, but assured that, in reality, Russia has been present in Donbass since 2014 “through covert operations”.

The large arms deployment – with medium-range missiles, planes and combat ships – raises fears of a “large-scale attack” on Kiev. It is “the greatest threat of our generation,” he stressed. According to the Secretary General of NATO, the declaration of independence and the permission of the Russian Senate to use force outside the territory confirm the “irremediable escalation of tensions” that Putin is preparing.

Wed Feb 23 , 2022
The Nintendo Switch console, both in its original version and in the OLED version, allows you to share a game between different users, as long as both use the same profile, main or secondaryBeyond not being able to launch the same title on two different consoles at the same time, […] 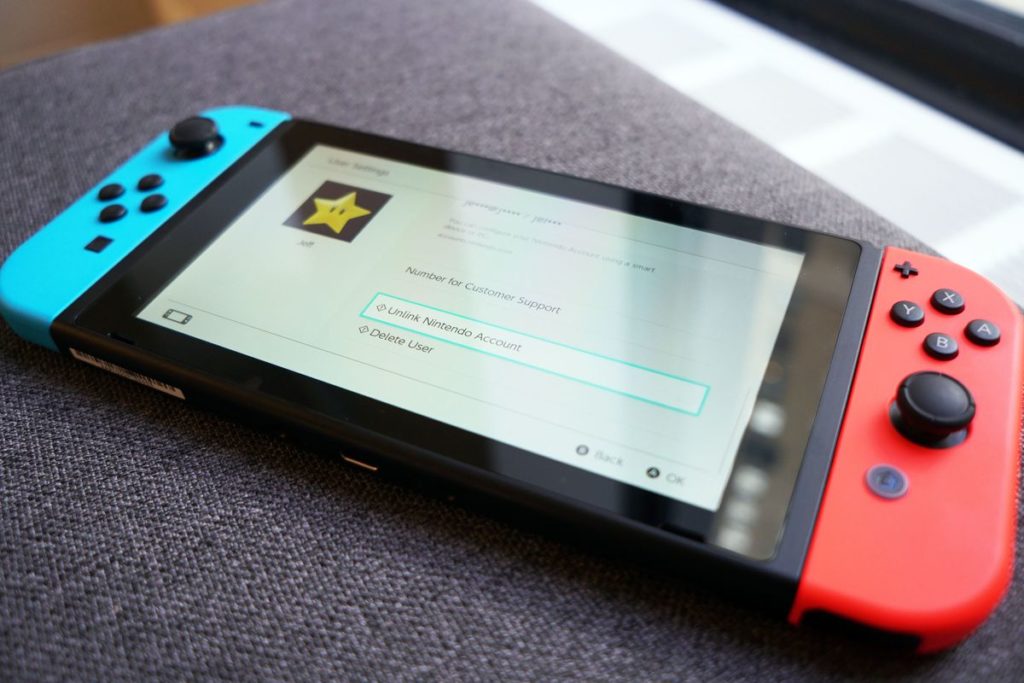