Thanks to an app, those who frequent the lakes can participate in a citizen science project by reporting anomalies in the waters with a simple photo.

With citizen science, an inexperienced person can become part of a scientific research project. The data collected by the citizens integrate those coming from satellite observation and from the surveys carried out by the buoys positioned in the lakes. Similar is a project for monitoring the waters of Italian-Swiss lakes that invites citizens to report anomalies through an app.

Observe one’s own territory, become aware of a problem and actively contribute to its resolution, or at least to its study. This is what citizens are invited to do through the project Simileacronym for Information system for the integrated monitoring of insubric lakes and their ecosystems, active on the three large bodies of water straddling the Swiss border: Lake Maggiore, Como and Lugano. Thanks to an app, developed by the Politecnico di Milano with the support of the Water research institute of the Cnr and of Arpa Lombardia (the regional agency for the protection of the environment), the citizen will be able to photograph anomalous situations in the waters of the lakes, for example foams, litter or algae, and send the report to a database monitored by a scientific team. The app is available for iOS and Android smartphones.

The observations made on the spot by citizens integrate the surveys carried out with scientific instruments in a systematic way. The involvement of non-experts on the topics covered by the project, however complex, is possible thanks to the citizen science approach, which assigns people a role of mobile sensorswith a limited contribution and without requiring a significant contribution in terms of knowledge.

Citizen science, a science created thanks to the collaboration of citizens, is based on the assumption that everyone can do their part, such as observing reality and collecting simple data, usually thanks to one smartphone. The citizen probably will not fully understand the meaning of what has been observed, but the data enrich a database that the experts will analyze, yes, with competence. Precisely because lack of user experience is supposed, the reporting process is meant to be as much as possible simple thanks to a series of closed-ended questions that guide the citizen within the app. On the app it is possible to see the surveys made in citizen science approach by other people and, by connecting to the web app of the project as a guest user, consult the data in their entirety.

Naturally, the entire part of the project linked to the app, in addition to offering a valuable contribution to the scientific project, has the objective of raise people’s awareness and favor the civic participation. “Similar supports citizens in taking care of lake water”, explains Maria Antonia Brovelli, project leader and professor of GIS (geographic information systems) and digital mapping at the Politecnico di Milano. “For this reason our university organizes activities both with associations and schools that are interested in involving students in the study of the issues concerning the monitoring of water and the active surveillance of this common good and to be safeguarded.” 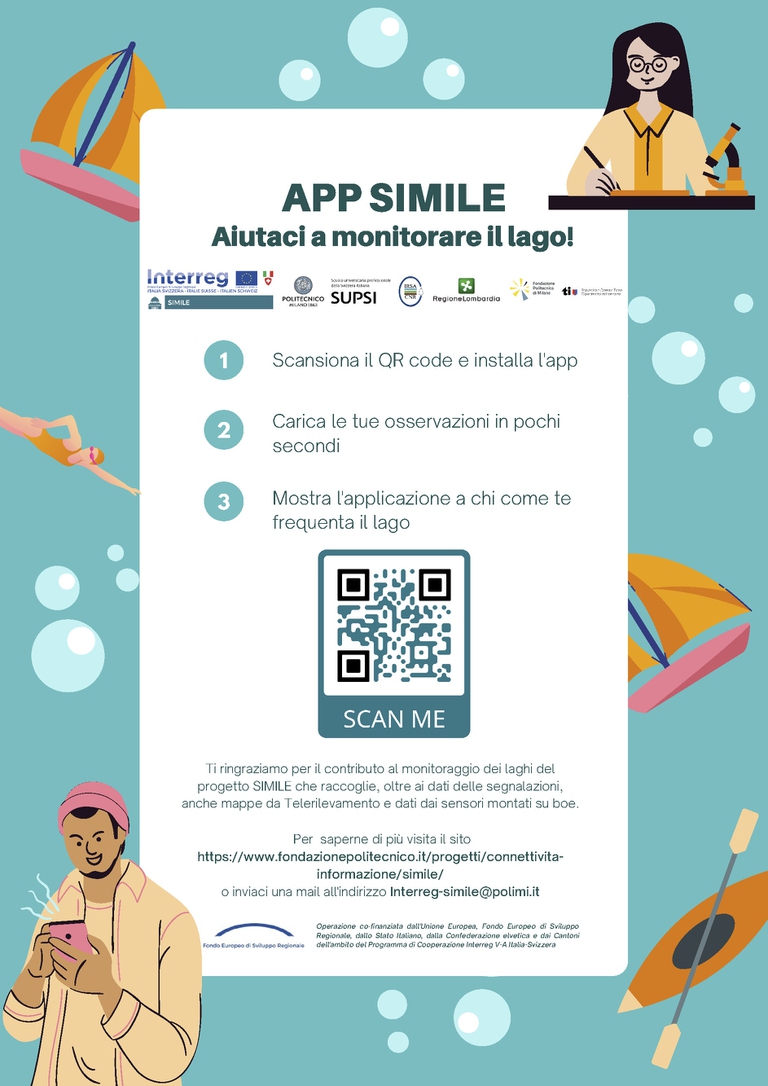 Similar invites citizens to take care of the lakes

During the summer of 2022, with the very high temperatures and the water resources under stress, the anomalies were evident and numerous and the prolonged bathing season, which still leads many people to seek relief on the beaches and lakes, offers new opportunities to anyone wishing to carry out the surveys. In any case, the objective of the project does not end with the summer period, on the contrary: the people who find themselves walking on the lakefront in winter or on an off-season boat they can be excellent sensors of the state of health of the waters. Indeed, the hope is that the commitment to carry out surveys becomes a habit so as to generate regular and even comparable data series.

Similar is an international cooperation project on a scientific and research level, funded by the European program Interreg Italy-Switzerland, born from the need for coordinated management of water resources and ecosystems of lakes that straddle two states. For this reason the partners, Italian and Swiss, scientific and institutional, came together to collaborate and take stock of the strategies to be adopted for safeguarding, studying, among others, parameters such as temperature, acidity and transparency.

The methods adopted and the tools used to create a advanced information system They are different. Meanwhile, i open satellite data, primarily those of the Sentinel satellites of the European Union. In addition, data from innovative high-frequency and low-cost sensors positioned on buoys and platforms in the water. These sensors allow the measurement of data in real time and in different points of the lakes, thus ensuring a spatial-temporal extension of the data collection. Each of these types of measurement detects different data and parameters and has gods limits specific: buoys, for example, are present in small numbers in lakes, while satellite observation takes place only at well-defined intervals, when the satellite passes a certain point in the orbit and can be affected by the presence of clouds. This is why the integration of citizens’ surveys can make an interesting contribution.

The project was activated in 2019 for a period of three years but was extended due to the pandemic. In any case, the app will continue to remain active to support the work of the technicians and agencies that deal with the management of the lakes and the idea is to make it operational also on other bodies of water.

It is also good to reiterate that simile is not an app for reporting irregularities or for requesting urgent interventions – in these cases you must always contact the authorities – but a scientific research and awareness-raising project.

Fri Sep 23 , 2022
In numerous work spaces, the rigidity that was previously imposed on clothing has been definitively displaced and sports shoes are opted for, such as this Skechers model. (23-9-2022). From Skechers they explain how are the new trends that have managed to destroy the dress codes that were imposed in the […] 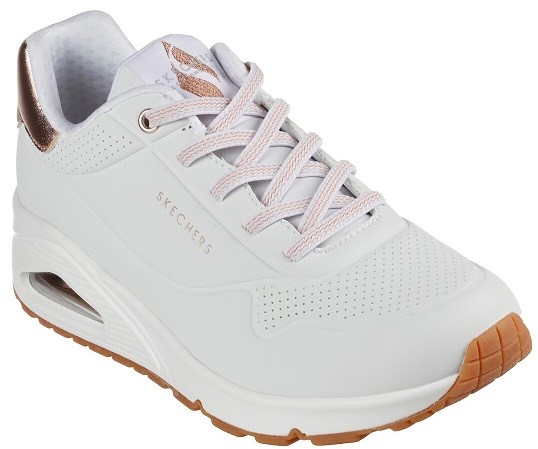