(21-6-2022). The concentration of Spanish cycling retail will intensify in the coming years, as the participants in the CMDsport online round table on “Opportunities and threats of the concentration of Spanish cycling retail” agreed. However, the speakers considered that “many specialized stores will be able to maintain the type if they know how to play their differential tricks”.

The country manager of Shimano Iberia, Bruno Prieto, explained that, until recently, the cycling sector did not have a remarkable volume compared to other sectors, so it was not interesting, but the growth in the number of users in recent years has made arouse attention.

Prieto gave the example of the interest shown by the automotive sector that “is trying to expand its share of business by moving to sustainable mobility, it has focused on the cycling sector and is beginning to enter”. The manager added that the automotive industry is a sector accustomed to working on increasing profitability, moving large volumes and seeking greater market shares.

The CEO of Bicimarket, Sergi Serra, commented that the sector has traditionally been made up mainly of traditional stores, which have established a particular relationship with their customers, and are difficult to bring to a standardized model, which, until now, had made it difficult to concentration development.

However, as Serra continued, fifteen years ago the first wave of non-traditional businesses emerged, more prone to unification, and this gave way to models such as Deporvillage. The CEO of Bicimarket asserts that “the concentration race already began back then; now what we would need to know is at what pace it is advancing”. Serra assured that there are still actors to come and ruled that “they are the ones who are, but not all of them are.”

When asked if it is Mammoth and the Quadis group who are currently leading the concentration of cycling retail in Spain, the general director of Ciclos Cabello replied that they are the two big ones that pull the car, but added that “the sector can become so great that it is foreseeable the arrival of more Spanish groups, and also from abroad, shortly”.

For his part, the CEO of the CN Bike Industry Advice, Carlos Nuñez, stated that the concentration can come from different areas since, even the technological or fashion retail, have shown interest in entering the world of bicycle .

However, Núñez stated that any potential investor will assess which places are profitable and will not consider those that may be below a certain number of inhabitants, leaving that space to independent stores.

In addition, the CEO of the consultancy CN Bike Industry Advice recalled that the cycling sector requires in-depth knowledge that is not easy for someone who comes from outside to assume, although “they can sell the finished product like someone who sells, for example, a television” . Faced with this, Núñez stressed that “there will continue to be a place for specialized retail because the client who seeks professional technical assistance will also remain.”

Serra pointed out that compared to the volume model promoted by some groups, subject to certain places with a demographic quota, the stores with the most future will be those

that bet on qualitative models, based on experience, closeness and a dedication to service.

The CEO of Bicimarket recalled that “we are in an emotional sector and the purchase does not always respond to rational factors and the main asset is the relationship with the customer”.

For his part, the general director of Ciclos Cabello, Sergio Hernández, assured that “the fur of retail is going to change, there will be large groups, some of them international, together with regional leaders in some areas.”

Disappearance of “little shops and opportunists”

Subsequently, Sergio Hernández predicted that “many little shops will disappear, even though they may take a lifetime” and also that “those that emerged during the wave of the pandemic will fall.” Hernández concluded that “it will be a different scenario and those who survive will be stronger.”

Shimano’s country manager, Bruno Prieto, explained that globalization and concentration not only affect the retailer but also the suppliers. In any case, he indicated that the market is growing, with more bicycle users, and nothing seems to indicate that it will decrease: “We are not going to grow like in past years, but a high number of stores can continue to exist if they know how to adapt and evolve,” he said.

Subsequently, the CEO of Bicimarket, Segi Serra pointed out that “the world of bicycles is in very good health, not only in the specialized field but also in mobility, which has not yet hatched as expected”.

Looking at the evolution of retail with the horizon in the year 2025, Serra considered that “it will remain stable with changes in the label”. The CEO of Bicicmarket stated that “the great unknown is knowing who is going to take the cat to the water in the emergence of mobility and its entire business, whether it will be the current cycling sector or it will be other sectors”.

All About HEIC Format

Tue Jun 21 , 2022
If you have an Apple device, it is likely that when you export your photos to some other device, you have seen the termination .heic in the extension. Or it’s possible that someone sent you image files with the same extension and you couldn’t open them. Don’t panic, it’s not […] 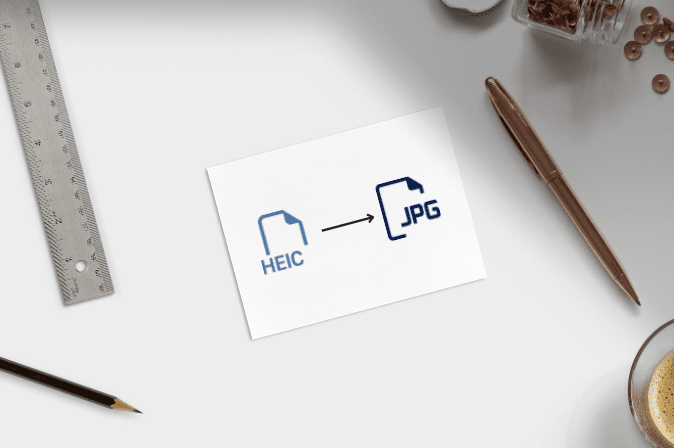