Applied neuroscience has found that with the increase of CO2 the brain begins to reduce its performance, for example the level of attention decreases. Similarly, the level of stress is lowered when you come into contact with the green, the forest, nature. Strobilo collects environmental data to create optimal conditions and improve people’s well-being and performance.

There is one thing we do non-stop, every moment, day and night: to breathe. The air provides the oxygen that our body needs but, if its quality is poor, even our health slowly pays the consequences.

“L’air pollution that we breathe in big cities (and beyond) has exceeded the guard level for years. This can be seen from the effects it has on people’s health and from the measurements of the parameters that leave no room for doubt. In many Asian cities it is now unthinkable to live all day outdoors, you take refuge inside the buildings where filters and air purifiers are positioned ”, confirms Simone Molteni, scientific director of LifeGate. “It is time to raise our awareness of this problem to help everyone improve the environments in which we live and work: LifeGate wants to make its contribution by offering knowledge and tools to act consciously”.

Even the work of Strobilo, an innovative startup of the LifeGate Way ecosystem, is particularly centered on this theme.

Strobilo was born with the ambitious goal of re-establishing the healthy relationship of people with the environment around them. And neuroscience offers great potential, as the founder of Strobilo, Andrea Bariselli, psychologist and neuroscientist with years of experience in the field of clinical and applied research and passionate about life in the open air.

Our body was designed to function in a certain environment with certain characteristics and has adapted over thousands of years. However, if the external environment changes suddenly, it is not able to react so quickly. The “great acceleration” of the anthropocene is declined on a series of macro indicators that concern the planet and consequently impact on the living conditions of man: increase in the population, in the concentration of carbon dioxide, in the rate of extinction of animal species and plants, deforestation. Man has moved further and further away from nature, but his body is still designed to be green. The neuroscience: the brain reacts when exposed to the natural environment, stress levels are lower and you are more comfortable. It is precisely from here that Strobilo’s work takes its cue.

Strobilo defines itself as a “nature-tech company” that uses the most advanced techniques of neuroscience in combination with artificial intelligence to study the relationship between humans and the planet Earth. After years of work in the clinical research environment, in 2021 Andrea Bariselli launched Strobilo, of which he is CEO, together with Achille Donatichartered accountant and financial manager of the startup.

For years Bariselli has studied how neurons are activated when subjected to a stimulus, noting that every small change in the environment generates an impact on the brain. Applied neuroscience maps these inputs and correlates them with the brain response. Now Strobilo takes a step further: he uses that knowledge to work backwards, to put people in the conditions to live in the best environment, modulating every single environmental lever.

Strobilo relates within a platform the data obtained by electroencephalogram and the environmental data read through a special device of its own production. At this point predictivity comes into play: by measuring the environment, Strobilo is able to predict what people’s behavior will be and can use this data not only to correct any anomalies, but to design the spaces of the future. 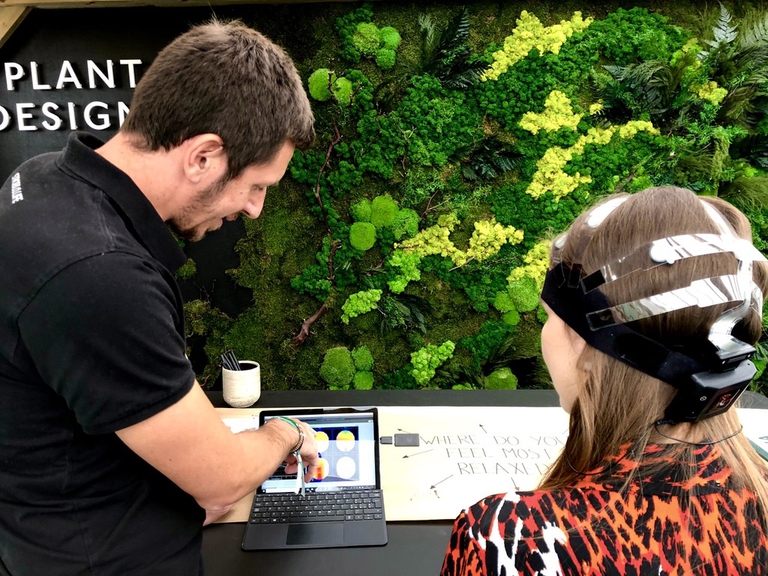 How the environment impacts on people’s cognitive abilities

A striking example is that linked to carbon dioxide, which is the main indicator of indoor air quality. CO2 is toxic to humans at a concentration of 2.5 percent, but performance, concentration and well-being are already compromised from a concentration of 0.08 percent (800 ppm). Even the World Health Organization considers the maximum level of CO2 beyond which our health is at risk between 700 and 1,000 ppm. Similarly, there is a limit level for volatile organic compounds (Vocs), elements present mainly in closed environments, among which we find ethanol, benzene, formaldehyde and acetone and dichlorobenzene.

Temperature and humidity also impact on people’s health and their performance, so a good balance of both should be maintained; which would also play in favor of energy efficiency. The threshold levels to be maintained indoors are around 20-23 ° C at a relative humidity level of 30-60 percent, varying according to the season.

When we talk about cognitive impairment we refer to the fact that the brain loses clarity, calculation ability, strategic planning, works little and badly. If we are able to reclaim an environment and make it suitable, performance improves. In this sense, Strobilo also supports companies willing to put their employees in the conditions to work at their best, which means protecting both their well-being and their productivity. In reality, Strobilo also sets itself the objective of affecting public policies at the highest level, providing data and knowledge to decision-makers, for the benefit of citizens’ health.

There was also Strobilo at the Green & Blue festival held at the beginning of June 2022 at the Franco Parenti theater in Milan, of which LifeGate was a partner.

For a whole day, meetings and debates took place in two areas of the theater: the talk room and the foyer. Strobilo made it possible to analyze the trend of the concentration of CO2, Voc, temperature and humidity in these spaces and consequently the level of physical and cognitive stress to which the audience and the speakers were subjected.

As can be seen from the graphs, the day took place without unhealthy peaks from the point of view of thermal stress in the two areas, while both the values ​​of carbon dioxide and volatile components exceeded the recommended threshold.

Strobilo proposes two solutions, one short-term and one long-term. In the immediate future, opening the windows guarantees a recirculation of air in the room which would reduce both thermal stress and the concentration of CO2 and Voc. In this case, it would also be appropriate to provide for a pause between one panel and another, during which people can leave the room and help reduce the concentration of pollutants. Instead, as a more lasting solution Strobilo proposes to increase the intensity and efficiency of aeration and purification devicesor even make achemical analysis structural components and products used in the building that could create emissions inside the theater, so as to remove or replace the most harmful ones.

It is therefore clear how the detection of pollution and certain environmental parameters can become a tool to improve the well-being of people through reasoned design of spaces where they live. A fascinating and complex theme that will surely be heard more and more.

How "good" is the tomato? The collection between corporal and ethical supply chains

Fri Aug 26 , 2022
Behind the tomato harvesting in the fields is often hiding the hired gang. But a sustainable supply chain is possible, as some virtuous projects demonstrate. Italy is the second largest tomato producer in the world after the United States. The harvest of tomatoes is frequently linked to the phenomena of […] 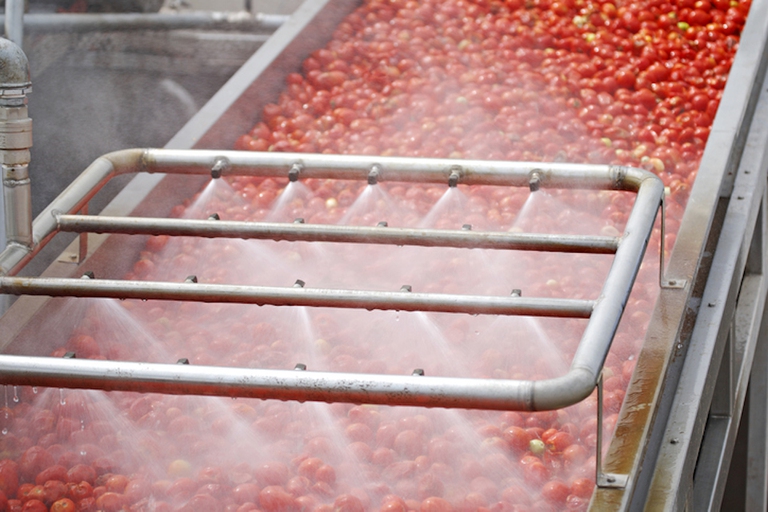