The most varied characters gathered among the hordes that stormed the Capitol on June 6, 2021. / AFP

Millions of Americans saw last night – last morning in Spain – disturbing video images for the first time and heard surprising statements from witnesses during the live broadcast of the first public hearing of the Congressional Commission investigating the assault on the Capitol on January 6 2021. The initial session crudely exposed a synthesis of the graphic and audiovisual material in order to succinctly present the complex plot that sought to prevent the validation of Joe Biden’s victory in the November 2020 presidential elections.

The members of the Commission recounted how the brutal destruction of the building was unleashed by hordes of violent men who overwhelmed the police security system and forced the congressmen – including Vice President Mike Pence himself – while the violent crowd shouted “hang him! »- to seek refuge.

The report presented extensive evidence that the attack was premeditated, incited and organized by former President Donald Trump and his allies to stay in power.

Ten months of work. The investigation has allowed the collection of 140,000 documents and more than 1,000 testimonies

Millions of viewers. The first session was broadcast in prime time with Goldston performing

Show. Parties and mass meetings were held throughout the country to follow the interventions

The North American public saw for the first time dramatic unpublished images accompanied by the testimony of British filmmaker Nick Quested, who recorded a documentary embedded in the far-right group Proud Boys during the attack. Unusual White House witness accounts were also exposed, such as those of people directly linked to former Vice President Mike Pence such as his former senior adviser, Greg Jacob; former federal judge J. Michael Luttig; and his former chief of staff, Marc Short. Statements were also collected from Trump’s own family, such as his daughter Ivanka and her brother-in-law Jarred Kushner.

The Commission presented in exquisite detail the first of six public hearings, broadcast in prime time and produced by former ABC News president James Goldston. The veteran of television programs with a large audience, such as the popular ‘Good Morning America’, joined the Commission as an “unannounced consultant”, and has been in charge of shaping the material compiled by the Commission during ten months of work , which includes more than 140,000 documents and over 1,000 statements and interviews.

Goldston’s team has choreographed the six public hearings in standard television episode lengths, from 90 minutes to two and a half hours, applying popular storytelling techniques to create a digestible plot for all types of audiences. The visual material was edited to achieve maximum impact on television and on social networks.

In essence, the television show contained all the elements of a literary drama to ensure box office success: the raving king isolated in his tower about to be dethroned incites a violent mob who is invited to forcefully take over the Capitol while sinister characters plot sedition in dark chambers of power.

The seven Democrats and two Republicans – rejected by their own party – that make up the Commission have not taken any risks in their media strategy to ensure maximum attention from the public and the press, in addition to convincing skeptics. Nothing has been left to chance to amplify the impact of this historic television event. Dozens of public parties organized by activists were held in homes and union centers throughout the country to follow the program in the company of friends.

Donald Trump was an exceptional spectator, enraged at the enormous and overwhelming evidence against him exposed without filters, directly to the public, while he could not intervene in his own defense. The former president has tried to undermine this investigation at all costs through endless court litigation. Trump goes on to try to define history, declaring that the attack “represented the largest movement in the history of our country.”

Arrested for participating in the assault a candidate for governor

In a surprise move, the FBI yesterday arrested Republican Ryan Kelley, a candidate for governor of Michigan, who was charged with a misdemeanor for his involvement in the riots on Capitol Hill. The feds conducted a house search at Kelley’s residence in Allendale, Michigan, and he was charged in Grand Rapids court.

Kelley, 40, was captured on video standing in the crowd of rioters who assaulted and charged members of the Capitol Police. Allendale’s planning commissioner, he is one of five Republicans seeking the Republican nomination to replace Democratic Governor Gretchen Whitmer in the November election.

Kelley’s involvement in the January 6 insurrection is widely known and there are multiple videos in which he can be seen rallying the crowd and standing on a column of the stairs waving his hand to direct it to move inside the Capitol.

The charges against Kelly include knowingly trespassing, disorderly conduct, engaging in violence and willful damage to federal government property.

The arrest coincided with the first of the televised hearings of the Congressional Commission investigating the insurrection. His presence on Capitol Hill that day was reported by a call to an FBI tip line and by a confidential source who has been with the federal bureau since 2020 providing information on domestic terrorist groups in Michigan.

Kelley is one of more than 840 individuals charged so far in connection with the attack. According to a report by the Democratic Legislative Campaign Committee, at least 18 Republican state legislators who attended the rally on January 6, 2021, currently hold official positions.

WHO warns that obesity causes 1.2 million deaths in Europe every year

Fri Jun 10 , 2022
One in three school-age children, one in four adolescents and almost 60% of the adult population in Europe are currently overweight or obese, according to the WHO. (9-6-2022). Obesity is the leading cause of death for 1.2 million Europeans each year. This is the main conclusion of the WHO regional […] 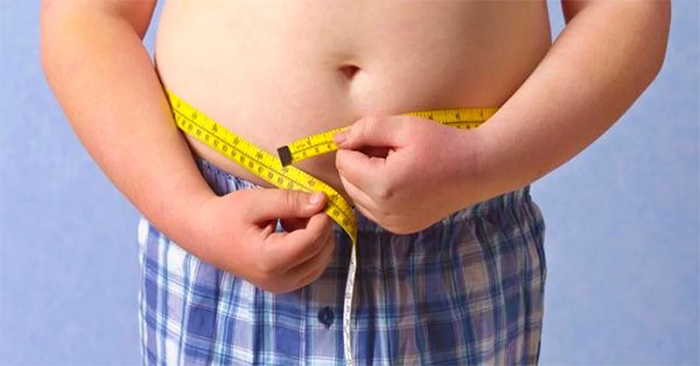