The river tram is equipped with two electric engines and will be able to operate all year round at a temperature from -25 to +40 degrees Celsius.

Moscow, Russia.- The hull of the world’s first electric vessel has been assembled in Moscow. It will be tested in the cold weather, all the equipment will be set up and the work on the interior details will start.

Electric vessels will be able to sail even in winter, all of them have the ice class. One river tram can carry up to 50 people. The name of the first electric river vessel is Sinichka (a Tomtit) – the majority of Moscow citizens chose it by voting. Five options were available for the poll: Setun, Zhuzha, Yauza, Sinichka, and Neglinka. All the names coincide with the names of Moscow rivers. In 2022, 9 river vessels will start their operation and in two years their number will increase to 21.

The river tram is equipped with two electric engines and will be able to operate all year round at a temperature from -25 to +40 degrees Celsius. Electric vessels will be charged at the stops to save time between voyages and keep the headways.

«The Moscow Mayor has set the task to develop eco-friendly types of transport, so we immediately decided that river trams would be electric. In addition, the electric river vessels will operate all year round and passengers will be able to choose a faster route along the river even in winter. We believe that thanks to these advantages, the new river transport for Moscow will be one of the best among world analogues”, – said Maksim Liksutov, the Deputy Mayor of Moscow for Transport.

Mon Mar 14 , 2022
Brooklyn Fitboxing aims to donate $15,000 to Ukrainian refugees – CMD Sport In order to provide you with a better service, CMD Sport uses cookies. By continuing to browse the site you accept their use. To accept Primary Mobile Navigation FITNESS Launch the #Hit4Refugees challenge on March 11, 2022 at […] 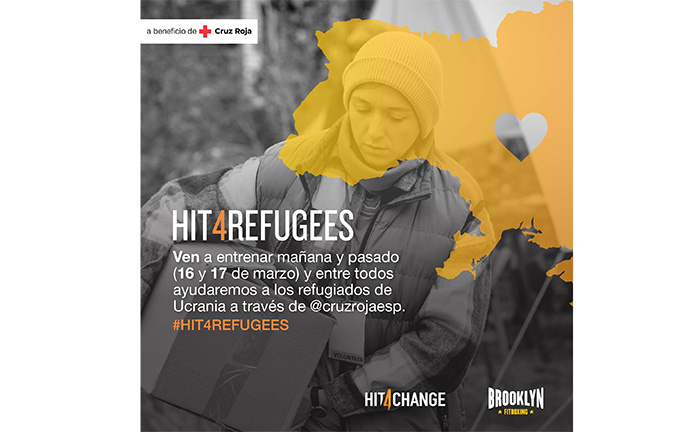