The gala of the 26th edition of the Goya began at 10:00 p.m. However, from very early on, the Police had several blocks cordoned off around the Municipal Palace of Congresses in Madrid.

Security measures were so tight that even accredited journalists had trouble getting into the building. How, then, did the hundred or so fans who had been suitably placed at the door gain access?

Rumors suggest that they were hired extras to avoid hearing slogans such as “your garbage is not culture” or “those boobs (or cocaine, depending on the recipient) I paid for”.

Anonymous had made public their intention to go to protest, but they had to settle for staying behind the police cordons hundreds of meters from the actors (and the TV cameras). Even so, a spontaneous managed to jump on stage with the V for Vendetta mask.

The previous two years the gala had been entertaining and fun thanks to the baton of Alex de la Iglesia. In this edition the conductor was Eva Hache and the result has been one of the dullest galas in memory, except for the monologue by Santiago Segura, which deserves a separate mention. Although we must admit that it has been bland, yes, but not seedy as we have seen many.

At last it seems that Spanish filmmakers have learned what glamor is, we have seen more suits and tuxedos than ever. They have put aside political slogans, even when the PP governs, with the sole exception of Isabel Coixet and her swearing in favor of Judge Garzón. Of course, he won the Goya for the documentary Listening to Judge Garzón, so it was to be expected.

However, the gala had some exciting moments, such as the great applause for Silvia Abascal on her reappearance after suffering a stroke almost a year ago. She was very moved and in tears she gave thanks “for being able to stand here”.

Without Alex, the self-criticism is over

Enrique González Macho, current president of the Academy, came out on stage with his vice presidents Judith Colell and Marta Etura. Alex de la Iglesia was characterized by self-criticism and lowering the smoke of Spanish cinema. “We love to look at our navel” or “we are not that important, we only make movies” were some of his messages.

He also said that the internet is the present. For Macho, on the other hand, “it is the future”, “it is not part of the economic activity of cinema” and “it is not yet an alternative”. He also threw darts at “that minority audience that viscerally, not rationally, treats our work with indifference, and in some cases with hostility.”

He went on to say that “it may be that we are partly to blame, but certainly not all.” Apparently Macho does not remember the finery of the No to war and the Never Again, in his hands it is not going back down those paths now that he returns to govern the PP.

Without a doubt, the best moment of the gala was Santiago Segura’s monologue. González Macho had already warned that he would leave Segura about 10 minutes to say what he wanted as compensation for Torrente 4 (the highest grossing film of the year in Spain above Harry Potter, Twilight…) not having any nominations . It took 5 minutes.

As soon as he left he said “thank you friends for these warm applause. I’m devastated, depressed… you know that there are 29 categories in the Goya Awards and you haven’t voted for me in any of them.” He also said “only the fact of putting Kiko Rivera to work already has merit.”

A sublime moment was when he explained how an academic votes, “we don’t vote scientifically but because of hatred, quarrels, friendship…”. At that point Salma Hayek already knew that she was not the winner of the Goya for best actress. “Salma, don’t worry, when there is an international star in our film, we nominate her to come and give glamour, but then they leave with one hand in front and the other behind, it has happened to Ryan Reynolds, Nicole Kidman…”.

And it was the turn of the directors. “Benito, La voz dormida, I’m so happy that for the first time a movie about the civil war is valued at the Academy; Pedro, I won’t tell you anything because you’ll get pissed off and leave the Academy.”

“Just kidding, Pedro is a mature and consistent guy, he would never do that.” The truth is that he did leave the Academy because of a tantrum after not being awarded. And he ended with “Urbizu, you’ve done a genius, a corrupt policeman, with a mustache, with a beer belly, drunk, all day in hostess clubs… you make him a member of Atleti and a fan of Fary and you embroider it”. That said, all genius.

As for the palmares, it has been a year of distribution. He has fairly won No Peace for the Wicked (6), who takes all the important ones, ahead of The Skin I Live In (4), Blackthorn (4), The Sleeping Voice (3) and Eva (3).

The Goyas this year have not been pleasant, but at least they have been cinema, only and only cinema (except again for Coixet, as we already know).

Rocfit and SportsArt advise how to build a greener gym

Fri Feb 25 , 2022
The e-book is entitled ‘Transform your gym into an eco-friendly space’. (25-2-2022). SportsArt, a brand that Rocfit distributes exclusively for Spain, has launched a free e-book for the Spanish-speaking market in which it delves into the benefits of creating an ecological training center, capable of minimizing the impact on the […] 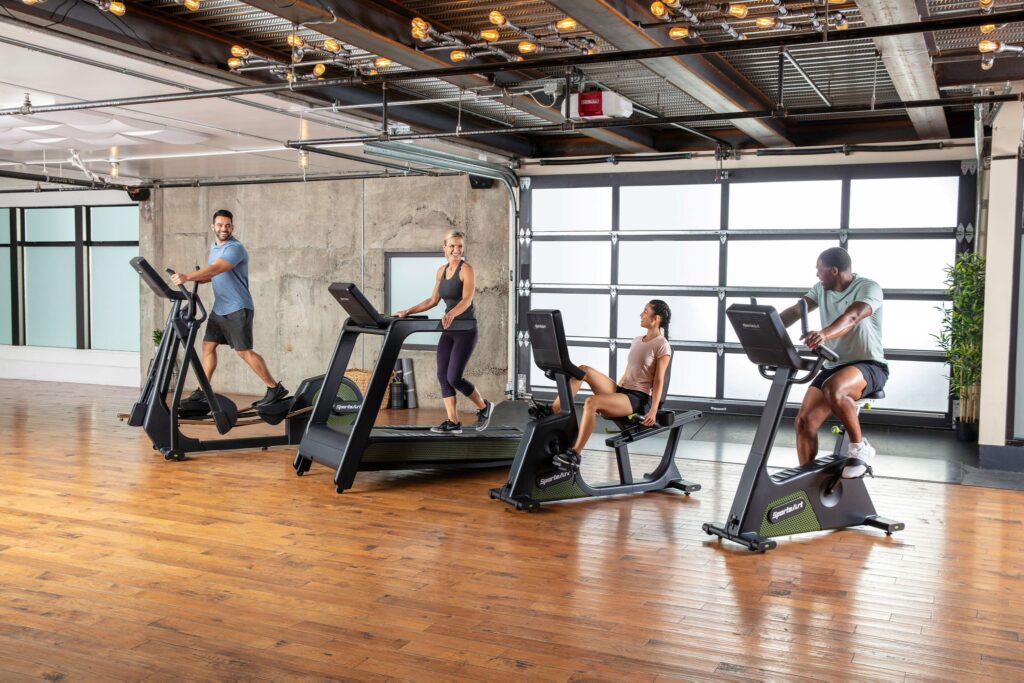