EUROBIKE 2023 EARLY RIDER. The 2023 Eurobike fair will be held at the end of June, an unprecedented date, as it had always been held later.

At the National Cycling Congress, experts from practical planning, science, business, politics, as well as from clubs and associations will meet at the Frankfurt fair from June 20 to 21, 2023 to discuss current issues, challenges and visions for the future of cycling. Germany’s largest cycling congress is held every two years and provides a forum with numerous panels and discussions for the federal government, state governments and municipalities to share ideas on innovative solutions that make cycling an attractive option. In last year’s edition, more than 2,800 experts from around the world attended the virtual edition of the National Cycling Congress.

Immediately after the congress, from June 21 to 25 and also at the Frankfurt Fair, cycling enthusiasts and suppliers to the bicycle industry and the cycling trade will meet at the Eurobike fair.

According to the director of the Eurobike, Stefan Reisinger, “we are delighted that the new edition of the fair in Frankfurt continues to meet the demand of the fair to strengthen the political position, since it has been scheduled to coincide with the National Congress Cycling, both in terms of time and location.

Reisinger added that “the bicycle industry brings together politicians and scientists at Eurobike, the epicenter of innovation and development in the bicycle sector. The good news is that Eurobike will now take place well before the main holiday season in most countries, putting the event in an even better position to establish itself as the leading international meeting place for the bicycle industry and Mobility”.

Internal dissensions due to the war in Putin's environment

Thu Mar 24 , 2022
Vladimir Putin, conducting business in the Kremlin. / AFP Anatoli Chubais, responsible for the post-Soviet ‘privatization plan’ and mentor of today’s Russian president, tenders his resignation and leaves the country, while the whereabouts of the Defense Minister are unknown The possibility that the invasion of Ukraine could destabilize the power […] 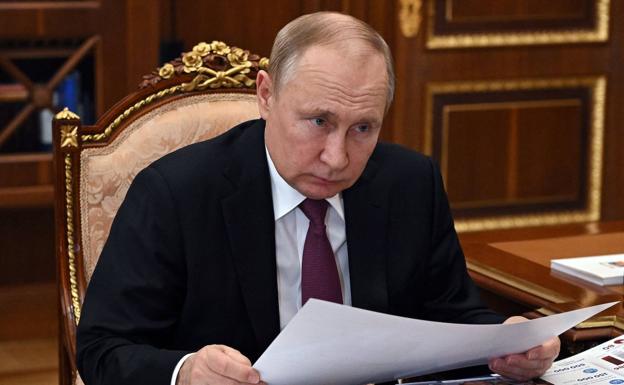