In 2021, the export value of Taiwanese electric bicycles to the European Union increased by 15.68%, compared to 2020.

(11-7-2022). Taiwan exported nearly $2 billion worth of bicycles, electric bikes and cycling components in the first four months of this year. The figure was 28% higher than the same period last year. Exports of ebikes will exceed those of conventional bicycles

Figures from the Ministry of Economic Affairs and the Taiwan Bicycle Association show that exports of cycling components grew the most, while the revenue generated from electric bicycle exports will exceed that of traditional bicycles this year.

The Ministry of Economic Affairs and the Taiwan Bicycle Association also released export figures for the entire calendar year 2021. Last year, the total export value of Taiwan’s cycling products reached 5.15 billion US dollars, up almost 40%. more than in 2020.

Electric bicycle exports to the US increased by 75.7% Electric bicycles grew even more significantly, by 75.72% last year, amounting to almost 380 million dollars.

The process of choosing the next British prime minister is accelerated

Mon Jul 11 , 2022
Boris Johnson, this Monday during a visit to a scientific research center in London / reuters The conservative party begins voting on Wednesday to find Johnson’s replacement, who will be appointed on September 5 Boris Johnson declined to identify his favorite on Monday from the large group of candidates to […] 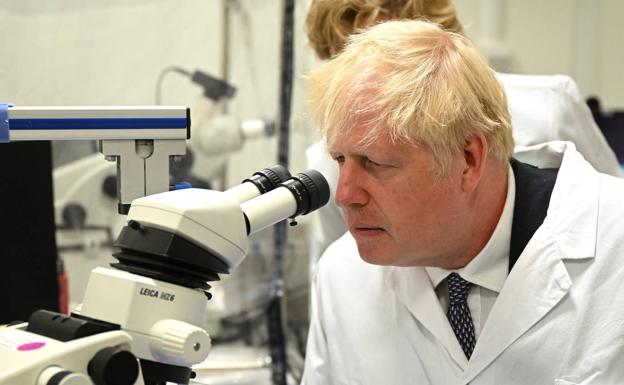