Svetlana sings a lullaby to Valery. There is no way to put the little one to sleep, only two weeks old. She is one of 17 babies born by surrogate mothers who await the arrival of their foreign parents in this makeshift clinic on the ground floor of a building on the outskirts of kyiv. Valery is the name with which his Ukrainian caregivers have baptized him, who do not know the real names that the families have chosen for them. “The most important thing is his safety; here they are safe from possible bombing by Russia and we wait for their parents, who are from different countries and continents”, explains Svetlana, who has been working with this company for three years. There are ten caregivers and, due to security concerns, they live in the same clinic. The war has paralyzed Ukraine, but it cannot stop the pregnancies of surrogate mothers who are out of accounts every day.

The cries and lullabies are mixed with the warlike images broadcast on television. They have turned down the volume, but there are explosions, rocket launches, injuries and speeches by President Zelensky. “They are children born in the middle of a war and this has complicated a whole process that used to be done very quickly,” laments Svetlana, who, like the rest of the employees, has one eye on the babies and the other on her two children who await you at home in these hard days.

The clinic has a first room where the bottle area and strollers are located to rock those who are more warriors and a second, larger one, for changing tables and well-distributed cots. Everything is spotless and the caregivers show the hand they have with the babies, who are able to put three to three to sleep while they sing to them in Ukrainian.

The person in charge of the center, integrated into BioTexCom, the most important company in the sector in the country, says that the children belong to families from Argentina, Germany, China, England and Italy and assures that the necessary steps are being taken so that they meet with them “as soon as possible”. Surrogacy is a practice not allowed in many nations, such as Spain, but legal for married and heterosexual couples in Ukraine, which has become one of the world’s largest centers of surrogacy.

The surrogate mother signs the waiver of the child 48 hours after giving birth. From that moment on, the baby is in the hands of the intermediary company until the biological parents receive it. Sources consulted by the newspaper ‘The New York Times’ revealed that, currently, there may be “500 women with surrogate pregnancies for foreign clients.”

“Here we are, waiting”

«I don’t like the expression surrogacy; better to say subrogation », defends Gastón, who drinks mate with María at the doors of the clinic. This Argentine couple did not think twice and on March 12, in the midst of the conflict, they crossed the border from Romania and settled in kyiv to await the birth of their first daughter, Lola, scheduled for March 23. «We did not want to risk it, we could not risk leaving it here at the mercy of a possible invasion by Russia. Someone could take her away and we would lose her forever, so here we are, waiting, so that the three of us can travel back home together », comments her future father.

Gastón doesn’t like the expression ‘intentional parents’ either. “We are the biological parents and that’s what we have to call it,” he defends. This couple from Buenos Aires started treatment in 2020 and, after five attempts, they can’t wait to hold Lola in their arms. They assure that the treatment with the company in charge of the process has been “very professional; their slogan is ‘safe baby’ and they comply with everything signed in the contract». The final bill reaches 50,000 euros.

María had a health problem and a possible pregnancy could put her life at risk. That’s why they decided to go to surrogacy. “As a woman, I have thought about it a lot and my conclusion is that this is the most beautiful thing that a woman can do for another. She is the one who decides what to do with her uterus and if she helps her financially, the better », she reflects between drinks and drinks of mate. Not many parents now risk making the trip to kyiv. Most are looking for a safe way to get the little ones to Lviv, in the west of the country, or the border with Poland, Romania or Moldova. There they pick them up. Gastón and María have already got used to the explosions that resound in the sky of the capital and count the days to get out of here.

The lullabies and the rocking in the stroller have finally been able to with Valery, who has closed his eyes and sleeps peacefully without being affected by the cries of other little ones. The movement is constant between bottles, pats on the back for the airs, diapers, walks in arms… Outside there is death and destruction. Here, life is breathed.

Sat Mar 19 , 2022
All companies should be wary of the security of their customers, but especially those that are dedicated to financial management have to be prepared for a cyber attackCovering all the potential weaknesses of a defense system is not always easy, but there are certain unavoidable precautions, where any strategy should […] 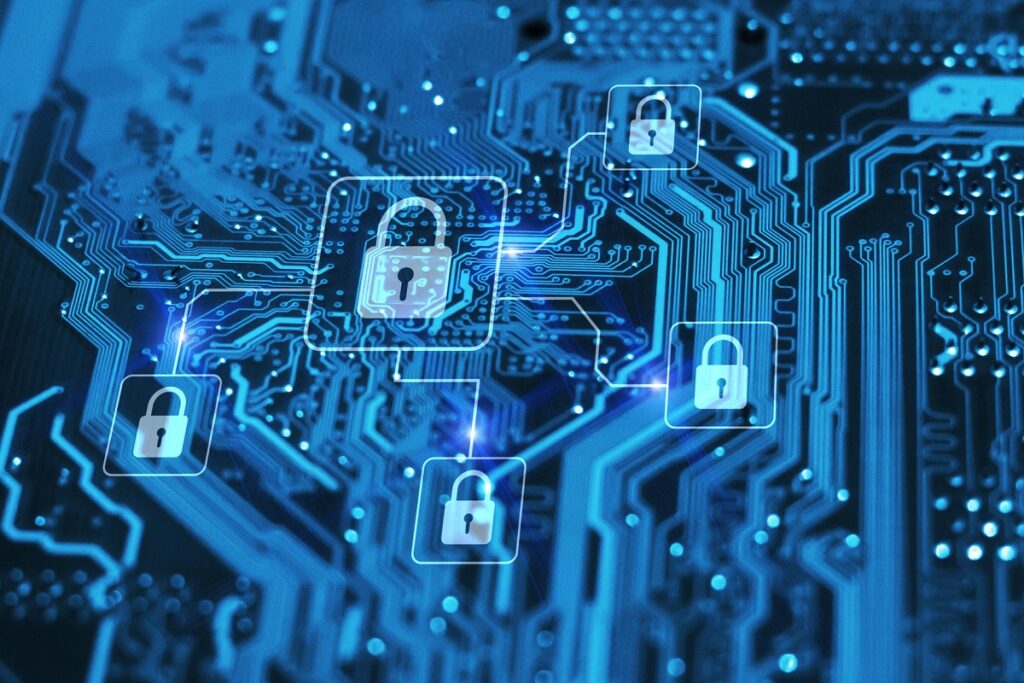